Five values to remember in the fight against Islamophobia 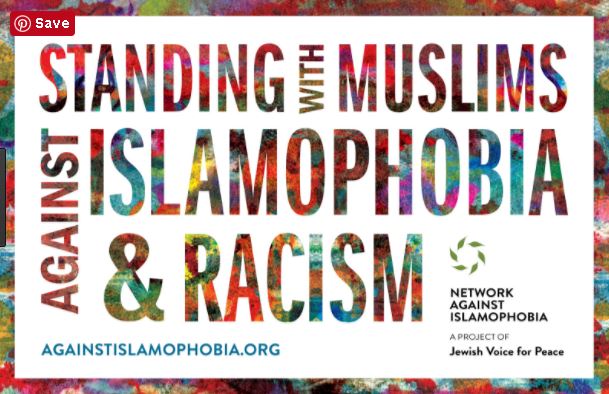 Islamophobia is here and it is real. There is a deep-seated current of anti-Muslim prejudice in American society today. Survey after survey has quantified this. Meanwhile, many Muslims remain conflicted about challenging this intolerance. Some shrug off incidents of discrimination against them personally, thinking either they don’t matter or that nothing will change if they report them. Others dispute the use of the word “Islamophobia” in the first place, arguing there is no need for this description of the only acceptable racism left in our nation.

While it is important to discuss how to fight this prejudice, it is also critical to keep in mind the underlying values necessary to challenge it.

Here are five key values to keep in mind while fighting Islamophobia.

1. Don’t ignore Islamophobia, challenge it
God has commanded Muslims to be firm in responding to injustice (Quran 42:39). Prophet Muhammad, peace and blessings be upon him, never advocated an approach that sought to hide or ignore problems. He was clear and forthright in challenging all kinds of injustice, be it racism, domestic violence, or killing innocent civilians in war. He discussed these issues in Khutbas, but also directly counseled and taught the Muslim community how to eradicate these ills from within.

This is the same approach we need to take when it comes to Islamophobia. We cannot and should not ignore instances of prejudice and discrimination. Ignoring Islamophobia is like tolerating it. It is real. It kills. It hurts. It cannot be wished away.

We also need to stop shying away from using the word “Islamophobia”. Amongst many Muslims, it has become the “problem with no name”, and it should not be. Like a disease, it is by naming the problem that we can isolate it and start seeking solutions, similar to how the words “racism” and “anti-Semitism” are today associated with specific types of prejudice.

2. Dialogue with the Champions
Racism, prejudice, and intolerance in America are not new. Other communities, from Native Americans and African-Americans, to Jews and Catholics, have all tasted its bitterness. As Muslims, we need to start building connections with these communities if we already haven’t. We need to learn from their historical experience and struggle. Coalition building was a primary strategy of the Prophet in fighting torture, discrimination, and hostility to repel it with goodness and a common agenda.

3. Rebuild those neighborly relations
Instead of a term of distance like “Non-Muslims” use a term of relationship like “neighbors” when referring to our neighbors. The Prophet said, "Jibril kept recommending treating neighbors with kindness until I thought he would assign a share of inheritance to the neighbors." (Bukhari and Muslim). Given this level of familiarity and closeness we should have with our neighbors, it is amazing the way we keep ignoring them, especially in neighborhoods with large, vibrant mosques and Islamic centers.

But a Masjid in Joplin, Missouri is one of the few that seems to have taken this neighborly duty to heart. And this is in a state that has passed an anti-Sharia bill. When a deadly tornado struck in May 2011, it became a center of relief for the community. A year later, a suspicious fire burned the masjid down, and in response, the city’s non-Muslim residents banded together in support, offering space to pray, as well as helping to collect more than enough funds needed to rebuild the only mosque in Joplin.

This is an excellent example of building neighborly relations from the Islamic perspective, and it is one more of us, individuals, families, communities, and institutions, need to take to heart.

“Good and evil deeds are not alike. Requite evil with good, and he who is your enemy will become your dearest friend. But none will attain this save those who endure with fortitude and are greatly favored by God” (Quran 41: 34-35).

4. Be open to all people and avoid generalizing
Our neighbors are fair-minded people. That is the reason 59% of them said immediately after 9/11 that they had a positive opinion of Islam and Muslims. It is the multi-million dollar public relations hate machine that keeps them confused. There are still 75 million Americans who, despite all of the Islamophobia in the media, think positively about Islam and Muslims.

Also note that not all media or all non-Muslims support this type of insulting behavior. Many of our neighbors have been at the forefront of condemning torture, bombing, and occupation.

It’s hard not to generalize when we’ve had repeated bad experiences with individuals from a particular ethnic, racial, political, or religious background. We often feel justified in these prejudices, even as we hate the Islamophobia we are targets of. However, this runs directly contrary to Islamic principles of fairness and respect for every individual. No, we can’t generalize, ever.

Case in point: one of my son’s former co-workers, a Republican in his 50s, took the time out a few years ago to write a letter to the mayor of his Chicago suburb to support a Masjid that was in the process of being built, much to the chagrin of a number of loud, angry residents.  Nowadays, as many Republicans spout Islamophobia in the run-up to this year’s presidential elections, it’s easy to forget that not all members of this political party are racist and intolerant. We need to keep this in mind as we challenge Islamophobia.

5. Stay positive, full of positive Dua and hope
Optimism is the way of the believer. It is the Sunnah of our beloved Prophet. It is understandable to feel the burden that Islamophobia places on victims, and even on those of us who are not. We may not have been discriminated against at work, but we routinely see or hear Islam and Muslims being used as cannon fodder for insulting jokes, intolerant laws, and other forms of prejudice. But this world is temporary, and things do change, often for the better more than for the worse. Compare the treatment of African-Americans and Jews 50 years ago today. The change is remarkable, even as challenges remain.

Also, remember this example from the life of Prophet Muhammad, peace and blessings be upon him: it was a man born to the abusers of the city of Taif who, within 80 years, brought Islam to South Asia, which is now home to almost one-third of all Muslims in the world. The 17-year-old Muhammad bin Qasim was the son of the Thaqafi tribe of Taif, the same city where the Prophet was tortured, but was hopeful that if not they, then their children would find their way to God. These people sent their children to throw rocks at him when he came to invite them to Islam. Battered and bleeding, he prayed for them, and didn’t curse them, hoping for the best. Little did he know what an impact this act of optimism and positivity would have for the future of Islam and Muslims.