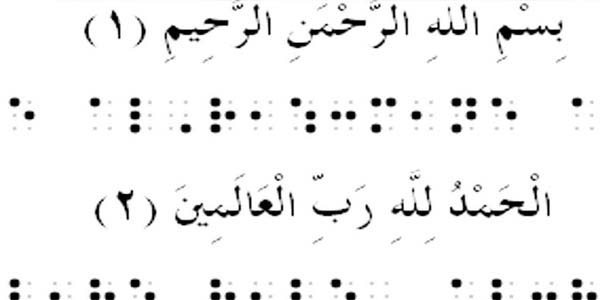 TEMERLOH: Moved by the sight of visually-impaired people reading and memorising the Quran from copies in Braille, a 39-year-old housewife with perfect eyesight decided to sign-up for Braille Quran classes at the Malaysian Blind Muslim Association (Pertis)’s Mentakab branch near here, last year.
So touched was Siti Noor Mohamed in witnessing sight-impaired Quran readers during her visit to Pertis last Sept, that she felt compelled to experience their method of learning the Holy book. The mother-of-four now diligently detects and interprets the dots and bumps of Braille characters alongside her sight-impaired classmates, in an effort to memorise the Quran.
Beyond her initial curiosity, Siti, from Kampung Kelubi near here, now aspires to one day teach blind children to read the Braille Quran. She said she always feels humbled when she observes how determined her visually-impaired classmates are in attempting to memorise the Quran.
"Despite being born with a disability, they don’t use it as an excuse not to learn the Quran. Instead, they work hard to be just like other people. I see now that there is no reason for able-bodied Muslims not to read the Quran.
"When I first joined the visually-impaired classes, I started to have a high regard for them. Even blessed with proper eyesight, I found it tough to use my fingers to identify the characters in Braille.
"Before I could start with the Braille Quran, I had to familiarise myself with the characters which form the scripts of the Quran, and took almost a month to learn them. Nothing came easy, but all the hard work allowed me to complete my first juzuk (chapter), and now I am memorising my second juzuk," she said.
Siti said her friends at Pertis often help her during classes, and in return, she would regularly assist them with their reading, to ensure that they do not get the characters wrong.
"Although I have completed reading the Quran (khatam) several times, I discovered that reading the Braille Quran helped improve my reading. I hope to complete the remaining juzuks soon, and use my experience to help these special people here, especially the children, recite the Braille Quran," she said, adding that she goes for classes at Pertis twice a week.