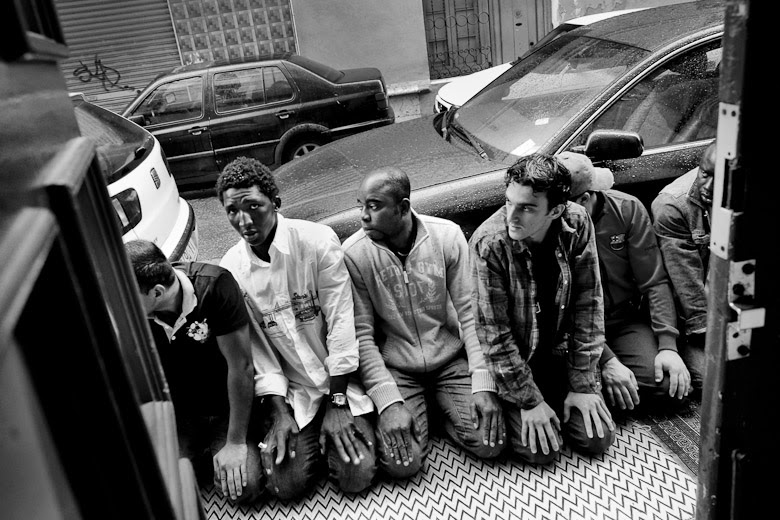 We have been talking about the need for unity among us for so long and yet unity never comes and strength never follows. In fact, it seems that the more we talk about unity, the more we get divided. Is it not time that we ask ourselves why unity so alludes us despite the fact we talk about it and our din stresses it?

And obey Allah and his Rasul and do not dispute, for then you will be weak in hearts and your strength (rih) will depart. And be steadfast; surely Allah is with the steadfast (sabirin) (8:46).

O believers! Obey Allah and obey the Rasul and those in charge among you. And if you dispute in any thing, refer it to Allah and the Rasul if you believe in Allah and the last day. This is better and more suitable in the end (4:59).

Notice that in one ayah Allah says, la tanaza‘u (do not dispute). Perhaps the view of unity as having no dispute is based on an exclusive focus on this ayah. But let us also keep in my mind the second ayah that says fa in tanaza‘tum fi shay` (if you dispute in any thing). This ayah accepts that disputes will arise and gives guidance to resolve them.

Thus we should view disputes as undesirable and at the same time unavoidable. Therefore unity requires being prepared to deal with disputes when they arise, which means creating procedures to resolve them. Allah gives the general principle of resolving disputes: refer them to Allah and the Rasul (sall allah ‘alayh wa sallam).

This principle was simple to apply in the time of the Rasul (salla allah ‘alay hi wa sallama) – the believers could go to him and ask for the decision. Now its application requires creation of suitable institutions.

It requires courts with judges having knowledge of, and commitment to, Islam. The judges must be independent, not controlled by the governing authorities. Notice that Allah first says:

“Obey God and obey the Rasul and those in authority among you”.

Then when there is a dispute the ayah simply says:

“refer it Allah and the Rasul”

Those in authority are not mentioned. This has two implications:

a)      Disputes can be between those in authority and other Muslims.

b)      Judgment in the dispute should be independent of those in authority.

Recently, the Government in Ontario decided to create Islamic courts to resolve family disputes. This is a welcome development, but unfortunately some individuals, even those who call themselves Muslims, have opposed the idea despite the fact that other communities have similar courts and despite the fact that the proposed Islamic courts would not have the final say. Referring disputes to Allah and the Rasul (sall allah ‘alayh wa sallam) is a commandment of Allah and if we reject it in principle then we are no longer Muslims. Notice that when Allah says that refer your disputes to him and to the Rasul (salla allah ‘alay hi wa sallama) he adds:

“if you believe in Allah and the last day”

That is, basic Islamic belief makes it necessary that we should refer disputes to Allah and the Rasul (sall allah ‘alayh wa sallam).

Some individuals even reject the whole Shari‘ah. They say that they want Islam but not the Shari‘ah. But the Shari ‘ah is part of what the Rasul (sall allah ‘alayh wa sallam) has brought, as Allah says:

Then we put you [O Prophet] on a shari‘ah in the matter. So follow that and do not follow the vain desires of those who do not know (45:18).

What the Rasul (sall allah ‘alayh wa sallam) has brought, if used with the ‘aql Allah has given us can lead us to the best in this dunya and the best in the akhirah. So let us follow that and not be distracted from it by anything.

Our unity can be and should be achieved only on the basis of complete acceptance in principle of all that the Rasul (sall allah ‘alayh wa sallam) has brought including the Shari‘ah. Allah says:

Dear Brothers and sisters! It is kufr to reject Shari‘ah in principle because Shari‘ah is part of what the Rasul (sall allah ‘alayh wa sallam) has brought. Many Muslims are wary of takfir, that is, declaring some ideas kufr and some of their proponents as kafir and indeed we should be extremely careful in such declarations. Yet we should not go to the other extreme and start accepting even the kind of errors that undermine the very foundations on which our din and our ummah is founded. There are some things that cannot and must not be accepted under any circumstances. For example, we should never accept the idea of another prophet after the Prophet Muhammad and we should never accept rejection in principle of any part of what he has brought.

We can differ about interpreting and implementing Shari‘ah. We can also differ whether a particular hadith or sunnah is authentic or not. But if we are Muslims we cannot reject Shari‘ah. This is a basic principle in Islam, but alas, it is a sign of the times that even this needs to be repeated.

In the interpretation and implementation of Shari‘ah there is indeed a great deal of room for improvement. The ummah needs to produce scholars and thinkers who can thoroughly review the work of earlier ‘ulama`, fuqaha` and muhaddithun and build on their work by correcting and improving it where necessary. And while this process of correction and improvement continues we also need to learn how not to let differences of interpretation cause debilitating divisions among us. In this connection some general principles may be quickly mentioned. In matters of truth and falsehood, moral right and moral wrong, we should follow what we, or the scholars whom we trust, consider right and at the same time show respect for other sincere opinions. In case of other matters, relating to rules of ritual acts we should not insist on any position but rather facilitate the formation of consensus. We should reject those scholars who create divisions among Muslims on the basis of faru‘iyat (minor details related to rituals.)

The second cause of our disunity is the way our societies and associations are organized. We violate almost every Islamic principle of organization, which makes us prone to divisions and personal conflicts.

Islam gives the following principles of organization that we need to apply in our countries and Islamic centers and associations etc.

a)         Participation of the people involved, through a shura or consultation process suitable for the type of task an organization is engaged in, as Allah says:

This shura must be as inclusive as possible, as the words “among them” bayna hum make clear. Inclusive shura brings life-giving energy and ideas to an association, or group or country. Absence of a genuinely inclusive shura results in alienation and increases mistrust, which then brings divisions and/or indifference, indifference being sometimes even worse than divisions.

b)        Accountability (muhasabah) of all people charged with various responsibilities, no matter what their position or what their relation with us. Allah says:

This accountability should not be limited only to finances but also extend to performance of duties. For very small organizations this accountability could be informal but it should become more and more formal as the organization becomes bigger and bigger, e.g. through regular audits and evaluations of performance. Moreover, devious or poor performance should have consequences. There should be creditable procedures for relieving persons from their responsibilities in case of incompetence, misuse of authority, and serious violation of rules.  This is because the larger interests of an organization should take precedence over an individual’s feelings and concerns.

c)         Obeying those in position of authority (ul al-amr), when the authority is acquired by a due process and is exercised to carry out the task assigned.

Obey Allah and obey the Rasul (sall allah ‘alayh wa sallam) and those in charge (4:59).

Without such obedience there will be chaos. This obedience, however, will not come naturally if creditable processes of shura and muhasabah are not there. Without shura and muhasabah obedience can be obtained only by the use of brute force, which would on the surface create stability but under the surface generate stagnation and divisions, as we can see with our eyes throughout the Muslim world as well as in Muslim organizations here in non-Muslim countries.

At the same time we should spend enough resources to do a task well. So Allah says about believers:

When they spend they are neither extravagant nor niggardly but take a medium course. (25:67)

Say to the believers that they establish salah and they, out of what we have given them, spend openly and secretly before there comes a day when there is no trading and no befriending. (14:31)

Our various organizations in Canada are far from realizing their full potential. This is because some or all of the above Islamic principles of organization are ignored. What we need to do is to apply the above principles in all our existing organizations. In addition to smaller organizations concentrating on specific tasks we also need large organizations that represent Muslims in cities, provinces as well as the whole country. At present there exist such organizations but they have not made any genuine and successful effort to involve a really significant number of Muslims.

Dear Brothers and Sisters! The Book of Allah provides us guidance in every matter,
explaining everything (16:89).

So let us turn to it and reflect upon it and pay attention to all that it says.