Home » Lecture » Text » The Present Situation of the Muslims

The Present Situation of the Muslims

All praise is due to Allaah, Rabb of all the worlds, may peace and blessings of Allaah be upon the Messenger, his household and companions.

Fellow Muslims! The excellent Islaamic society is the one in which all its needs are achieved under the Islaamic law which cannot be weakened by crises of all kinds. That is the society whose honour is jealously protected against any aggression. Such is the Muslim society when it is in its best form and stability. But when the Muslim society fails to remain in the right path and the Qur’aan  and Sunnah are abandoned, and the way of Allaah is turned to a lonely track where only few Muslims would want to follow, then the doors of calamities are opened and the bright future is sealed.


The popular belief among people today is that our contemporary world has made a great progress in civilization and materialism and this general belief has made many nations vie with one another to catch up with this industrial progress. But all this is at the expense of piety and honesty. Industrialization progresses but spiritualism retrogresses! Materialism is promoted and adherence to religious teachings is relegated.

This lack of awareness in matters of religion is the main cause of the Muslim weakness. There is no doubt in the fact that real religiosity is to believe in Allaah, to believe in His absolute authority in the earth and to seek for leadership under the banner of Islaam. However, this cannot be achieved except through the means sanctioned by Allaah. It is then that the whole world can be governed by the Muslims in the Name of Allaah, through His Blessing, and in the light of His Law. It is also then that obligation of promoting the virtue and forbidding the vice, calling unto the way of Allaah and fighting in His cause can be maintained. It is only by this that the misconception about Islaam and modernity can be eliminated, so that the ship of Islaam can sail to the shore of glory and power.

It must also be made clear that acts of worship that Allaah ordains do not in any way disturb the progress of material life. And whoever thinks that the mind cannot be resuscitated except through the death of intellect and marginalization of worldly matter, has actually committed great mistake. On the other hand, whoever thinks that, intellectual and material progress cannot be achieved except by marginalizing the belief in Allaah and separating religion from man’s life, has also committed a grave mistake.

Therefore, spiritual purification can be achieved without abandoning the bodily needs and preparation for the Hereafter can be made without necessarily neglecting the life of this world. Allaah (s.w.t.) says,

“But seek with that (wealth) which Allaah has bestowed on you, the home of the Hereafter, and forget not your portion of lawful enjoyment in this world; and do good as Allaah has been good to you and seek not mischief in the land. Verily, Allaah likes not the mischief-makers.”  (Al-Qasas 28:77)

Fellow Muslims! No sane person will doubt the fact that Muslims’   backwardness today, their subordination, their constant distress and their feeling of dejection are all results of their abandonment of the teachings of their religion, their keeping the law of Allaah out of their lives and their betrayal of all covenants. The Messenger of Allaah warned some Muhaajireen saying, “No nation betrays the covenants, except that Allaah imposes their enemy over them and makes them seize some of their wealth; and if the leaders of any nation do not judge by that which Allaah has revealed in His Book, He will create enmity among them.”   (Al-Bayhaqee) 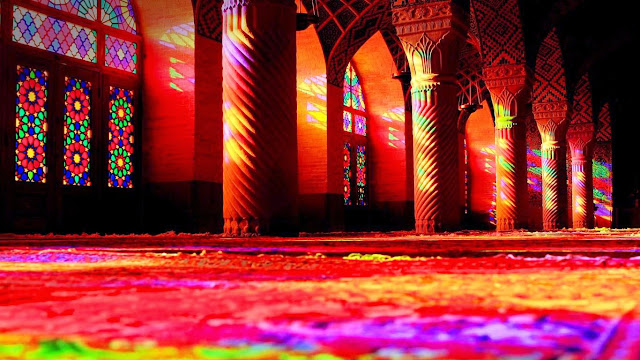 Dear brethren! There are two main causes for the ummah’s weakness. These are:

(1) Following the western trends that are based on materialism and unrestricted thoughts that have become widespread among the Muslims regardless of their educational background. Following these trends has turned many Muslims to promoters of western civilization culture and political system causing thereby corruption moral epidemic and retrogression to their pure societies, and exposing, as a result, the rights and values of the Muslims to violation and elimination. This is the actualization  of a prophecy of the Messenger of Allaah that says, “You will follow the path of those who were before you bit by bit so much that when they enter the hole of a lizard, you will follow them in to it.”   The Companions say: “The Christians and the Jews?”  The Prophet (s.a.w.s.) answered; “Who then could they be?”  (Al-Bukhaaree and Muslim)

“Like those before  you: they were mightier than you in power, and more abundant in wealth and children. They had enjoyed their portion (awhile) so you enjoy portion (awhile) as those before you enjoyed their portion, and you indulged in play and pastime as they indulged in play and pastime.”  (At-Tawbah 9:69)

(2) The second reason is that malicious incubus that seeks to eliminate the Muslim identity that is based on Islaam and some Divine injunctions like principles of allegiance and repudiation and the principle of love and hate for the sake of Allaah. This incubus seeks to limit the thoughts of the Muslims to material interests even if they contradict Islaamic injunctions. This incubus tries to drag the Muslims willingly or unwillingly to its den through man-made obligations that seek to make them dependent on the West and its materialism, philosophy and hegemony.

Brethren in faith! These two causes can greatly weaken if not totally ruin the Muslim’s relationship with his Rabb and his religion and turn the Muslims to self-centered individuals who exert their all efforts to attain only mundane benefits regardless of their being lawful of unlawful. Allaah say,

“You will not find any people who believe in Allaah and the last Day, making friendship with those who oppose Allaah and His Messenger even though they were their fathers or their sons or their brother or their people.”  (Al-Mujaadilah 58:22)

Jareer bin Abdillaah gave his pledge of allegiance to the Messenger of Allaah that he would give sincere advice to every Muslim and repudiate all disbelievers.

In the light of this, every right thinking Muslim would agree that the disbelievers never gained strength but as  a result of disunity in the ranks of the Muslims who followed their his lustfull desires. Allaah (s.w.t.) says,

“And indeed, we destroyed generations before you when they did wrong, while their Messengers come to them with clear proofs, but they were not such as to believe! Thus do we requite the people who are mujrimoon (disbelievers, sinners, criminals). Then we make you the successors after them that we might see how you would work.”    (Yoonus 10:13-14)

Fellow Muslims! The Book of Allaah and the Sunnah of  His Messenger (s.a.w.s.) contain causes of weakness that befall the Muslims. These causes are not peculiar with a particular generation of the Muslims but apply to all generations, past, present and future. Allaah explains  in the Qur’aan His method of dealing with wrong-doers  and those who slip away from their religion under false pretexts  at all times and in all places. Allaah (s.w.t.) says,

“Similar to the behavior of the people of Pharaoh and of those before them –they rejected the proofs of Allaah, so Allaah punished them for their sins. Verily, Allaah is Al-Strong, Severe in punishment. That is so because Allaah will never change a grace which He has bestowed on a people until they change what is in their ownselves. And Verily, Allaah is All-Hearer, All-Knower.”  (Al-Anfaal 8:52-53).

Nevertheless, Allaah is All-Compassionate with His slaves and bestows His favour on them but many human societies do not give thanks to Allaah. They enjoy the favours of Allaah but do not give Him due estimation. So, it is when this situation reaches its peak and when people think that they are independent of Allaah that His wrath comes upon  them and they are made to suffer defeat in this world before the painful torment of the Hereafter.

It is not the way of Allaah to unjustly turn a people’s security to fear, their ease to difficulty and their glory to humiliation. It is the people who really change their ways before Allaah punishes them. For Allaah is Just and does not wrong men with anything, but it is men who wrong themselves. 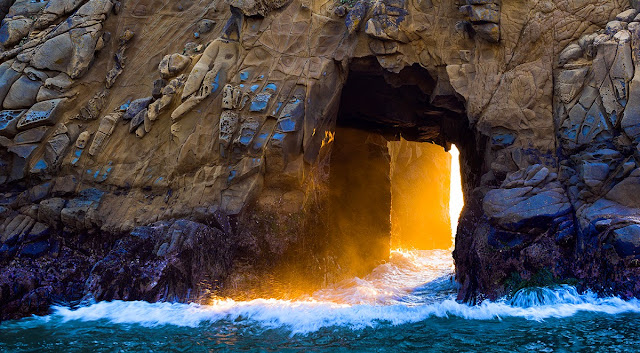 Therefore, the winds of change and reform cannot blow without turbidity as they cannot blow except from within the ranks of the Muslims themselves. The future of the Muslims can never be shaped by those who do not fear Allaah nor believe in His injunctions. Muslims must themselves shape their future in the light of the Laws of their religion - free from nationalism, regionalism and other slogans of the time of ignorance. As long as the Muslims show Allaah their sincerity and Allaah knows that their intentions are good, and they honestly take refuge with Him however difficult their situation may be, Allaah will give them relief form their sorrow. Allaah (s.w.t.) says  about the polytheist captives of the Battle of Badr:

“O Prophet! Say to the captives that are in your hands: ‘If Allaah knows any good in your hearts, He will give you something better than what has been taken from you, and He will forgive. And Allaah is Oft-Forgiving, Most-Merciful.’” (Al-Anfaal 8:70)

Brethren in faith! Return to Allaah is the only way to salvation, but that should not by mere words or false promises, for if the reality of those false promises is  hidden from  men, it cannot be hidden to Allaah, that is why Allaah followed up His saying about the captives by saying,

“But if they (the captives) intend to betray you (O Prophet), they indeed betrayed Allaah before. So He gave (you) power over them. Allaah is All-Knower, All-Wise.”  (Al-Anfaal 8:71)

Therefore, the uprightness of the society, its salvation, its success in its policies and its attainment of the highest position lie in the cooperation, self-refinement and actualization of a good relation with Allaah. It is a source of joy that Muslims possess abundant treasurers  of those concepts but they do not make use of them.

“I have been commanded only to worship the Rabb of this city (Makkah) Who has sanctified it and to Whom belongs everything. And I am commanded to be among the Muslims! And that I should recite the Qur’aan, whosoever receives guidance, receives it for the good of his own self; and whosoever goes astray, say (to him): ‘I am only one of the warnners. And say: ‘All the praises and thanks are to Allaah. He will show you His signs, and you shall recognize them. And your Rabb is not unaware of what you do.’”  (An-Naml 27:91-93)