Home » Lecture » Text » Looking after the Orphan, the Needy and the Poor

Looking after the Orphan, the Needy and the Poor 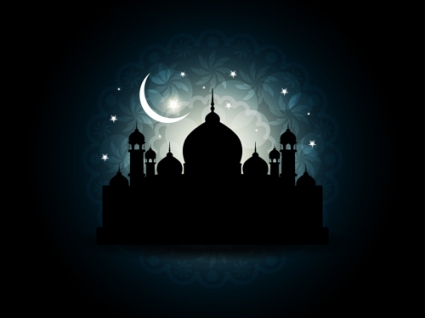 This Khutba is about the deeper meanings of piety. For piety or righteousness is not simply the number of salaat we are seen to perform or the number of Hajj we've done, rather it is something much, much deeper.

Allah says in the Qu'ran:
Have you seen the one who denies the Deen /Judgment (to come)?
Such is the (man) who drives away the orphan (with harshness),
And encourages not the feeding of the poor.
So woe to the worshippers (those who pray),
(while they are those) Who are neglectful of their prayers,
Those who (want but) to be seen (of men),
And (yet) withhold (simple and) small (acts of) kindness/assistance.
[Qu'ran 107:1-7]

The above chapter is named Surah Al Ma'un. Al-Ma’un means small kindnesses, those little courtesies and kindness of daily life that those criticized in the above chapter are unable to give. Scholars have said that it implies items of common use; for example, cooking-pots, buckets, salt, water, fire, flint, basic food and others have said this includes monetary charity, including zakat, in other words it is being of general assistance to those around one. 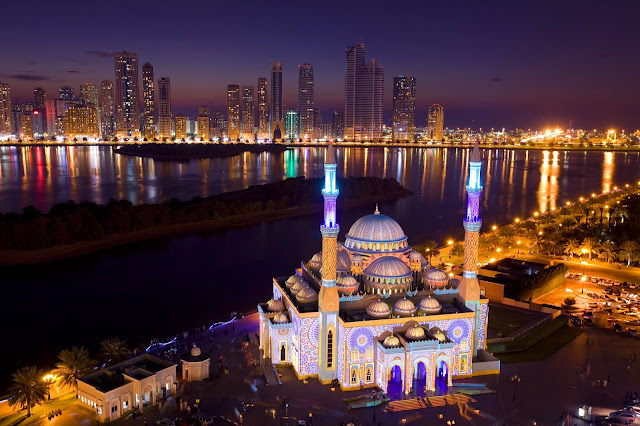 So if these people are praying and simultaneously praying and yet driving away the orphans and not even helping people with everyday small assistance, then the prayers themselves should be called into question – are they really praying, well as Allah says it's all one big show:
Those who (want but) to be seen (of men),
[Qu'ran 107:6]

It is interesting that Allah singles out looking after the orphans for special mention in this Surah. This is a consistent theme throughout the Qu'ran, as the verses below demonstrate:
"…It is righteousness- to believe in Allah and the Last Day, and the Angels, and the Book, and the Messengers; to spend of your substance, out of love for Him, for your kin, for orphans, for the needy, for the wayfarer…"
[Qu'ran 2:177]

"They ask you, [O Muhammad], what they should spend. Say, "Whatever you spend of good is [to be] for parents and relatives and orphans."
[Qu'ran 2:215]

"Indeed, those who devour the property of orphans unjustly are only consuming into their bellies fire. And they will be burned in a Blaze."
[Qu'ran 4:10]

With the Qu'ran repeated emphasis on the orphan – it behooves us to ask
what is it about the orphan that brings about this concern?

Every parent knows the answer to this, but even those who don’t have children of their own may be aware of the level of dependance every child has on their parent. A child's eyes light up when they see their parents, they light up with the noor that only children have. Their parents are their world; their entire trust is that as long as they are in their parent's arms they are fine. That is why educationally it is said that it is imperative to answer the cries of the child when it cries, otherwise the trauma on a child can be very hard and can have lasting consequences. A child's reliance on their parents is a crucial, formative part of their upbringing and to not have that is a huge factor. The feeling of being an orphan is loneliness, helplessness that there is no-one there to look after one. And this why Allah is commanding us to look after them because as the Prophet said:
“The merciful are shown mercy by the All-Merciful. Have mercy to those on earth, and the Lord of the Heavens will have mercy upon you.”
[Sunan Abu Dawud, Tirmidhi]

This Hadith is one of the first hadeeth taught to anyone aiming to study the Islamic sciences of hadeeth, who aspires to be a Talib al Ilm. It is referred to as Hadith al -Musalsal’ alawaliyyah – the first hadith of a chain. The aim in making this the first hadeeth is that the hadeeth itself should set a tone with regards to the imparting of knowledge, that it should be infused with mercy. In other words, the students ambitions become an ambition of service, so when the day arrives that the student eventually becomes a teacher he does it out of service, not ostentation. For Allah loves us to serve, to be of help, especially to those who were needy and the orphan is the epitomie of neediness.

As the prophet said:
"I and the caretaker of the orphan will enter Paradise together like this (raising by way of illustration his forefinger and middle finger jointly, leaving no space between them)."
[Sahih Al-Bukhari] 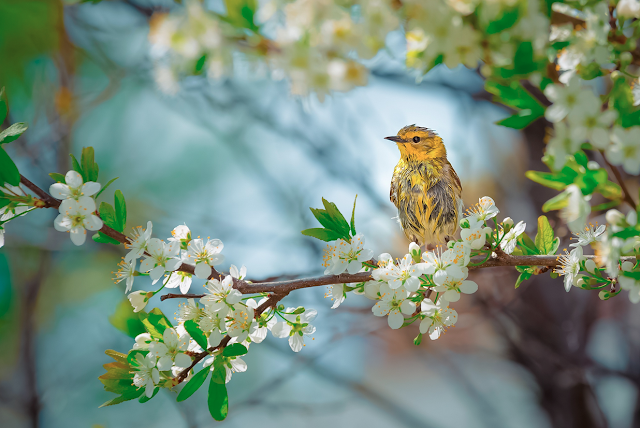 The reason why the prophet alluded to the closeness one who looks after the orphan will have with on the last day is because of the closeness of function; looking after the needy was his function and we are raised with whom we are like.

The Prophet was given special training in this regards, to feel empathy and at one with the orphan and the needy, because he himself was (effectively) orphaned not once, nor twice but three times. His father, Abdullah, had died before he was born, dying of an illness he contracted in Yathrib/Medina on a caravan trip while the Prophet's mother Amina was pregnant.

His mother, Amina, died when he was between five and six years old, like his father who died in Madina, she died not far from it, having contracted illness on a family trip there on the way back. His effective parent, his grandfather, Abdul Mutallib, who sought to replace his parents by always keeping him around him in Mecca, died when he was aged eight.

In a society where lineage was practically everything when it came to social rank; Allah chose His Messenger to be an orphan. Placing His trusty message where people would least expect it; as is often His Sunnah, to show us that He is in charge and not us.

So when Halima came with her husband to look for a child to wet-nurse; she found the Prophet amongst the children neglected and not taken because no-one attached any material importance to him on account of his being an orphan. Her choice to take the Prophet opened up the gates of Baraka in her life. And this too is the Sunnah of Allah as He places His Baraka where people least expect wordly benefit; in the help of the orphan, the needy and the poor.

When We inspired to your mother what We inspired, [Saying], ‘Cast him into the chest and throw it (the chest) into the river
[Qu'ran 20:39-39]

Throw it into the river! One would think that would be reverse logic, except the mother of Musa was acting on divine inspiration, she had tawakkul. Her trust wasn’t so much in the asbaab ('the means', here embodied by the chest) but in the musabbib al asbaab ('the originator of the means', namely, Allah). When we put our trust in the asbaab (means) alone and ignore the one who originated the means we usually face a bitter end, like when the son of Nuh (peace be upon him), responded to his father:

"and Noah called to his son who was apart [from them], "O my son,
come aboard with us and be not with the disbelievers." [But] he said, "I will take refuge on a mountain to protect me from the water." [Noah] said, "There is no protector today from the decree of Allah, except for whom He gives mercy." And the waves came between them, and he was among the drowned.
[Qu'ran 11:42-43]

So to go back, this was the big lesson that Allah was teaching the Prophets by making them Orphans or through other means- teaching them to place on their trust on Allah and not on the asbaab. Thus when Musa (peace be upon him) was formally ready to become a Prophet, he stopped at Mount Sinai and noticed a fire upon the mountain. When coming to the fire, he heard a voice calling him by name. This voice then commanded Musa to remove his shoes, as he was standing on sacred ground…and then came the instruction: 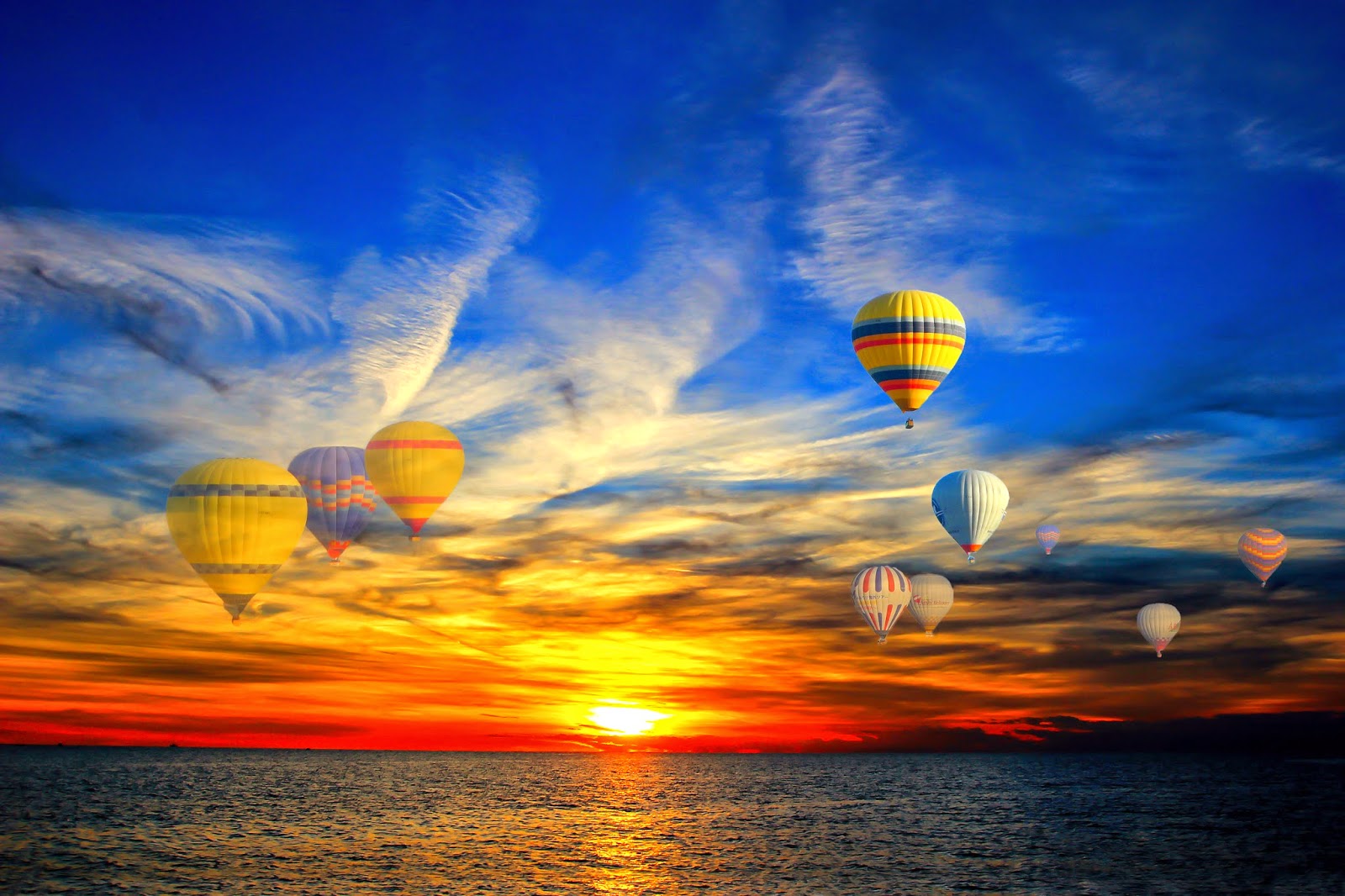 And after Allah had informed His Prophet of having chosen him and having entrusted him with the message, He asked:

And what is that in your right hand, O Moses?" He said, "It is my staff; I lean upon it, and I bring down leaves for my sheep and I have therein other uses."
Allah] said, "Throw it down, O Moses." So he threw it down, and thereupon it was a snake, moving swiftly [Allah] said, "Seize it and fear not; We will return it to its former condition. [Qu'ran 20:17-21]

Scholars say the deep instruction behind Musa (peace be upon him) being commanded to throw down his staff, was because he responded by saying, "I lean (rely) on it". Allah wanted to show that it was He who Musa should lean and rely on, thus He ordered for it to be thrown and transformed it into a snake. Only once Musa (peace be upon him) had seen this and was and completely congnizant that it was Allah existentiating his staff, that it was right for Musa to seize it and fear it not.

And so it is with the Dunya, the scholars say that if we want to follow the Prophetic example, we need to cast it out of our hearts and see it for what it is – a Snake. Sayyiduna ‘Ali Ibn Abi Talib (radiya Allahu ‘anhu) is reported to have written to Salman al-Farisi (radiya Allahu ‘anhu) saying, “The likeness of this worldly life (dunya) is that of a snake: soft to the touch, it will kill you with its poison. So turn away from what impresses you of it, since what stays with you is so little." (Ibn Abi al-Dunya, Kitab al-Zuhd, article 164)

But once the Dunya has been cast down from our hearts, akin to the staff of Musa, it is seen for what it is and is no longer relied upon – only then can we take it back. In that case the Dunya becomes a great tool of service, but resides in our hands, not our hearts. That is why they say the Aarif (or the one who knows Allah) has no dunya, rather he converts all his dunya to akhira, in service of his Lord.

And all of them are coming to Him on the Day of Resurrection alone. [Qu'ran 19:95]

But those who did good deeds out of mercy with find His Mercy on that day:
Indeed, those who have believed and done righteous deeds - the Most Merciful will appoint for them affection. [Qu'ran 19:96]

A local Abu Dhabi based Project of looking after the needy In the spirit of helping those who are needy with the Ma'un, i.e. everyday items, Abu Dhabi is blessed to have a charity initiated by sister Angel Wesley. We here at UAEKhutba would like to encourage everyone to see if they can assist this charity, being a local project it would be great if we could assist. Further details about it can be found here; their website can also be accessed from - http://www.laborofloveuae.com/