The Sad Story of Turkish Secularism 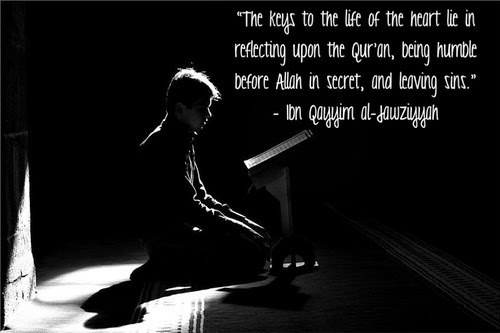 Secularism won its first and greatest victory in the Muslim world on Oct. 29, 1923, when in Turkey Mustafa Kemal Ataturk came to power and systematically proceeded with his program of secularizing that remarkable Islamic country.

Ataturk began by putting the administration of all religious affairs, including religious education, under his government's control. Then in 1924 he ordered the army and the civil servants to wear the European style hats, instead of the Turkish cap, the fez. A little later, a law completely banned the fez and obliged all male Turks to wear hats. On Feb. 17, 1926 the laws of Shariah were replaced by what was almost a verbatim translation of the Swiss code. On April 9, 1928, a clause in the Turkish Constitution which declared Islam the country's religion was removed and teaching of Islam in schools was banned. A decree in 1928 discarded the Arabic script in which the Turkish language was previously written and imposed the Roman script. Attempts were also made to remove Arabic and Persian words from the Turkish language.

In 1935, Friday was replaced by Sunday as the weekly holiday. The old Turkish titles such as "pasha" were abolished and family names were introduced as in the West. As part of this new enlightening tradition, Mustafa Kemal assumed the family name of Ataturk and became Mustafa Kemal Ataturk, although some people, who would, I imagine, be considered ignorant and backward by the Kemalists, still call him Mustafa Kemal Pasha.

After the death of Ataturk the imposition of secularist order was continued by his successors. But although Ataturk and his followers were forceful in introducing European dress, day of rest and the system of family names, they showed only faint and theoretic interest in another European tradition: democracy and freedom of expression. Ataturk practically ruled as a dictator and those who succeeded him ruled under a one party system. Opposition was ruthlessly suppressed. The justification given by the Kemalists for their un-democratic ways was the usual excuse of dictatorial regimes: people were not ready for democracy.

But the Turkish people were ready for democracy. In 1946 the Kemalist government was obliged to recognize at least one opposition party: the Democratic Party founded by Celal Bayar, which was defeated in the first election but came to power in the next.

As Turkey became more genuinely democratic, its Islamic character was able to assert itself a little more. The national assembly was soon obliged to discuss the re-introduction of Islamic education in schools. But the Kemalists were still too strong and Islamic forces still too disorganized. The discussion in the national assembly resulted only in the introduction of Islamic education for two years in primary schools and that outside regular school hours.

Kemalism was a product of a sickness from which Turkish culture was suffering at the turn of the century. Due to military defeats and other factors, the Turkish culture had lost much of its self-respect and vitality. Kemalism thrived on this condition and tried to cut Turkey from its roots, of which it was ashamed. But cultures never flourish by turning against their own roots, except by a free and healthy process of self criticism. It is therefore not surprising that despite eighty years of Kemalism, Turkey has not moved forward.

If any intellectual or journalist criticizes Ataturk, he or she can be imprisoned for as many as 15 years. Women students or professors can be thrown out of university for covering their heads. Bribery and other forms of corruption are the order of the day. Economically, the country's condition is mediocre at best of times and in technology it is behind many Muslim and Asian countries.

The way for Turkey to move forward was not to impose secularism on its people, put European hats on their heads, rest on Sundays and write their letters in Roman script. The way for Turkey and for every Muslim country to move forward has always been, and will always remain, to find, out of its Islamic past a vision of the future and then to move with faith and courage to realize that vision.

The convincing victory of the Justice and Development Party in this year’s election may provide a glimmer of hope that this may have started. But before we get our hopes too high let us keep in mind that although the victorious party was founded last year by former members of a pro-Islamic party, it has won its victory only after distancing itself from its Islamic roots and promising that it will keep Turkey secular. The pro-Islamic party itself was banned by the Turkish courts. Is it any wonder that God is not hastening to send his help to us against the aggression and oppression inflicted on Muslims by Israel, the USA, and Britain?