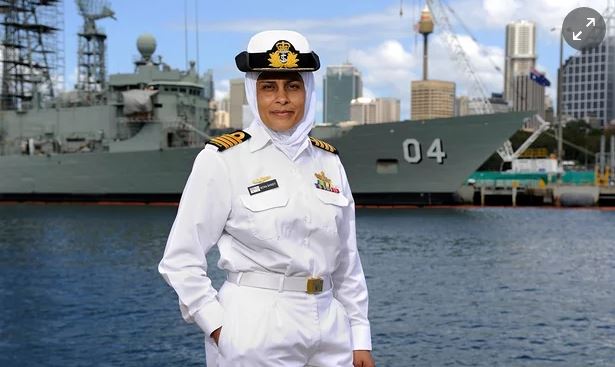 The official Twitter account of the Australian navy’s adviser on Muslim affairs was shut down within days of an official complaint by an anti-Islam group about its content, Guardian Australia can reveal.

Captain Mona Shindy, the chief of navy’s strategy adviser on Islamic affairs, had been active on the @navyislamic account until it was deleted around 22 December.

Shindy, who also heads the Guided Missile Frigate System program office, had angered rightwing activists with her tweets, including one on 22 October describing the newly launched Australian Liberty Alliance (ALA) as an “extreme, ill-informed fringe group”.

Days after Tony Abbott was deposed by Malcolm Turnbull she tweeted: “Looking forward to a #PM that unites #auspol & #OZ”.

The head of the ALA, Debbie Robinson, who has previously described Islam as “a dangerous ideology” incompatible with western society, wrote to the chief of the Australian defence force, Air Chief Marshal Mark Binskin, on 10 December asking the navy to distance itself from the account or delete it.