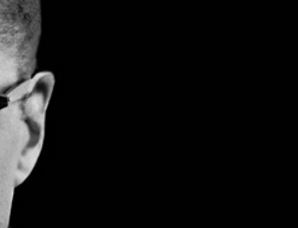 Malcolm X was perhaps one of the most controversial elements in the civil rights movement. In his early years, Malcolm X became a member of  Nation of Islam, a religion that borrowed basic ideas from the orthodox teachings of Islam and combined with racist views regarding whites taught by Elijah Mohammed. Malcolm X was a very influential and prominent priest for the Nation of Islam. However, Mr. Mohammed and his Nation of Islam turned against Malcolm when he questioned some of the beliefs and actions of Elijah Mohammed. This uncertainty forced Malcolm to embark on a quest over seas seas to find his true beliefs. Upon his arrival to  Arabia, he found a truly different society, where race played no factor on a person's status (Davies, 98). This made a very positive change in Malcolm X's beliefs. This unity of human kind had forced Malcolm to change many of his ideas including his beliefs about the the solution to the racial problem in America.

Malcolm X had his first religious enlightenment while serving time for various crimes he had committed when he was young. While Malcolm was in prison, he learned and adopted the teachings of  Nation of Islam, a religious sect of  Orthodox Islam which believes in strict moral codes and radical views about race led by Elijah Mohammed. By the time he left prison, Malcolm had completely changed himself from a drug dealing burglar to a religious priest for the Nation of Islam. Malcolm X had completely submitted himself to the racist teachings of Elijah Mohammed. It is through the Nation of Islam and Elijah Mohammed's teachings that Malcolm developed his radical views about race in America. 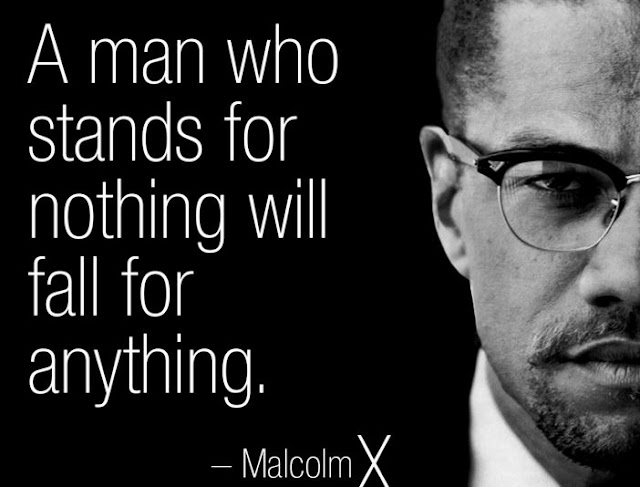 Under the teachings of  Elijah Mohammed, Malcolm X had targeted all whites and blamed them for position of blacks in society. He had referred to whites as devils, who sought to lower the standards of blacks even more, by bringing prostitution, liquor, etc. into black neighborhoods. (Life, 0:06:03).  Malcolm X believed that complete segregation between blacks and whites was the only answer to the racial problem in America. Malcolm felt that all the actions committed against blacks in history was due the white race in its entirety, and not because of specific individual actions (X, 238-239). He also believed that blacks should not only segregate but all blacks should migrate to Africa, and establish a society there (Perry,196). 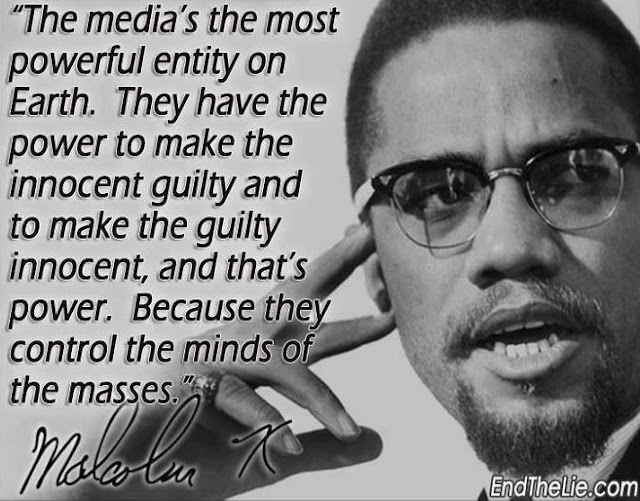 Later that same year, in an attempt to find the true religion of Islam, as it is practiced by the millions of followers around the world, Malcolm embarked on a voyage that would ultimately change his beliefs, life, and attitude about America. Malcolm X landed in Mecca, Arabia to undergo the holy pilgrimage, an act that all well-to-do orthodox Muslims are required participate in . This experience had a very positive impact on Malcolm X. Despite the racial frustrations Malcolm carried, he wrote in a letter to his wife,

Never have I witnessed such sincere hospitality and the over
whelming sprit of true brotherhood as is practiced by people of all
colors and races here [Mecca].... this pilgrimage... has forced me
to re-arrange much of my thought patterns... and toss aside some of
my previous conclusions.... In the words and in the actions and in
the deeds of 'white' Muslims I felt the same sincerity that I felt
among the black African Muslims of Nigeria, Sudan, and Ghana (qtd.
in X, 339-340).

While racial hatred, in America, had forced blacks into the lowest depths of society, Malcolm had encountered a land where the color of the skin played absolutely no factor in any aspect of life. While Segregation in America had forced blacks to survive in poorest of living conditions, the white leader of Arabia had invited Malcolm to stay not only in his extravagant palace, but in his own room (X, 333). While whites had  beaten, raped, and attacked blacks,  while fire hoses were unleashed at black civilians, while hungry dogs were released on black protesters, while white supremacist groups like the KKK used violence to intimidate blacks, Malcolm X had "eaten from the same plate, drunk from the same glass... while praying to the same God with fellow Muslims, whose eyes are the bluest of blue, whose hair was the blondest of blond, and whose skin was the whitest of white" (Malcolm X tape II, 1:38:48). It is from this trip to Arabia, that Malcolm learned about the value of brotherhood  He learned to trust people, whites in particular. Malcolm learned the color of one's skin does not reflect what kind of person you are, rather that ones actions reflect the quality of a person (X, 333).  He learned that coexistence can and will work, something that Malcolm previously believed could never happen. From this trip, Malcolm abandoned all his racist and segregational views about the American society, and adopted the more Orthodox Islamic approach of racial coexistence and equality.

When Malcolm returned to his trip, he immediately started preaching his new philosophy. He developed new ideas about race in America and how its relation in the world, foreign policy and politics, and African American unity.

Perhaps the greatest change in Malcolm's beliefs were his ideas regarding relationships between whites and blacks. His conversion to orthodox Islam had changed his views about whites completely. In one of his speeches after his Mecca trip, he writes:

I am not a racist... In the past I permitted myself ... to make
sweeping indictments of all white people, the entire white race,
and these generalizations have caused injuries to some whites and
perhaps did not deserve to hurt. Because of my spiritual
enlightenment... as a result of my pilgrimage [to Mecca, Arabia]...
I no longer subscribe to make sweeping indictments of any one race
( "Malcolm X", MSA internet site).

It is at this time Malcolm X had changed his name from the Nation of Islam trademark of "X" to a traditional orthodox Muslim name, Malik El- Shabazz. This change in his name probably signified his complete separation from the Nation of Islam's radical philosophy about racial separation to orthodox Islam's beliefs in racial equality. This is what Malik El-Shabazz said about his new found religion: "When you become [a true] Muslim, you don't look at a man as being black, brown, red, yellow. You look at him as being a man" (qtd. in Decaro Jr, 72).

Mr. El- Shabazz  practiced his new found philosophy. After Malcolm's separation from the Nation of Islam, he created his own orginization called Muslim Mosque Inc., which abandoned the Nation of Islam's anti-symetic views and called for black unity both in America and abroad. (Myers, 158). Perhaps the most shocking difference between Muslim Mosque Incorporated and the Nation of Islam was its views regarding whites. According to Malik's friend, Dr. Mahmoud Shawarbi, Malik El-Shabazz wanted whites to join his organization. In fact, Mr. El- Shabazz felt that it would help his organization grow (DeCaro Jr., 249). This was a complete reversal from his previous beliefs under the Nation of Islam where he not only didn't trust whites, he referred to them as devils (Malcolm X tape 2, 0:27:36).

In Arabia, Malcolm witnesses coexistence between all races. He brought this positive ideology to America. In his years with Nation of Islam, Malcolm called for complete separation of blacks and whites. He felt that the only way blacks could exist the way they deserve to exist is if they governed and lived by themselves (Malcolm X tape II, 1:11:19). However, Malik El- Shabazz no longer believed this way, infact he completely changed his views on this subject. Mr. Shabazz went as far as to state that relationships between races was permissible saying, "...when you are dealing with humanity as a family there's no marriage of intergration or intermarriage" (qtd. in X, 424).  Malik El- Shabazz truly felt unified with the people of all nations who held common beliefs. He believed that the solution to the racial problems lies in the mind of the people, not segregation. Malik El- Shabazz had felt that that many of the whites in America had developed a superiority attitude which dates back to the time of slavery. This superiority attitude was the root of the racial problems in America, and unless it is removed, theses problems could never be solved. (DeCaro Jr, 1^9) 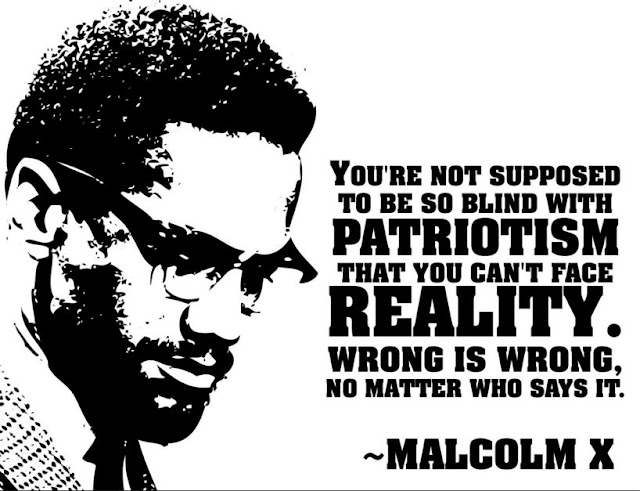 The way Malik El- Shabazz viewed other black organizations changed as a result of his spiritual rebirth. Previously, under the Nation of Islam, Malcolm X denounced all black leaders who supported "non-radical" solutions to the racial problems in America. He argued, "... when the white man wants to attack Negroes, they can't defend themselves, because [Martin Luther] King has put this foolish philosophy out- you're not supposed to fight or you're not supposed to defend yourself." Malcolm made direct criticisms against Martin King and others like King (qtd. in Gallen, 139). However, since the conversion to authentic Islam, Malik El- Shabazz looked at other black leaders differently. On his trip to Mecca, Malcolm witnessed a tremendous amount of unity of people, despite their differences. He had felt that unity is what strengthened brotherhood. Malik El- Shabazz wanted to bring this unity to America (Malcolm X tape II, 1:19:52). When Malik El-Shabazz returned to America, he gave full support to all black organizations, which wanted to achieve positive results. He began to set the stage for working with  Martin Luther King  and perhaps other black leaders (Curry, 5).

Shabazz's enlightenment in Arabia changed his attitude regarding the solution to the racial problems. Since Malik El- Shabazz gained a sense of unity with the people of the world,  he no longer felt that the racial problem existed only in America. He felt the civil rights cause should be addressed as human rights and should be treated as a human problem, not just a national one (Davies, 104). In that regard Malik El- Shabazz presented proposition to sue the United States for violating human rights in front of the United Nations (Curry, 5). However, because of the mind-set of the black community in America at the time, the proposition had minimal support. In addition this movement was completely stopped as a result of Shabazz's assassination.

For 12 long years I lived within the narrow minded confines of the
straight jacket world created by my strong belief that Elijah
Mohammed was a messenger direct from God... and my faith in what I
now see to be a pseudo-religious philosophy that he preaches. . . .
I shall never rest until I have undone the harm I did to so many
well-meaning, innocent Negroes who... now believe in him even more
fanatically and more blindly than I did (Malcolm X Quotes,
Internet). This passage reflects Shabazz's new beliefs regarding
the Nation of Islam, Shabazz's previous religion. He had felt that
the Nation of Islam was blinding many blacks, which in turn could
hurt the human rights movement.

Malik El- Shabazz had said, " My whole life has been a chronology of changes" (Malcolm X Quotes, Internet). El- Shabazz had three main stages in his life. As Malcolm Little, he was a drug addict and a criminal. As Malcolm X, he had transformed from a petty thief to a prominent priest for the Nation of Islam . He taught racial hatred and radical views on solving the racial problems in America. As Malik El- Shabazz, he had transformed from preaching segregation to preaching racial unity and equality.  If someone was to hear the beliefs of Malcolm X and hear the beliefs of Malcolm as Malik El-Shabazz, they might beleive that Malcolm and Malik were two entirely different people, with drastically opposing views. Perhaps what made Malik El- Shabazz so great was that bettered himself  by acknowledging his mistakes, learning from them, and was committed to teaching the lessons of his mistakes to others, so others could better themselves.

DeCaro Jr., Louis A. On the Side of My People: A Religious Life of Malcolm
X. New York: New York University, 1996.