Debates about faith are drowned by the Atheists' foghorn voices 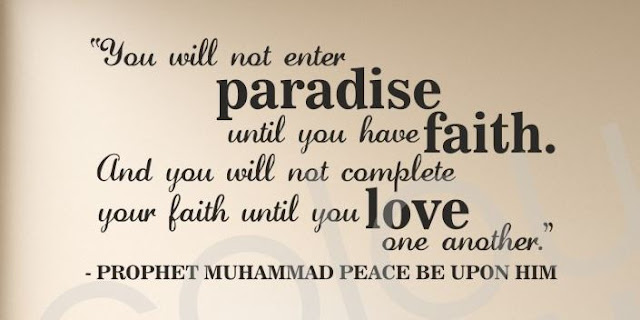 This is Holy Week. It started yesterday with Palm Sunday and continues through Holy Thursday, Good Friday and culminates this Sunday with Easter Day. One can no longer assume most people will be aware of this, let alone the events these days mark; in a recent UK poll, only 22% could identify what Easter was celebrating. What other system of belief has collapsed at such spectacular speed as British Christianity? One can only presume that the New Atheists are organising a fabulous party to celebrate. Richard Dawkins could stump up for the crates of champagne out of his sumptuous royalties from The God Delusion.

But I'm curious as to how many of the country's finest minds would join the celebrations. Increasingly, one hears a distaste for the polemics of the New Atheist debate and its foghorn volume, and how it has drowned out any other kind of conversation about religion: what it is, the loss of it, whether it matters, and what happens in a post-religious society? From sometimes surprising quarters there is an anxiety about the evangelical fervour and certainty of the New Atheists: they are so sure they are right, but there are plenty of people - and many of them would not count themselves as believers - who can't share their contempt for religion.

Just this week, AN Wilson announces in a thoughtful cover article for the New Statesman that he has apostated, abandoning his fellow atheists. Or take another example: in the Third Way, a Christian magazine, the poet Andrew Motion reflects wistfully, "I don't believe in God - though I wish I did, and I can't stop thinking about it so who knows what might happen one day?" Wilson and Motion talk of uncertainty, doubt and faith in terms that are probably far more familiar to the vast majority of the British - many of whom still describe themselves as believing in God, whatever they mean by that - than the certitudes used by Dawkins. New Atheism may come to be regarded as winning a battle but losing the war.

What many argue is that the New Atheist debate has ended up down an intellectual dead end; there are only so many times you can argue that religion is a load of baloney. Ask a philosopher like John Gray or a historian of religion like Karen Armstrong and they are simply not interested in the debate; they bin the invitations to speak on platforms alongside New Atheists. Gray dismisses them as offering "intoxicating simplicity"; Armstrong is appalled by their "display of egotism and arrogance". Both are deeply frustrated by a debate inflated by the media that generates heat but no light. They see the New Atheists mirroring a particular strain of fundamentalist Christianity with no knowledge of the vast variety of other forms of religious faith. In common with their Christian opponents, they share "the inner glow of complete certainty" - as Wilson describes his atheist conversion.

Armstrong and Gray converge again on where they pinpoint the key mistake. Belief came to be understood in western Christianity as a proposition at which you arrive intellectually, but Armstrong argues that this has been a profound misunderstanding that, in recent decades, has also infected other faiths. What "belief" used to mean, and still does in some traditions, is the idea of "love", "commitment", "loyalty": saying you believe in Jesus or God or Allah is a statement of commitment. Faith is not supposed to be about signing up to a set of propositions but practising a set of principles. Faith is something you do, and you learn by practice not by studying a manual, argues Armstrong.

"We need to get away from the endless discussion about wretched beliefs; religion is about doing - and what every faith makes clear is that the doing is about compassion," she argues. To try and shift the debate about faith into more fruitful territory, Armstrong came up with the idea of a global Charter on Compassion for all faiths (and none), which she is drafting and planning to launch later in the year.

From a different perspective, Alain de Botton, the philosopher and writer, has also been trying to broaden the conversation. He has founded a School of Life in London, which runs courses and events reflecting on how to live. He describes himself as "definitely an atheist", but readily admits he borrows plenty from religions. His team have instituted the idea of Sunday sermons, and organise contemporary "pilgrimages". "Even if you're an atheist, there are a huge number of insights in religion," he says. "We're in danger of throwing the baby out with the bathwater."

De Botton argues that the decline of religious faith has left behind a real and widespread need for wisdom and insight; the media offers only a "cruel sentimentality" and gives little space to the most difficult of our life experiences, such as failure, death or envy, nor does it offer ways to deal with them. The author Mark Vernon teaches on some School of Life courses. A former priest and atheist, he now advocates a principled agnosticism rooted in an understanding of the limits of human knowledge. He argues that the most interesting conversations about faith are among those just outside religious traditions and those just inside - along the borders of belief, if you like.

It's a perspective that Gray shares. Describing himself as a sceptic, he looks to another border of belief for deeper insight into the nature of faith: the dialogue between the theistic and non-theistic. Intriguingly, where Gray, Armstrong and Vernon all end up is with the apophatic tradition of theology. Apophatic is a word no longer even in my dictionary, but it's a major tradition of Christian thought, and central to the thinking of St Augustine and St Thomas Aquinas: it is the idea that God is ineffable and beyond powers of description. S/he can be experienced by religious practice, but as Armstrong puts it: "In the past, people knew we could say nothing about God. Certain forms of knowledge only come with practice." It makes the boundary between belief in God and agnosticism much more porous than commonly assumed.

But the modern distortion was to make God into a proposition in which you either did or did not believe. He was turned into an old man in the sky with a long white beard or promoted as a cuddly friend named Jesus. Arguing about the existence of such human creations is akin to the medieval pastime of calculating how many angels could fit on the head of a pin.

So the media has been promoting the wrong argument, while the bigger question of how, in a post-religious society, people find the myths they need to sustain meaning, purpose and goodness in their lives go unexplored. What worries Gray is that we forget at our peril that all systems of thought rely on myth. By junking the Christian myths, the danger is that the replacements are "cruder, less tested, less instructive". At times of crisis - such as the economic recession - the brittleness of a value system built on wealth and a particular conception of autonomy becomes all too apparent, leaving people without the sustaining reserves of a faith to fall back on. The consequences of that will certainly not be cause for celebration, he warns.