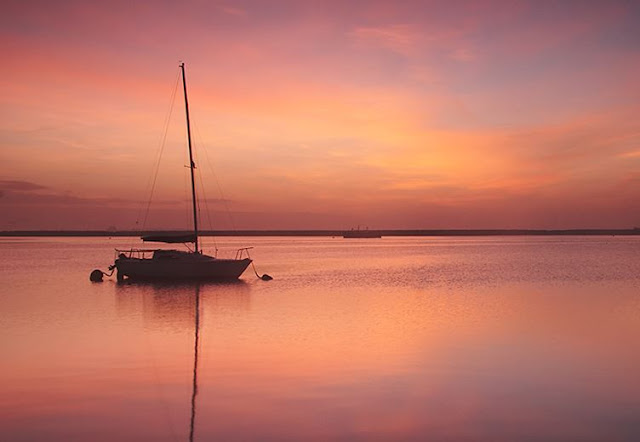 In the 17th century, when some Iranian mullahs were trying to limit freedom of expression, Mulla Sadra, the great mystical philosopher of Isfahan, insisted that all Muslims were perfectly capable of thinking for themselves and that any religiosity based on intellectual repression and inquisitorial coercion was “polluted”. Mulla Sadra exerted a profound influence on generations of Iranians, but it is ironic that his most famous disciple was probably Ayatollah Khomeini, author of the fatwa against Salman Rushdie.

This type of contradiction is becoming increasingly frequent in our polarised world, as I discovered last month, when I arrived in Kuala Lumpur to find that the Malaysian government had banned three of my books as “incompatible with peace and social harmony”. This was surprising because the government had invited me to Malaysia, and sponsored two of my public lectures. Their position was absurd, because it is impossible to exert this type of censorship in the electronic age. In fact, my books seemed so popular in Malaysia that I found myself wondering if the veto was part of a Machiavellian plot to entice the public to read them.

Old habits die hard. In a pre-modern economy, insufficient resources meant freedom of speech was a luxury few governments could afford, since any project that required too much capital outlay was usually shelved. To encourage a critical habit of mind that habitually called existing institutions into question in the hope of reform could lead to a frustration that jeopardised social order. It is only 50 years since Malaysia achieved independence and, although the public and press campaign vigorously against censorship, in other circles the old caution is alive and well.

In the west, however, liberty of expression proved essential to the economy; it has become a sacred value in our secular world, regarded as so precious and crucial to our identity that it is non-negotiable. Modern society could not function without independent and innovative thought, which has come to symbolise the inviolable sanctity of the individual. But culture is always contested, and precisely because it is so central to modernity, free speech is embroiled in the bumpy process whereby groups at different stages of modernisation learn to accommodate one another.

It has also, as we have been reminded recently, become a rallying cry in the escalating tension between the Islamic world and the west. Muslim protests against Rushdie’s knighthood have recalled the painful controversy of The Satanic Verses, and last week four British Muslims were sentenced to a total of 22 years in prison for inciting hatred while demonstrating against the Danish cartoons of the Prophet Muhammad.

It would, however, be a mistake to imagine that Muslims are irretrievably opposed to free speech. Gallup conducted a poll in 10 Muslim countries (including Iran, Afghanistan, Pakistan and Saudi Arabia) and found that the vast majority of respondents admired western “liberty and freedom and being open-minded with each other”. They were particularly enthusiastic about our unrestricted press, liberty of worship and freedom of assembly. The only western achievement that they respected more than our political liberty was our modern technology.

Then why the book burnings and fatwas? In the past Islamic governments were as prone to intellectual coercion as any pre-modern rulers, but when Muslims were powerful and felt confident they were able to take criticism in their stride. But media and literary assaults have become more problematic at a time of extreme political vulnerability in the Islamic world, and to an alienated minority they seem inseparable from Abu Ghraib, Guantánamo Bay and the unfolding tragedy of Iraq.

On both sides, however, there are double standards and the kind of contradiction evident in Khomeini’s violation of the essential principles of his mentor, Mulla Sadra. For Muslims to protest against the Danish cartoonists’ depiction of the prophet as a terrorist, while carrying placards that threatened another 7/7 atrocity on London, represented a nihilistic failure of integrity.

But equally the cartoonists and their publishers, who seemed impervious to Muslim sensibilities, failed to live up to their own liberal values, since the principle of free speech implies respect for the opinions of others. Islamophobia should be as unacceptable as any other form of prejudice. When 255,000 members of the so-called “Christian community” signed a petition to prevent the building of a large mosque in Abbey Mills, east London, they sent a grim message to the Muslim world: western freedom of worship did not, apparently, apply to Islam. There were similar protests by some in the Jewish community, who, as Seth Freedman pointed out in his Commentisfree piece, should be the first to protest against discrimination.

Gallup found there was as yet no blind hatred of the west in Muslim countries; only 8% of respondents condoned the 9/11 atrocities. But this could change if the extremists persuade the young that the west is bent on the destruction of their religion. When Gallup asked what the west could do to improve relations, most Muslims replied unhesitatingly that western countries must show greater respect for Islam, placing this ahead of economic aid and non-interference in their domestic affairs. Our inability to tolerate Islam not only contradicts our western values; it could also become a major security risk.

This article was first published in The Guardian, Saturday July 21, 2007.