Home » Lecture » Text » Excellence of Being Lenient and Tolerant

Excellence of Being Lenient and Tolerant 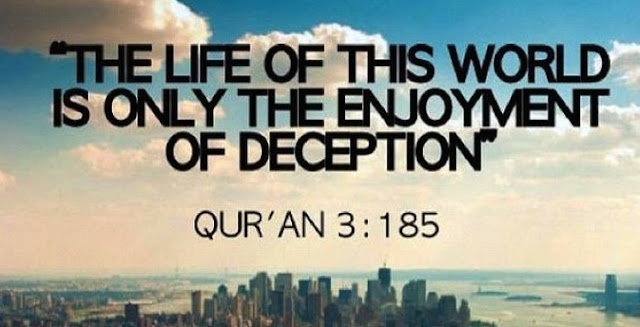 Dear brothers and sisters:
One of the Islamic morals that should be taken into consideration in behaviour is the adoption of a lenient and easy approach, far from severity and sternness. Allah commands us to hold the moral of leniency, tolerance and forgiveness. The Qur’an says, ‘Hold to forgiveness; command what is right; But turn away from the ignorant.’ [7:199] ‘

And says, ‘And not equal are the good deed and the bad. Repel [evil] by that [deed] which is better; and thereupon the one whom between you and him is enmity [will become] as though he was a devoted friend.’ [41-34] And says, ‘And verily, whosoever shows patience and forgives that would truly be from the things recommended by Allah.’ [42:43]


Leniency is the opposite of harshness. Allah enjoins softness and dislikes harshness in human relations. Allah assures of reward for gentle behaviour in society, not for unkindness or anything like that. However, inflexibility is preferred to flexibility when there arises a question of religious matters and the limits set by Allah.

Leniency and ease of Prophet Muhammad [pbuh] is an example for us to follow: he was the best example in leniency, ease, moderation, forbearance, and mildness. The Messenger of Allah (pbuh] was the best of all the people in behaviour.’ He rejects harshness, difficulty, extremism and hardship even in worship. Prophet Muhammad explains the excellence of leniency and ease and mentions that Allah loves the characteristics of leniency, ease, forbearance, and mildness.

This teaches us to adopt a patient, mild and discreet attitude towards others. Moreover, there is a provision for praising somebody in his presence, provided there is no likelihood of his being conceited. Mildness or leniency also brings human beings closer to one another, and on this count, Allah likes it very much.

`Aishah narrated, ‘Whenever the Prophet [pbuh] was given a choice between two matters, he would [always] choose the easier as long as it was not sinful to do so; but if it was sinful he was most strict in avoiding it. He never took revenge upon anybody for his own sake; but when Allah's Legal Bindings were outraged, he would take revenge for Allah's sake.
[Al-Bukhari and Muslim] The two things between which Messenger of Allah [pbuh] would make his choice could be religious or worldly. For instance, if he were asked to award one of the two punishments to somebody, he would choose the lenient one. And if he had the liberty of choice between two obligations, he would opt for the easier one. Between war and peace he would always go for peace, provided it involved the interest of Islam and Muslims. Moreover, in all matters he used to take the line of least resistance, in case it went without the disobedience of Allah.

Similarly, Abu Hurairah narrated a Bedouin urinated in the mosque and some people rushed to beat him up. The Prophet [pbuh] said: ‘Leave him alone and pour a bucket of water over it. You have been sent to make things easy and not to make them difficult.’ [Al-Bukhari] This Hadith brings into light the fact that leniency is also vitally needed in the sphere of education and discipline. This is particularly true in the case of ignorant and ill-bred people. This is so because if they are treated unkindly, they will become more indocile on account of their wild temperament and foolishness. This Hadith is very beneficial with regard to the way of Da`wah, guidance and practical education.

Preaching, sermons, religious discourses and moral advice all should concentrate on such things as may be helpful to people in being inclined towards gaining religious knowledge. Likewise this aspect should also be kept in view in the exposition and interpretation of religion. Moreover, the tone and mode of expression of religious leaders should not be repulsive and based on sectarian hatred, rather it should pull hearts to religion. The Prophet [pbuh] said, ‘Make things easy and do not make them difficult, cheer the people up by conveying glad tidings to them and do not repulse [them].’ [Al-Bukhari and Muslim]

In his advice to Abu Musa and Mu`adh before dispatching them to Yemen, the Prophet said: ‘Show leniency [to the people]; don't be hard upon them; give them glad tidings [of Divine favors in this world and the Hereafter]; and do not create aversion. Work in collaboration and don’t be divided.’ In another hadith, `Anas narrates that the Prophet said: ‘Give glad tidings [to the people]; do not create [in their minds] aversion [towards religion]; show them leniency and do not be hard upon them.’

In fact, the lenient approach is needed more and more in our contemporary age, especially in dealing with new converts to Islam and those who have recently repented. Actually, this attitude is crystal clear in the Prophet’s way of teaching Islam to new converts. He never overburdened them with many duties, orders, or prohibitions. When the new converts asked him about the teachings of Islam, he only informed them about the basic duties of Islam, without overwhelming them with many [supererogatory] acts.

Leniency and gentleness with servants, women, and the old: In numerous traditions, Prophet Muhammad urges Muslims to be lenient, gentle, and kind to women. He said, ‘Be kind to woman for they are helper to you.’ [al-Bukhari]

He also said, ‘The best among you is the one who best to his wife and I am the best to my wives.’ Similarly, leniency and gentleness with the old: Islam also urges us to show leniency and kindness to the aged. The Prophet [pbuh] said: ‘If any of you leads the people in prayer, he should shorten it for amongst them are the weak, the sick and the old; and if anyone among you prays alone then he may prolong [the prayer] as much as he wishes.’

Anas narrates that a group of three men came to the houses of the wives of the Prophet asking how the Prophet worshipped [Allah], and when they were informed about that, they seemed to consider it insufficient and said, ‘Where are we from the Prophet, as his past and future sins have been forgiven?’ Then one of them said, ‘I will offer the prayer throughout the night forever.’ The other said, ‘I will fast throughout the year and will not break my fast.’ The third said, ‘I will keep away from women and will not marry forever.’ Allah’s Messenger came to them and said, ‘Are you the same people who said so-and-so? By Allah, I am more submissive to Allah and more afraid of Him than you; yet I fast and break my fast, I do sleep and I also marry women. So he who does not follow my Sunnah in religion, is not from me [not one of my followers].’ [Al-Bukhari and Muslim] 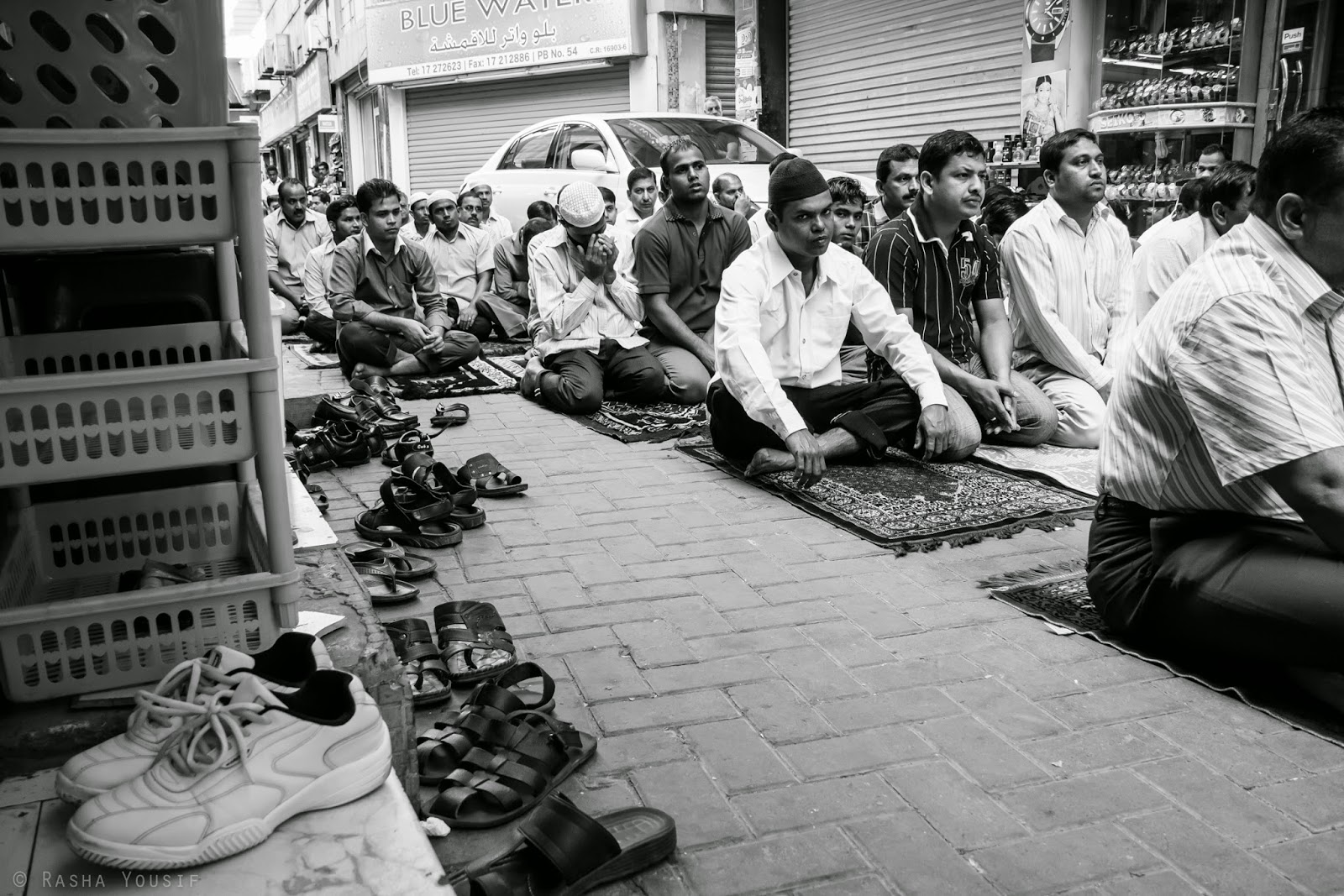 Furthermore, Abu Hurayrah narrates that the Prophet [pbuh] is reported to have said, ‘Religion is very easy and whoever overburdens himself in his religion will not be able to continue in that way. So be moderate and try to be near to perfection, and receive the good tidings [that you will be rewarded]; and gain strength by worshipping in the early hours of the mornings, the afternoon hours, and some part of the nights.’ Thus, the Prophet tells us that whoever intends to overburden himself with religious duties will fail, since the religious branches are numerous. So he taught us to choose times that are more suitable for offering acts of worship, that is times when the heart feels comfortable and the body is not exhausted, so that one would feel the delicious taste of worship and not feel boredom.

Leniency and Mildness with Animals: Islam forbids us to torture animals and birds or to be harsh to them. The Prophet [pbuh] mentioned the story of the woman who entered Hell-fire because she imprisoned her cat and did not feed her.

He also mentioned the story of a man who entered paradise for his kindness to the dog. The Messenger of Allah [pbuh] said, ‘Verily Allah has prescribed Ihsan [kindness] for everything. So when you kill, you must make the killing in the best manner; when you slaughter, make your slaughter in the best manner. Let one of you sharpen his knife and give ease to his animal [in order to reduce his pain].’ [Muslim]

Leniency and Ease in Worship: Even, we see that the Prophet [pbuh] vehemently criticized those who make things difficult for people without considering their circumstances. This is demonstrated in his attitude towards some of the companions who used to prolong the prayer when leading people, which resulted in some complaints from people. When he was informed that Mu`adh prolonged the prayer, he reproached him saying: ‘Are you a tempter?’ He said it thrice.

Also, a man came to the Prophet and said, ‘O Allah's messenger! I keep away from the morning prayer because so-andso [the imam] prolongs it too much.’ Allah’s Messenger became furious, and I never saw him more furious than he was on that day. The Prophet said, ‘O people! Some of you make others dislike the prayer, so whoever becomes an Imam he should shorten the prayer, as behind him are the weak, the old, and those who need to leave for a certain purpose.’ The Prophet also disapproved of the act of Mu`adh, though he was one of his beloved and appreciated companions. Anas, the Prophet’s servant and companion, states: ‘I never prayed behind any imam a prayer lighter and more perfect than that of the Prophet, and he used to shorten the prayer whenever he heard the cries of a child lest he should put the child’s mother to trial.’

Leniency and gentleness with children: The Prophet himself said: ‘When I start the prayer I intend to prolong it, but on hearing the cries of a child, I shorten the prayer because I know that the cries of the child will incite his mother’s passions.’

Leniency and ease help in reward and punishment in the hereafter. The Messenger of Allah [pbuh] said, ‘Shall I not tell you whom the [Hell] Fire is forbidden to touch? It is forbidden to touch a man who is always accessible, having polite and tender nature.’ [At-Tirmidhi]