The Last Person to enter Paradise

Paradise is the incredible reward that God has prepared for the believers; for those who obey Him.  It is a place of complete joy and serenity and there is nothing in existence that can disturb this.  It will go on forever and we hope that it will be our eternal home.   What God and His Prophet Muhammad have told us about Paradise makes our heads spin and our minds whirl.  In one of the traditions of Prophet Muhammad, God says, “I have prepared for My righteous slaves that which no eye has seen, no ear has heard and has never crossed the mind of any human being”.[1]  This is what we, humble human beings have been waiting for, and if we are wise and work for it, then this is the reward for the struggle of this transient life.  We ponder and ask ourselves questions concerning our eternal abode, we think about Paradise with hope and Hell with fear, but as much as our hearts tremble the thought of Paradise is a joy. 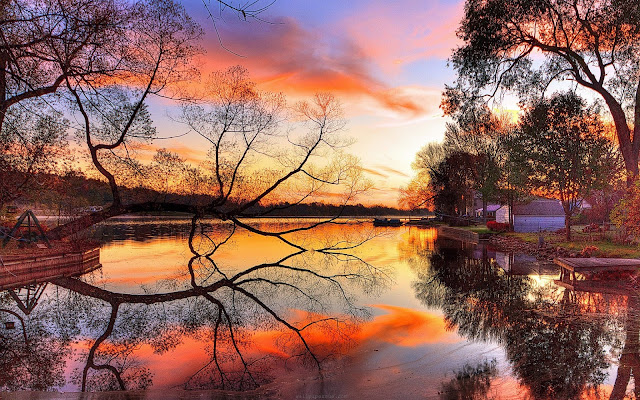 As we know the traditions of Prophet Muhammad come to us in various forms and one of these is the hadith qudsi or sacred hadith.  These traditions are particularly important because while the wording is that of Prophet Muhammad, the meaning is entirely from God.  It is a type of revelation.  These traditions form yet another dimension of God’s message to humankind and usually deal with spiritual or ethical subjects.  The answer to the question posed by the companions is contained in a hadith qudsi and it is one of the most beautiful and comprehensive of all traditions.  Following is a translation of this tradition.

The last person to enter paradise will be a man who will walk once, stumble once and be burned by the Fire once. Once he gets past it, he will turn around and face it saying, ‘Blessed be the One Who has saved me from you.  God has given me something that He has not given to the first and the last.’

Then a tree will be raised up for him, and he will say, ‘O my Lord, bring me closer to this tree so that I may shelter in its shade and drink of its water.‘ God, may He be glorified and exalted, will say, ‘O son of Adam perhaps if I grant you this, you will ask Me for something else?’ He will say, ‘No, O Lord’, and he will promise that he will not ask Him for anything else, and his Lord will excuse him because he has seen something that he has no patience to resist.  So he will be brought near to it and he will shelter in its shade and drink of its water. 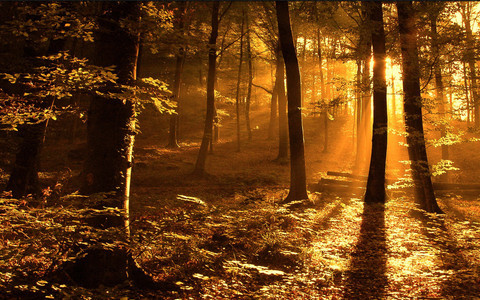 Then another tree will be raised up for him that is more beautiful than the first, and he will say, ‘O my Lord, bring me closer to this tree so that I may drink of its water and shelter in its shade, and I will not ask you for anything else.‘ He will say, ‘O son of Adam did you not promise Me that you would not ask me for anything else?’ He will say, ‘Perhaps if I bring you near to it, you will ask Me for something else.‘ He will promise that he will not ask Him for anything else, and his Lord will excuse him because he has seen something that he has no patience to resist.  So he will be brought near to it and he will shelter in its shade and drink of its water.

Then another tree will be raised up for him at the gate of Paradise that is more beautiful than the first two, and he will say, ‘O My Lord, bring me closer to this tree so that I may shelter in its shade and drink of its water, and I will not ask You for anything else.’ He will say, ‘O son of Adam, did you not promise Me that you would not ask Me for anything else?’ He will say, ‘Yes, O Lord, I will not ask you for anything else.’ His Lord will excuse him because he has seen something which he has no patience to resist.  He will be brought close to it, and when he draws close to it, he will hear the voices of the people of Paradise and will say, ‘O Lord, admit me therein.’ He will say: ‘O son of Adam, what will make you stop asking? Will it please you if I give you the world and as much again?’ He will say, ‘O Lord, are You making fun of me when You are the Lord of the Worlds?’

Ibn Mas’ood (the companion narrating this beautiful narration) smiled and said: Why don’t you ask me why I am smiling? They said: Why are you smiling? He said: This is how the Messenger of God, may the mercy and blessings of God be upon him, smiled and they (the companions around the Prophet) asked: Why are you smiling, O Messenger of God? He said: “Because the Lord of the Worlds will smile when he says, ‘are You making fun of me when You are the Lord of the Worlds?’ and (God) will say: ‘I am not making fun of you, but I am Able to do whatever I will.’”[4]

In part two we will discuss how the kindness and mercy of God is demonstrated in this hadith and look at how well the Lord of all the worlds knows and understands His creation.

This story highlights the fact that the human being is almost never completely satisfied, he always wants something more.  Although this might come as a surprise to someone who has never thought about the circle of wants, needs and desires that many of us find ourselves in, it is not news to God.  He, the Creator and Sustainer of the universe, is well aware of the nature of His creatures.

God, the Creator has perfect knowledge.  He knows all that is tangible and intangible; He knows what has been and what will be.  He is the All-Hearer All-Knower.  God has said that he is closer to us then our own jugular vein, nothing escapes his knowledge.  We might be able to hide our bad traits and qualities from our peers and family but God sees all; not only that, He understands what motivates us and what we fear, love or desire.  And that is why He is constantly forgiving and bestowing His mercy on us.  When we need God’s mercy no matter what the situation we have only to ask for it.

“And We have already created man and know what his soul whispers to him, and We are closer to him than (his) jugular vein.” (Quran 50:19)

The dictionary defines mercy as the disposition to be kind and forgiving, and the feeling that motivates compassion.  The Arabic term for mercy is rahmah and two of the most important names of God derive from this word,  Ar-Rahman – the Most Gracious and Ar-Raheem – the Most Merciful.  The Mercy of God is that ethereal quality that embodies gentleness, care, consideration, love and forgiveness.  When these qualities are observable in this world, they are a mere reflection of God’s Mercy towards His creation.  In this story we are able to see God’s Mercy manifest in the gentle way with which He deals with this last man to crawl out of the fires of Hell.

At this point it is thought-provoking to notice that this man did not enter Paradise through his good deeds, far from it.  In the end he entered Paradise by the Mercy of God.  It could be said that God bestows His mercy even though it may not, to the human eye, be deserved.  God has in fact promised that anyone who has the true belief in his heart even if he has committed many sins will one day enter into Paradise.  To reinforce this understanding Prophet Muhammad left us with the following saying:

“Whoever dies without committing shirk (associating partners) with God shall enter Paradise.”[1] 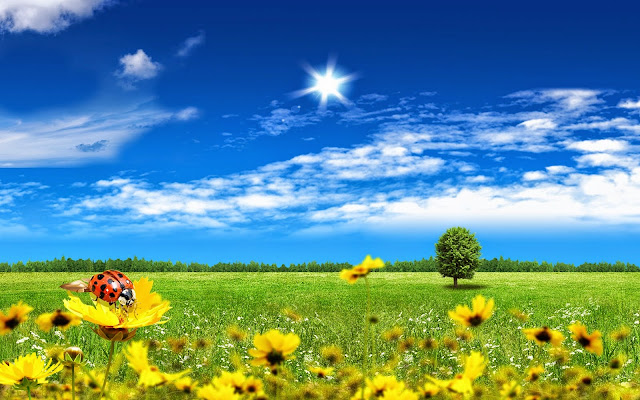 The fact that people including the man under discussion will be brought out of Hell and admitted to Paradise will not cause these blessed people any sorrow or distress.  This is because God tells us that Paradise is the abode of delight.  There is nothing in either the Quran or the traditions of Prophet Muhammad to suggest that these people will live with regret after entering Paradise due to the punishment that they experienced in Hell.  This is clear from the man’s delight and joy when he found himself in the space between Paradise and Hell.  He seems to have immediately recovered and is already looking towards the future.  In other traditions from Prophet Muhammad we know that Paradise will cause the Muslim to forget all hardship that he faced in this world, thus it is not farfetched to say that this also includes the hardships experienced in Hell before admittance to Paradise.   The Messenger of God (may the mercy and blessings of God be upon him) said:

Another indication that one dip in the bliss of Paradise will take away all hardship that came before it, even the hardship of being punished in Hell, is the saying of the Prophet: “Whoever enters Paradise will enjoy bliss and will not be miserable, his clothes will not wear out and his youth will not fade.”[3]

This blessing shows that misery will be erased for the one who enters Paradise, and it is general in meaning and includes everyone who enters it, whether they entered Hell beforehand or not.