Every day is Women’s Day 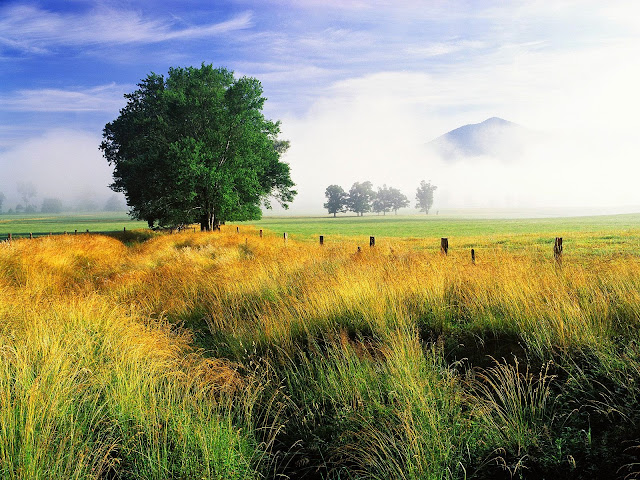 Khutbah: Every day is Women’s Day
Arshad Gamiet
Jurgens Centre, Englefield Green, Surrey, UK 10th March 2017
“A-úthu billáhi minash shaytánir rajeem. Bismilláhir rahmánir raheem
Al hamdu lillahi nahmaduhu wanasta’eenahu, wanastagh-firuhu, wanatoobu ilayhi, wana’oothu Billaahi min shuroori an-fusinaa, wamin sayyi aati a’maalinaa. May- Yahdillahu fa huwal muhtad, wa may- yudlill falan tajidaa lahu waliyan murshida. Wa ash-hadu an Laa ilaaha ill-Alláh, wahdahoo laa shareeka lah, wa ash-hadu anna Muhammadan ‘abduhoo warasooluh”
All Praise is due to Alláh, We praise Him and we seek help from Him. We ask forgiveness from Him. We repent to Him; and we seek refuge in Him from our own evils and our own bad deeds. Anyone who is guided by Alláh, he is indeed guided; and anyone who has been left astray, will find no one to guide him. I bear witness that there is no god but Alláh, the Only One without any partner; and I bear witness that Muhammad, peace and blessings on him, is His servant, and His messenger.
Bismillahir Rahmanir Raheem! Ya Ay-yuhal-latheena ‘aamanut taqul-laaha, haqqa tuqaatihee wala tamu tun-na, il-la wa antum Muslimoon.”
O You who believe, – Be aware of Allah, with correct awareness, an awe-inspired awareness, and die not except as Muslims.
Ya Ay-yuhal-latheena ‘aamanut taqul-laaha, wa qooloo qawlan sadeedaa. Yuslih-lakum a’maalakum wa yaghfir lakum thunoobakum, wamay yu-til-laaha warasoolah, faqad faaza fawzan atheemaa.”
O You who believe, – Be aware of Allah, and speak a straightforward word. He will forgive your sins and repair your deeds. And whoever takes Allah and His Prophet as a guide, has already achieved a mighty victory.
In the opening verse of Sura An-Nisaa’, Allah says:
“O mankind! Show reverence towards your Guardian-Lord Who created you from a single person, created, of like nature, his mate and from the two of them scattered (like seeds) countless men and women;― Be conscious of Allah, through Whom ye demand your mutual (rights) and (show reverence towards) the wombs (that bore you): for surely, Allah ever watches over you.”
My Dear Sisters and Brothers,
Two days ago was International Women’s Day. I thought it would be a good idea to dedicate this khutbah to our sisters, the women of Islam.
In the verse I have just read, the opening verse of Sura Nisa, Allah commands us to “Show reverence towards the wombs that bore you, for surely, Allah ever watches over you.”
What does it mean, to show reverence? The dictionaries tell us that reverence is “deep respect.” Allah commands us to show deep respect to our mothers, our sisters and our daughters. I ask you, my dear brothers, are we doing so? Are we really treating our mothers, sisters and daughters with the same love and respect that we have for our fathers, our brothers and sons? Really?
Look around you and you will see that there are some really appalling situations in many parts of the Muslim world. Our womenfolk are often treated very shabbily, not by others, but by their own fathers, brothers and sons. Their education is often neglected. This is wrong. Forced marriages and so called “honour killings” have also nothing to do with Islam. These are dishonourable tribal practices that are forbidden in our religion. Sadly, many of these abuses are still rampant, even amongst educated Muslims living in the West today.
My dear brothers, we have to liberate ourselves from these backward, ancient tribal attitudes that Islam abolished over 14 centuries ago. It was common then to even bury newborn girls alive in those days. Sayyidna Omar, the 2nd Caliph of Islam, once laughed aloud and then sadness crossed his face, and tears rolled down his cheeks. A companion asked, “Ya Omar, why do you laugh, and why do you cry?” He replied: “I laugh because I remember the days before Islam, in the time of Jahiliyyah, when we were travelling and we got so hungry because we had no food. All we had was an idol of one of our gods, which we had made out of dates. We were so desperately hungry that we were forced to eat our god, or else we would starve, Our God couldn’t even save himself.” “And why did you cry?” “I cried because I also remember the time I buried my newborn daughter alive. My face was covered with dust from digging the grave. And as I put her down there, she looked up at me and I can still feel her tiny hand, gently wiping the dust from my face.”
Dear brothers and sisters, this was Sayyidna Omar, a beloved Companion and Successor of Prophet Muhammad sws. It’s rather sad to read that in some parts of the world today, girl babies are still being killed and buried because the parents prefer boys. Islam banned this horrible custom over 1400 years ago.
Rasool Allah sws declared that “The best of you are the those who are best to their wives.”
If you read about the life of Rasool Allah, you may be surprised to learn that he mended his own clothes and shoes, he cooked, he cleaned, he helped with the housework. He played around with his wife and he was never too proud to do the most humble tasks.
We men must stop being such chauvinists! There are many good aspects of the modern struggle for women’s rights: equal pay, equal opportunities and so on. But there are also some problems. Islam forbids same-sex marriage and relationships, transgender identities and so on. Islam doesn’t approve of men imitating women and women imitating men, confusing their identities. Men and women were created separate, distinct and complementary, not contradictory This was to fulfil a divine purpose. Our roles as brothers and sisters, husbands and wives should be there to complete and enhance family life and society as a whole. The purpose is to ensure the continuation of the human species, as true custodians, caretakers of Allah’s creation, khaleefatullaah. Allah created this world to serve us, and He created us to serve Him. As the Quran declares:

At the end of the day, my dear brothers and sisters, this is what our whole life is all about: to serve Allah as believing men and believing women, in the right way as Allah alone deserves.
“Alhamdu lillahi Rabbil ‘Aalameen. Was-salaatu was-salaamu alaa Khairil mursaleen. Muhammadin-nabeey-yil Ummiy-yee, wa-‘alaa aalihee, wasah-bihee, aj-ma’een.                               Ammaa ba’ad:
“Innalláha wa malaaikata yusallúna alan nabi. Yá ay yuhal latheena ámanu sallú alayhi wasalli mú tas leema. Allahumma salli alá Muhammad, wa ala áli Muhammad, kama salayta ala Ibrahim, wa ala ali Ibrahim. Allahumma barik ala Muhammad, kama barakta ala Ibrahim, wa ala ali ibrahim. Fil ála meen, innaka hameedun majeed.”
(Second Khutbah):
“Soob’ hanallahi wal hamdu lillah, wala hawla wala quwwata illah billah yu althi yual theem”
Glory to Allah!  Praise to Allah! There is no power and no strength except from Allah!
My dear sisters and brothers,
International Women’s Day seeks to draw attention to the long struggle for equal pay, equal rights before the law and equal respect for women everywhere. This is also a good time for Muslim men to reflect on how far we still have to go in challenging our own attitudes. Some of us have deeply entrenched tribal and cultural habits that are downright un-Islamic. We often boast about how Islam came to liberate women, give them rights of property ownership and inheritance, centuries before Christian Europe. But we have no right to point fingers at others when our own women still are carrying the heavy burden of tribal and cultural baggage.
Our daughters have a right to education. They also have a right to work, to own businesses and to develop their God-given talents so that all humankind benefits. They have a right to be loved and respected no less than our sons. We seem to forget that the Mother of the Believers, Khadija, the Prophet’s first wife was also the first Muslim. She comforted him in his moments of distress. She reassured him in his moments of self-doubt. “Cover me, cover me!” he pleaded, shaking with fear and terrified after his first encounter with Jibreel. “Khadija, what is happening to me? I’m worried about myself.”

“Don’t say that! I swear that Allah would never embarrass or hurt you, because you are care about your relatives; you speak truthfully; you help those who cannot help themselves; you protect the poor; you welcome guests; and you support those who have suffer injustice.”

Khadija was not only his wife. She was also his employer. She owned property and ran a wealthy business. Many years after she died, he married another “Mother of the Believers,” Aisha bint Abu Bakr, who became one of the most important original sources of Islamic Law. A huge body of Hadith are attributable directly to her.
Dear Brothers and sisters, there are so many great Muslim women who set us a shining example to follow. There was Aasiyah, Pharaoh’s wife, who refused to worship her husband as a god. For her defiance, she gave her life. She was tortured and put to death. In her dying moments Allah showed her a palace waiting for her in Al Jannah, and she smiled as the boulders smashed her body.
Remember the purity and devotion of Nabi Isa, Jesus’ mother, Mariam/Mary. Allah devoted an entire Sura in the Holy Quran in her name.
What about Rabia Al Adwiyya, from whose love for Allah we’ve learnt some of the most beautiful prayers? One day she prayed alone in her room, not realising that her she might be overheard. She said:

Her employer, who wasn’t Muslim, overheard this beautiful duah and it turned his heart to Islam. Allah is “muqallibul quloob” The Turner of Hearts. Remember the Prophetic prayer:

“Ya muqallibul quloob, thabbit qalbee ‘ala deenik.”
“O Turner of hearts, turn my heart towards your obedience.”

There is a long list of Great Women in Islam. In the 9th Century, Fatima Al Fikhri had a big inheritance from her father, a wealthy merchant. Instead of splashing it out in the nearest shopping mall (or medieval souk), she built the largest mosque in North Africa, and the world’s oldest university and the oldest library in Fes, Morocco. This is the Al Qarawiyyeen University, library and mosque that still stand today. Imagine the immense sadaka jaariya of accumulated blessings over 1,200 years!
From Fes, go to Aleppo in Syria. Aleppo is in a mess today, but in the 10th Century you’d find Mariam Al Astrulabi there, an engineer and designer of astrolabes. On these interlocking brass disks she engraved maps of the stars. It was the  first satnav GPS system to find the qibla and to help travellers navigate over land and sea for many centuries.
The list of talented, educated and influential Muslim women goes on and on, but my time for this khutbah doesn’t go on and on!
Dear brothers, I remind myself first, and I urge you also to free yourself from all the heavy tribal and cultural baggage that oppresses our sisters. Let us go back to the noble Prophetic example. Let’s celebrate International Women’s Day every day, not just once a year! Let us show reverence for the wombs that brought us into this world. Let’s treat all women, everywhere, with the love and respect we owe them.
Brothers and sisters, to conclude our khutbah:

InnaAllaha, Yamuru bil adel, wal ihsaan, wa eetaa-i zil qurba; wa yanha anil fuhshaa-i, wal munkari walbaghi; ya-idzukhum lallakum tathak-karoon. (Sura 16:90), Fadth kuroonee adth kurkum, wash kuroolee walaa tak furoon [2:152]. wala thikrul-Laahi akbar, Wal-Laahu ya’lamu maa tasna’oon.” [29:45].
“Surely Allah commands justice, good deeds and generosity to others and to relatives; and He forbids all shameful deeds, and injustice and rebellion: He instructs you, so that you may be reminded.” “and remember Me: I will remember you. Be grateful to Me, and do not reject faith.” “and without doubt, Remembrance of Allah is the Greatest Thing in life, and Allah knows the deeds that you do.”