Why Islam and Why are you a Muslim

All Praise is due to Alláh, We praise Him and we seek help from Him. We ask forgiveness from Him. We repent to Him; and we seek refuge in Him from our own evils and our own bad deeds. Anyone who is guided by Alláh, he is indeed guided; and anyone who has been left astray, will find no one to guide him. I bear witness that there is no god but Alláh, the Only One without any partner; and I bear witness that Muhammad, SAW, is His servant, and His messenger.

O You who believe, – Be aware of Allah, and speak a straightforward word. He will forgive your sins and repair your deeds. And whoever takes Allah and His Prophet as a guide, has already achieved a mighty victory.

Most of you probably have been asked by someone on this question, “Are you a Muslim?”. And I believe 100%, all of you must be answer it steadily “yes, I am”. But, have you ever been asked by someone else about the following question, “Why are you a Muslim”? Or probably you may ever asked this question to yourself, “Why am I a Muslim?”. In more general question “Why Islam?”. Of course, this will make you stop answering that question immediately and start to think about it.

For most of us, the answer might be “Oh, it’s easy. It’s because I was born and raised in a Muslim family”. But, is this the correct answer? Is this the answer that we really want? So, what happened if we weren’t born in a Muslim family? Are We still be a Muslim or not? Indeed, all of these questions are the questions that I asked myself almost a decade ago. But, as you can see, I am here right now, standing in front of you and I could say with dignity that “I am a Muslim and I am proud of it”.

I am standing in front of you not to lecturing you about Islam and why you should choose Islam. But, at least, I could share my experience in my adventure of finding the answers. Before I proceed, it is better for us to really understand what Islam is about.

The word Islam means voluntary “Submission”, “Surrender”, or “obedience” to the Will of God. It derives from the root word “salam”, meaning peace. Those who try to perform these actions are called”MU-islams” shortly Muslims and equivalently, here we can say it [Islam-ERs]

Islam recognizes that human kind has free choice in whether to obey or disobey God, but ultimately we will be held accountable to God in the next life for the choices that we make in this life.

God sent Prophets to teach mankind how to worship Him; starting with Adam a.s., including Noah a.s.,Abraham a.s., Moses a.s., Jesus or Isa a.s. and the last of the messengers, Muhammad (SAW). The Islamic position is that all of these prophets came with the same message, that there is no deity worthy of worship except the One True God, Allah.

Islam recognizes the close relationship between the body and soul. Whereas the body originates from the earth and has a defined period of life on this earth, the soul originates from God and does not die.Islam encourages the individual to focus on keeping the soul healthy, through the remembrance,obedience and worship of God. Islam teaches that it is through the doing of good deeds and seeking the pleasure of God that souls find true happiness and peace. It is in this context that the word Islam derives from the root word ‘salam’, or peace.

Now, after knowing what Islam is, we can start to answer the question “why Islam”. And the simple answer that came to me is “Islam gives me the purpose of life”. People everywhere are asking the questions; “What is the purpose of life?”, “Why are we here in this world?” and “Where are we going to go after we die?”. You might be amazed to learn, that Islam is providing clear and concise answers for these questions.

A child of 5 years would obviously prefer a new toy to a deposit slip for a million dollars. A teenager does not consider millions of dollars in the bank as substitute for movies, videos, pizza and hanging out with his friends. A person in their 80s or 90s would never consider holding on to their wealth in place of spending it to hold on to or regain their health. This proves that money is not the main purpose at all for the stages of one’s life. 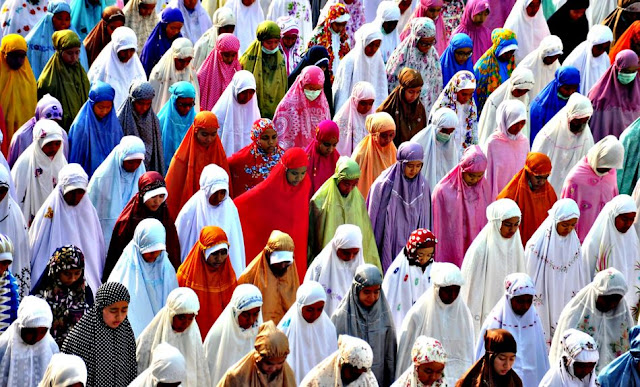 Meanwhile Islam can provide you the answer. In the Quran Surah Al Qasas 56, Allah defines that the only purpose for which He created mankind is to Worship Him.

To a Muslim the whole purpose of life is “ibadah” or worship to the One True Almighty God on Terms and under His Conditions. The term “worship” to a Muslim includes any and all acts of obedience to Almighty Allah.Islam teaches us that this life is only a test or trial for the individual to show him his true nature. It is only natural that he would accept death as not so much an ending to everything but more as a beginning of the final and lasting life in the Hereafter.

Before entering into either of the final lodging places i.e.; Heaven or Hell, there must be a Day of Judgment or showing of one’s true self to make them aware of their own nature and thereby understand what they have sent on ahead during the life here on the earth.

Every person will be rewarded [or punished] according to their attitude, appreciation, and efforts during this stay on earth. None will be asked about the actions and beliefs of others, nor will anyone be asked regarding that which he was unaware of or incapable of doing.

Reward and punishment will be in direct proportion to each person and it is only Allah alone who will be the Final Judge over us all.

So, in the teachings of Islam, the line of life and its purpose is logical, clear and simple:
Following this clear understanding of life, the Muslim’s purpose is clear. First of all, he has no doubt in his mind that:
For a disbeliever, the purpose of this life is to collect and amass great wealth, money, power and position. Over indulging in eating, drinking, drugs, sex and gambling are a high priority to them. But all of this will not avail them anything good in the grave, on the Day of Judgment or in the Next Life.

Eventually he will be faced with the question:
Look how Islam solves the mystery of the puzzle of life. It provides the answers to the questions and concerns of the human beings on all levels and in every aspect. It is really quite simple. The purpose of life as understood by the Believing Muslim can be simply stated in only two (2) words: Obey God. Our only purpose and salvation lie in these two words. 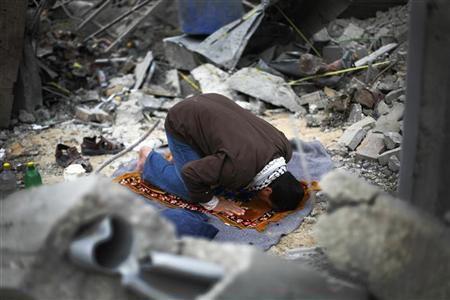 There is a beautiful story about hidayah or guidance. It is about the end of life of Abu Talib, the paternal uncle of the Messenger of Allah and the closest person to him, for he used to protect and help him (SAW) and take his side, and he loved him very much since the messenger of ALLAH 8 years old – that is, naturally (as a blood relative), not in accordance with the Law (as a brother in faith).

So when death approached him, and his time was near, prophet Muhammad (SAW) called him to believe in Allah (SWT) Alone, without partners and to enter into the fold of Islam. But what had been ordained for him overtook him, and he was plucked from his hand, remaining (until the end) one of the disbelievers – and the most complete Wisdom belongs to Allah (SWT).

It is reported on the authority of Sa’eed Ibn Al-Masayyib that he heard from his father that he said:“When death approached Abu Talib, Allah’s Messenger (SAW), Abu Jahl & Abdullah Ibn AbiUmayyah Ibn Al-Mugheerah were with him, and so RasulALLAH (SAW) said: ‘O uncle! Say, La ilahaIllaAllah, a testimony by which I will intercede Allah on your behalf.’ But Abu jahl and Abdullah IbnAbi Umayyah said: ‘O Abu Talib! Will you reject the religion of ‘Abdul Muttalib?’

Allah’s Messenger (SAW) continued to urge him upon it [to declare that none has the right to be worshiped but Allah (SWT)], while they repeated their question, until his final words, which were that he remained upon the religion of ‘Abdul Muttalib, and he refused to say: La ilaha IllaAllah. And so the Prophet (SAW) was really sad and crying while said: ‘By Allah I will continue to ask for forgiveness for you until I am forbidden to do so.’

So Allah revealed: “It is not for the Prophet nor those who have believed to seek forgiveness for the polytheists, even if they were relatives after it has become clear to them that they are companions of Hellfire” (Qur’an At Tawbah 9: 113)

And Allah (SWT) revealed concerning Abu Talib: Verily, [O Muhammad] you guide not whom youlike, but Allah, guides whom He wills. And He knows best those who are guided ” (The story was Narrated by Az-Zuhri)

“Surely Allah commands justice, good deeds and generosity to others and to relatives; and He forbids all shameful deeds, and injustice and rebellion: He instructs you, so that you may be reminded.”

“and remember Me: I will remember you. Be grateful to Me, and do not reject faith.”

“and without doubt, Remembrance of Allah is the Greatest Thing in life, and Allah knows the deeds that you do.”