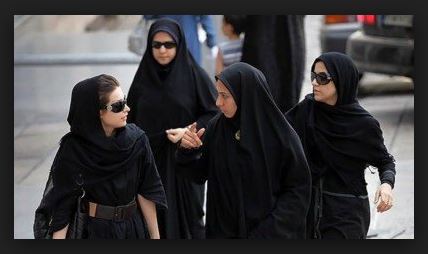 A US Air Force policy paper alleges that the hijab Muslim women wear as part of their religion represents a type of “passive terrorism.” Titled Countering Violent Extremism: Scientific Methods & Strategies, the publication has dedicated a chapter to unsubstantiated theories of radicalization, with scholarly merited articles written by academics and researchers in the field of counterterrorism, the Intercept reported Tuesday.

One of the articles has set forth a number of bizarre solutions to overcome terrorism. It claims that “hijab contribute[s] to the idea of passive terrorism” and represents an implicit refusal to “speak against or actively resist terrorism.” However, its authors never make it clear how they have reached that conclusion. The article also argues that addressing the lack of sexual activity among young men is key to reducing support for militant groups. The strange assertions have drawn criticism from terrorism experts and academic figures, who dismiss them as baseless.

“This characterization of the hijab demonizes millions of women whose reasons for covering have nothing to do with the advocacy of political violence,” says Arun Kundnani, a lecturer on terrorism studies at New York University. He said the paper’s theories of terrorism are not “genuine” and are rather a poor effort “to supply national security agencies with bogus surveillance rubrics.”

Amarnath Amarasingam, a fellow at George Washington University’s Program on Extremism, also rejected the theories. “There is virtually no evidence that sexual deprivation is somehow a cause of radicalization, or suicide attacks,” he said. Ingrid Mattson, a professor of Islamic Studies at the University of Western Ontario, pointed out to the diverse array of women who choose to wear hijab, citing 2014 Nobel Peace Prize recipient Malala Yousafzai as an example. Yousafzai was the subject of a Taliban assassination attempt in northwest Pakistan after campaigning for women’s rights.

The policy paper, first published in 2011, was reissued by the Air Force last summer, after President Barack Obama announced his national counter-extremism strategy. The revised copy was published online this January, by Public Intelligence, an open source research website.