A French television documentary has explored the close relationship between Christianity and the emergence of early Islam. Further research could lead to a wider reinterpretation of its founding texts by Akram Belkaïd

Jesus in the Quran,
It is not easy to tackle Islam and its origins without mentioning current events, yet Gérard Mordillat and Jérôme Prieur have done just that in their recent French television documentary on the influence of Christianity on early Islam (1). Credit to them for showing that a multi-disciplinary study of the Quran — going beyond theological commentary — is the scholarship of the future. Islam’s holy book is often presented as a text without context because of its complex literary structure and the impossibility of dating the suras (chapters) or even of determining the chronological order of their revelation. Such a study is important because better knowledge of the historical and social context in which Islam, the last of the three great monotheistic religions, emerged would help overcome some of today’s political and religious challenges.

The dialogue between Christians and Muslims, like the separation between the temporal and the spiritual, can only benefit from being reminded of the original proximity between the cross and the crescent. The documentary includes contributions by scholars from different countries and backgrounds, who point out that in Islam Jesus was as important a figure as Adam, the first man, since Muslims believe that Isa ibn Maryam (Jesus son of Mary) will return at the end of the world to kill the Antichrist. Muslims know that the figure they call masih (the Messiah) is a prophet, but many are not aware of his fundamental and unique role in the Quran, where he is called the spirit, breath or word of God, and described as a handsome, unusual man who can perform miracles. The Quran is far more laconic about Muhammad who, as an ordinary man (no miracles performed), is no more than Allah’s messenger (rasul) and a prophet (nabi) among others. The importance of Mary is another indication of the proximity between the religions. She is mentioned several times in the Quran (the only woman named in it) and sura XIX is devoted to her.

Revealing the close relationship may ease tensions in face of an increasingly divisive vocabulary — particularly radical Islamists’ designation of Christians as “crusaders”, the failure of many westerners to distinguish between Islam the faith and (political) Islamism. Religion is gradually disappearing in western European society, and noting the Christian-Islamic kinship might discredit the prevailing line about the “otherness” of Islam in relation to Judeo-Christian references. There are considerable theological differences: the Quran refutes the divine nature of Jesus and asserts that God is “neither born nor gives birth”. It also denies that Jesus died on the cross. The documentary gives considerable time to this, mentioning verses which state that those who thought they had seen the Messiah on the cross were deluded. Islam denounces Christianity for having broken with strict monotheism through shirk (idolatry) by associating Jesus and the Holy Ghost with God (2).

An interesting aspect of the documentary is the scholars’ claim that Islam was not born in opposition to Christianity, but as a continuation of it, or even as an attempt to reform it. Islam used or reformulated Christian doctrines prevalent in the 7th century. That happened with Docetism, an early Christian heresy that held it impossible for Christ to have died on the cross. Mary’s role in the Quran becomes far clearer after reading apocryphal Christian texts that disagree with the canonical ones recognised by the Church, which hardly mention her.

Early Islam knew about the Christian theological debates of the time, and in a way closed their disputes about the nature of Christ. The pre-eminence of Jesus in the Quran even leads to the supposition that Muhammad was not only addressing the polytheists of Mecca and the Arabian peninsula, but also Middle Eastern Christians, to win them over to his cause. That would be a reason, though not the only one, for the astonishing speed with which Christians in the Levant adopted this new religion. Was Islam an offshoot of Christianity? A reply based on historical evidence is impossible. Nevertheless, as the experts interviewed in the documentary admit, there was a sharing of texts between early Islam and 7th-century Christianity. 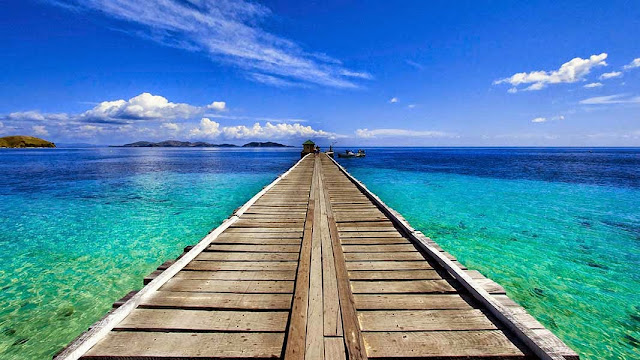 Reform of Judaism?
The documentary also mentions another factor that might help to consolidate a more urgent inter-religious dialogue. Anti-Jewish sentiment in the Muslim world today is fuelled by the fate of the Palestinians, but is also based on a certain reading of the Quran (3), which makes it important to consider the context in which the relevant verses appeared. The accusation in them that the Jews demanded the death of Christ reflected Christian beliefs widespread in the 7th century, and well beyond — not until 1963 did Pope John XXIII publish his Prayer for the Jews: “Forgive us Lord, for the curse we unjustly placed on their name as Jews. Forgive us for crucifying Thee a second time in their flesh. For we knew not what we did” (4). The experts point out that the dispute between Muhammad and the two Jewish tribes of Medina, where he found refuge after his flight from Mecca (hijra) in 622, was not only political but theological. Historically, Muhammad probably came into conflict with Medina’s rabbis because he followed in the line of Moses and Jesus, and intended to reform both Judaism and Christianity, which is viewed in the Quran as a distortion of the original religion. Hence the experts’ view that the Quran is not anti-Judaic but anti-rabbinical.

A century after its creation, Islam was in full territorial expansion, had been gradually freed from the tutelary figure of Jesus and had given a predominant role to Muhammad. The divergence with Christianity grew over centuries. Today we can see the value of rereading the Quran in the light of its original historical and social context. That is an essential step for the ambitious critical interpretation needed to renew Islamic thought. Ijtihad, or interpretation of the texts, was immensely rich in the centuries after the Prophet’s death in 632, but has stagnated since the 11th century, often now amounting to an endless repetition of commentaries on the Quran.

Fields of study such as anthropology and linguistics — for the detailed study of Quranic Arabic and its many borrowings from other languages (notably Syriac, a Semitic language derived from Aramaic) — would be invaluable for this much-needed revision of the texts. And fresh archaeological discoveries would give a better understanding of the historical context — on condition that Saudi Arabia authorises many more excavations. The lessons learnt from the reinterpretation of the Quranic texts must be made accessible to the public — and that is no easy task.