Morals of the Prophet Muhammad [pbuh] 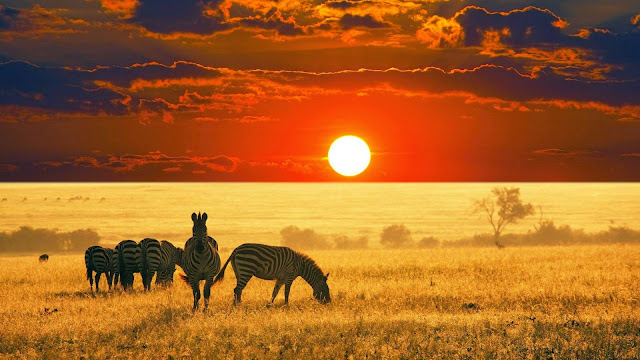 Dear brothers and sisters:
Today we remember the life of Prophet Muhammad, a great man who suffered a lot of hardship
and difficulty from his people and enemies. In these days and all days we remember his morals, his good example and his noble character towards all people, Muslims and non-Muslims.
Today, I will remind myself and you of some of the outstanding aspects of his morals and manners with his family, children, companions, neighbors, servants, animals, non-Muslims and women.

Prophet Muhammad was noble in worship, humour and inviting others to Islam. In doing so, let us sincerely pray that many of us will start a process of change to acquire and apply these traits of the Prophet. Allah says in the Quran about his morals: ‘And surely you have sublime morals’ . [Al-Qalam: 4] He stands unique as a perfect model to humanity in almost all the spheres of life. For this very reason, Allah reveals in His book: ‘Certainly you have in the Messenger of Allah an excellent exemplar for him who hopes in Allah and the Last Day…’. [Al-Ahzab: 11]

First, what is the meaning of morals? The word ‘morals’ covers every good act. It is birr (righteousness). The Prophet [pbuh] said, ‘Birr [righteousness] is good morals.’ It is not one aspect of human ethics, but is all inclusive of man’s behavior with others and man’s behavior towards his Creator. That is why, when someone once asked `Aishah about the manners and morals of the Prophet [pbuh], she said: ‘His morals were the Qur’an.’ The Prophet Muhammad [pbuh] had a perfectly balanced personality. He was eloquent, patient, truthful, just, merciful, kind, tolerant and magnanimous. He presented the highest example of human nobility.

Dear brothers and sisters:
He was noble, kind, and merciful with his family. He said, ‘The best amongst you is the one who is best to his family and I am the best to my family.’ He used to serve himself and help his wives with their housework. 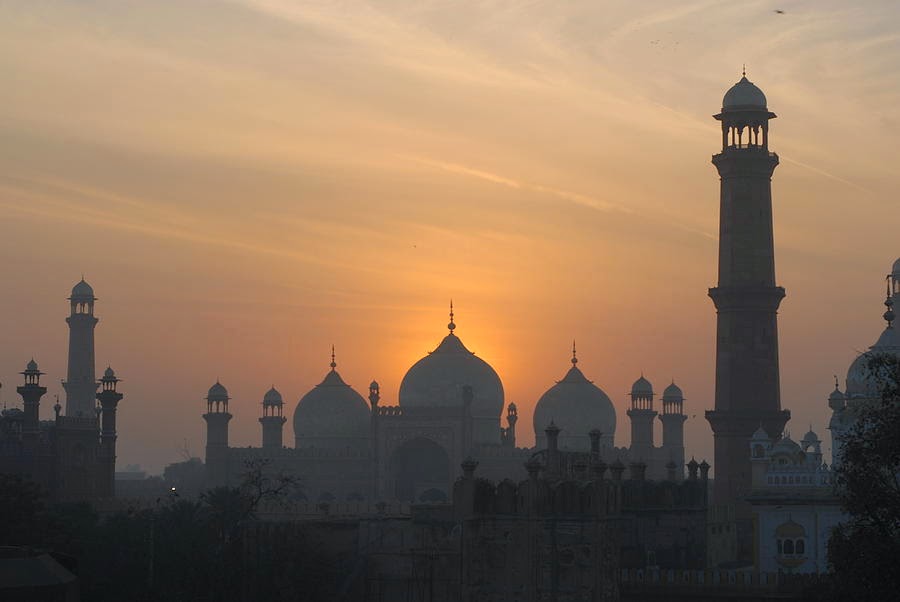 ‘Aishah said that he used to repair his shoes, sew or mend his clothes and do what ordinary men did in their houses. After all, he was a human being like others. Milking sheep and catering for himself were his normal activities. In another narration, she said, ‘He used to serve his wives, then, when the time for prayer came, he would go out to pray.’

He was kind and merciful to young children. He often showed his affection to Hasan and Husain. He would hasten the prayer if he heard a child crying. He used to greet and kiss children. Abu Hurayrah said: ‘The Messenger of Allah kissed al-Hasan Ibn Ali, and al-Aqra Ibn Haabis while at-Tamimi was sitting with him. Al-Aqra’ said: ‘I have ten children and I have never kissed any of them.’ The Messenger of Allah looked at him and said: ‘The one who does not show mercy [kindness] will not be shown mercy.’’

Dear brothers and sisters:
The Prophet [pbuh] was just and fair with Muslims. He said: ‘You are sons of Adam and Adam came from dust. Let the people cease to boast about their ancestry. These genealogies of yours are no reason to revile anyone. You are all children of Adam. No one has any superiority over another except in religion and taqwa (godliness).’

In his last sermon, the Prophet [pbuh] called on Muslims in the following terms: ‘There is no superiority for an Arab over a non-Arab, for a non-Arab over an Arab, for a white over a black or for a black over a white, except in piety. Verily the noblest amongst you is he who is the most pious.’ He also said, ‘By Allah, if Fatimah the daughter of Muhammad steals, I will cut off her hand.’

He was also just with non-Muslims. The agreement that was made with the Christians of Najran in the south of the Arabian Peninsula was another fine example of the justice of the Prophet [pbuh]. One of the articles in the agreement reads: ‘The lives of the people of Najran and its surrounding area, their religion, their land, property, cattle, those of them who are present or absent, their messengers and their places of worship are under the protection of Allah and the guardianship of His prophet.

Dear brothers and sisters:
The Prophet [pbuh] was noted for his eloquent Arabic. He was an accurate, unpretending, straightforward speaker. He was familiar with the dialects of every tribe. He spoke with his hosts in their own dialects. He only spoke when necessary. He would remain silent for a long time and whenever he spoke, he would end his talk without arrogance. He spoke inclusively and decisively. His speech was not excessive, nor was it short of meaning.

His stamina, endurance and forgiveness were all attributes Allah Himself had bestowed upon him. Even wise men have their flaws, but, unlike others, the more the Messenger of Allah [pbuh] was hurt or injured, the more clement and patient he became. ‘Aishah said: ’The Messenger of Allah [pbuh], whenever given the opportunity to choose between two affairs, always chose the easier or the more convenient. But if he deemed it sinful, he distanced himself from it. He never avenged himself; but when the sanctity of Allah was violated, he would avenge for Allah’s cause, not for himself.

His courage, his succour and his might were outstanding. He was most courageous. He witnessed awkward and difficult times but stood fast. More than once brave and daring men fled leaving him alone; yet he stood with full composure facing the enemy. 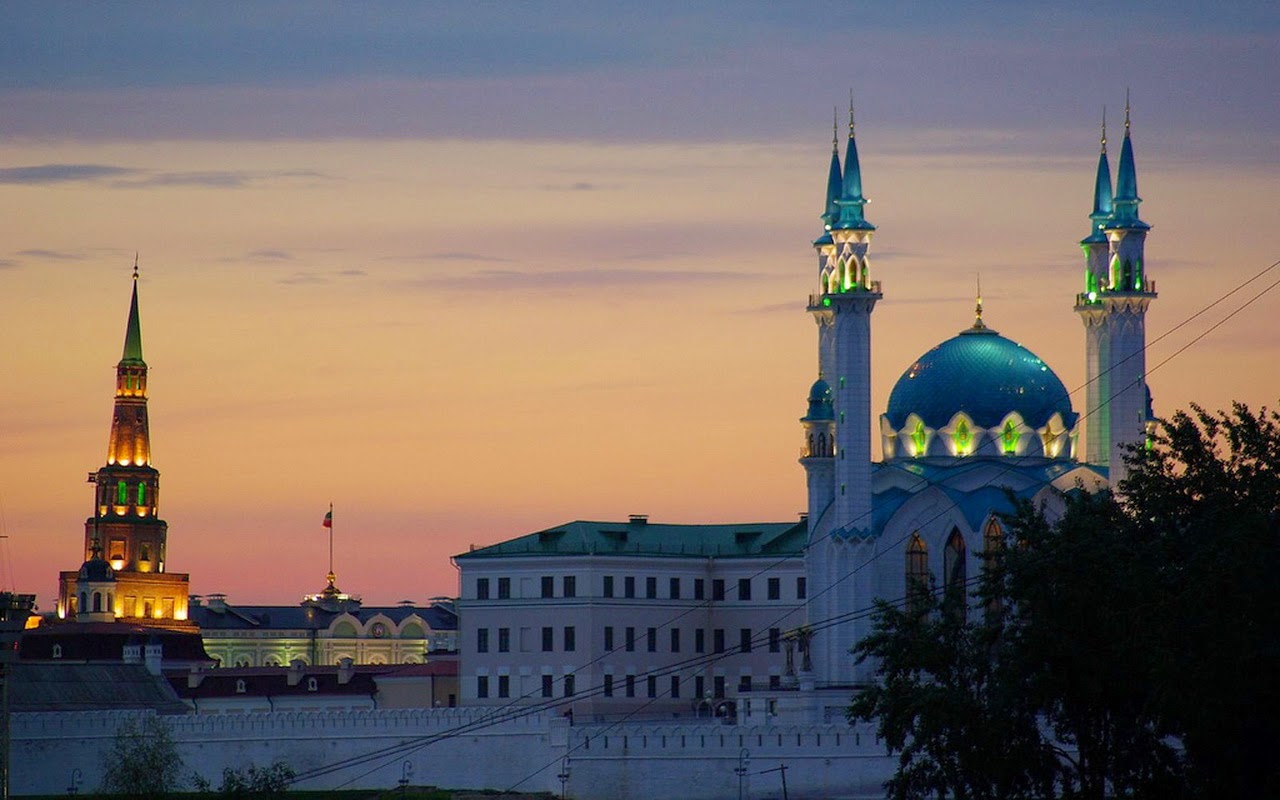 Dear brothers and sisters:
He was most modest and, far from being arrogant or proud, he forbade people to stand up at his presence as people usually do for their kings. He also said in a Hadith, ‘Arrogance is to reject the truth. He was the first to cast his eyes down. Abu Sa’id Al-Khudri said: ‘He was shier than a virgin in her boudoir. When he hated something, we read it on his face.’ [Al-Bukhari] He did not stare anybody in the face. He would never identify a person about whom he had heard bad news — which he hated. Instead, he would ask: ‘Why do certain people do so?’

Dear brothers and sisters:
Visiting the poor and entertaining them were among his habits. If a slave invited him, he would accept the invitation. He always sat amongst his friends as if he were an ordinary person. It was one of his qualities to establish good and steady relationships with his relatives — ‘Silat-Ar-Rahim’. He was most merciful, gentle and amiable to all people. His way of living was the simplest one.

Ill-manners and indecency were completely alien to him. He was decent and did not call people names. He was not the sort of person to curse or make noise in the street. He did not exchange offences with others. He overlooked and forgave offence. He did not feel himself superior to others, not even to his slaves, as far as food or clothes were concerned.
Whoever served him was served by him too. He never said ‘Ugh’ (an utterance of complaint), nor was his servant ever blamed for doing the wrong thing or leaving the right thing undone. He never contemned or disgraced a poor man for his poverty.

He was always in full control of his temper and he never got angry unnecessarily. He was never angry on his own account, nor did he avenge himself. His anger was for Allah’s sanctity and religion. He confirmed the brotherly relationships amongst his companions and thus made them intimate; neither separating nor implanting enmity amongst them.

Dear brothers and sisters:
The Messenger of Allah [pbuh] was always cheerful, easy, good-tempered and lenient. He was never rude, rough, clamorous or indecent. He was neither a critic nor a flatterer. When he spoke, his listeners would pay attention by casting down their heads. They only spoke when he was silent. They did not have disputes or arguments about who was to talk. He who spoke would be listened to by everybody until finished. Talk would be about the topic under discussion. The Messenger of Allah [pbuh] used to laugh at what they laughed at and admired what they used to admire.

The Prophet was kind and wise in his call or invitation to the message of Islam. He followed the best way of noble treatment in his dialogue and debate with non-Muslims. He followed the way of the Qur’an: ‘Invite (all) to the Way of thy Lord with wisdom and beautiful preaching; and argue with them in ways that are best and most gracious….’ [16:125]

Allah and His angels send blessings on the Prophet: O ye that believe! Send ye blessings on him, and salute him with all respect.’ [33:56]

Finally, we as Allah to guide us all.