Home » Lecture » Text » Excellence in the month of Sha‘ban

Excellence in the month of Sha‘ban

There is no doubt that Muslims are required to strive hard to get close to Allah through all
possible acts of worship. However, they are instructed that whatever they do, they should not deviate from the teachings and principles set by the Prophet [pbuh]. He set a shinning model for us that we should follow in order to keep firmly on the right path. Therefore, it is very important for a committed Muslim to make sure that his acts of worship have basis in both the Qur’an and the Sunnah of the Prophet [pbuh].

Today’s Khutbah is dealing with the month of Sha’ban and the middle night of Sha’ban. It answers questions: What did Prophet Muhammad do in that Month? Which days did he prohibit them us to fast? Did he practice any special prayers or say special Du’a on the middle night of Sha’ban? Did he instruct us to do an act of worship during that night other than fasting? Did he celebrate this night? What about those who did not make up the missed days from last Ramadan such as the pregnant, breast-feeding mothers, and the sick?

Dear brothers and sisters:
The Prophet [pbuh] was keen on fasting in the month of Sha`ban, more than he was in other months. `A'ishah narrated that the Prophet [pbuh] never fasted for a whole month except in Ramadan. This was a kind of self-preparation for the coming of Ramadan. There are two reasons for observing fasting in Sha’aban: people neglect it that month, and the deeds of people are raised to be seen by Allah. ‘Usamah Ibn Zayd asked the Prophet [pbuh]: ‘O Messenger of Allah, why don’t you observe fasting in other months as you do in Sha‘ban?’ The Messenger responded: `This is a month most people neglect, between Rajab and Ramadan, the month in which [the annual deeds of humanity]
are raised up to the Lord of the worlds. So, I want my deeds to be raised while I am fasting.’[Abu Dawud]

The Prophet [pbuh] used to fast some days of every month. `A'ishah said that the Prophet [pbuh] would sometimes observe fasting continuously, to the extent that his Companions thought he would never break the fast, and at other times he would refrain from fasting to the extent that they thought he would never fast again. The Prophet [pbuh] usually observed fasting on Mondays and Thursdays and three days of each month [the 13th, 14th and 15th]. He sometimes used to fast alternate day, following the way of Prophet Dawud [pbuh]. On the other hand, there are other days which he prohibits us to fast.

These days are numerous:

1. The day of ‘Id: All scholars agree that such a fast is prohibited;

2. The days of tashriq [three days following the 'Id al-Adha]: It is not permissible to fast during the three days following the 'Id al-Adha. Abu Hurairah narrated that the Messenger of Allah
[pbuh] said, ‘You are not to fast these days. They are days of eating and drinking and remembering Allah.’ [Ahmad]
However, Imam Shaf'i allowed fasting on the days of tashriq if there is some reasons for the fasting.

3. The day of Friday is a kind of weekly ‘Id for Muslims and, therefore, it is prohibited to fast on that day alone. Most scholars say that this prohibition is one of dislike, and not one of complete forbiddance. Jabir narrated that the Prophet said: ‘Do not fast on Friday unless you fast on it together with the day before or the day after.’

4. Prohibited to single out Saturday as a day of fasting; the Messenger of Allah [pbuh] said: ‘Do not fast on Saturdays unless it is an obligatory fast;

5. On the day of doubt: 'Ammar ibn Yasir said: ‘Whoever fasts the 'day of doubt has disobeyed Abu al-Qasim [the Prophet] unless it is a day on which the person usually fasts.’ [Abu Dawud]

6. Every day of the year: It is forbidden to do so because there are certain days of the year on which one is not allowed to fast. The Messenger of Allah said: ‘There is no [reward for] fasting for the one who perpetually fasts.’ [Al-Bukhari and Muslim] So, the Messenger used to fast on that month for two reasons: `This is a month most people neglect, between Rajab and Ramadan, people are heedless during it. Secondly, in this month [the annual deeds of humanity] are raised up to the Lord of the worlds. So, I want my deeds to be raised while I am fasting.

There are some hadiths that speak about the Middle of Sha`ban and its night. There are only two authentic hadiths about that night. The Prophet [pbuh] said, “Allah turns towards His servants on the 15th of Sha`ban and forgives those who ask for His forgiveness, grants mercy to those who ask for it, and delays those who commit shirk or those who are in dispute.’ This hadith is classified as authentic. The Prophet [pbuh] said, “Almighty Allah looks at his people at the 15th night of Sha`ban and forgives the believers and delays the disbelievers.’ [Ahmad and At-Tabarani]

The scholars of hadith say that most of the other hadiths concerning this night are not authentic. They are weak [da`if] according to the criteria of the narrators and scholars of Hadith. Imam Al-Mundhiri [died in 656 A.H.] in his famous book At-Targhib wat-Tarhib [vol. 2, pp. 116-120] reported fourteen hadiths on the subject of this night. The following points can be summarized from those hadiths:

1. The month of Sha`ban is a great month.
2. In this month Allah takes the account of His creation.
3. Because this month occurs between two other important months, many people do not pay enough attention to it.
4. The Prophet [pbuh] loved to fast during this month. He used to fast most of the month of Sha`ban.
5. After sunset on the night of Middle of Sha`ban, Allah in His great mercy and kindness turns towards His creation and asks, ‘Is there anyone who would seek My forgiveness and I forgive him [or her]? Is there anyone who is in need to ask Me and I provide for his [or her] needs. Is there anyone who is in pain and seeks My help and I help him [or her]? Is there…? Is there…?” until the time of Dawn." 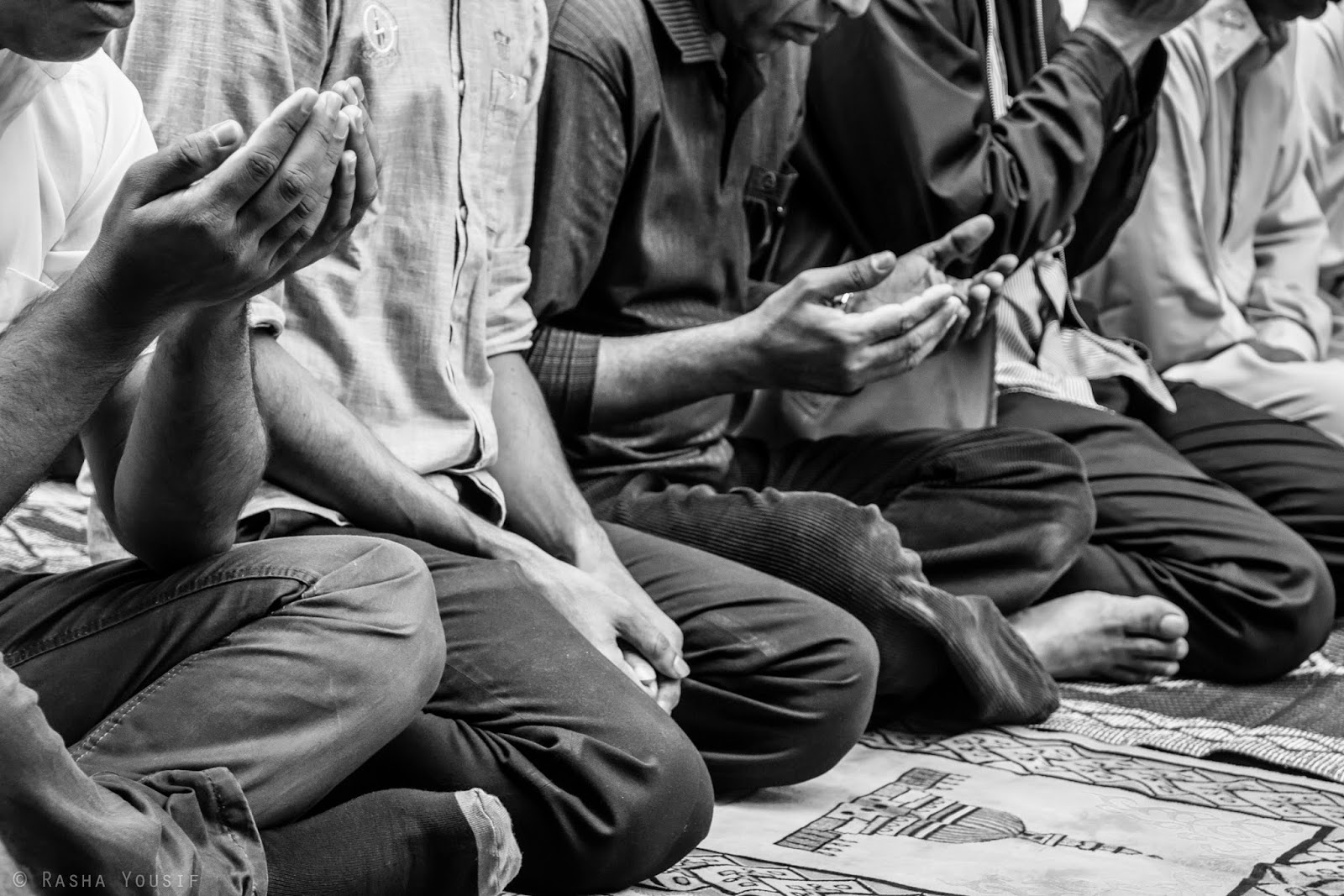 These are the things that we learn from some hadiths about the significance of this night. However, there are many practices and customs common in some Muslim countries and communities, such as staying in the mosque reciting special Du’a between maghrib and Isha; or praying one hundred rak’ah This special Du’a is fabricated and no reference to it in the Sunnah. There are also some superstitious beliefs about this night. For example, some people believe that the spirits of the deceased visit their relatives during this night. Some believe that there is a special tree in Heaven upon whose leaves are the names of all human beings, and whatever leaves drop during this night, those people are destined to die in this year. Some think that the decisions about the life and death of people are made during this night. All these beliefs and superstitions do not belong to the authentic teachings of the Qur’an and Sunnah.

Dear Muslims:
A Muslim male or female should make up for the missed obligatory days of last Ramadan. The missed fast days are to be offered at any time of the year before the coming of the next Ramadan. This implies that there are eleven months for a Muslim to make up for the missed fast days, whether the obligatory fast of Ramadan was broken due to illness, travel, menses, or any other legal excuse. If a Muslim cannot make up the missed days, then he/she should give fidyah, to feed poor person.

Finally, we ask Allah to guide us all. Ameen