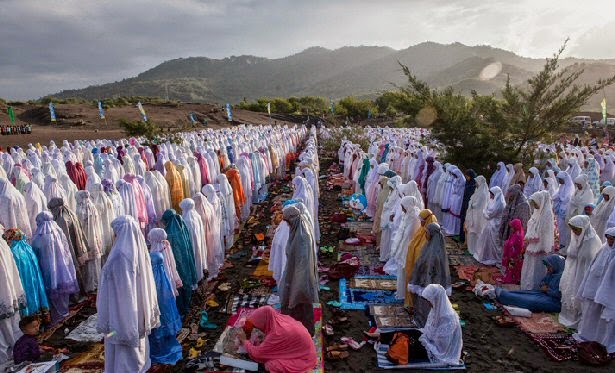 Pick Your Teeth!
The Young Muslims UK - Taking Islam To The People

It's one of the greatest sins and yet it's something we do day after day. Sometimes we don't even realise it. You're just chatting away with your friends and you begin to talk about somebody else. Our whole lives are based around 'Home and Away' and 'Neighbours', soaps based on lying, backbiting etc. But look at what the Prophet (saw) said about it:

As Allah tells us in the Quran:

If you're still not convinced of how big a sin backbiting really is, then look at the punishment Allah has in store for the backbiters. The Prophet (saw) described: "On the night of Mirage I passed by some people who had metal hooks in their hands and were clawing at their faces and their necks with them. I asked Gabriel 'Who were these people?' He said 'These are the people who eat the flesh of human beings and disgrace them'.

This is how big of a sin backbiting is looked upon and yet we continue to backbite without a second thought, next time you lie, talk about somebody, remember Allah (swt) and the Prophet (saw) and put them in front of you before you speak. 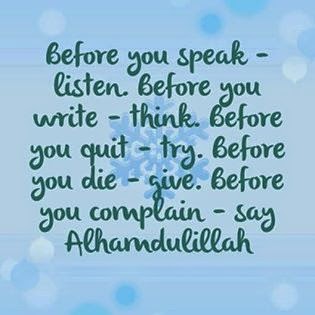 Just having a Laugh!

Don't forget that Allah made us the way we are, so how can you even think of making fun of his creation?

Listen to yourself and to your friends speaking one day - nearly every sentence will have a swear word in it, thinking it's cool and macho to swear, copying the idols of TV and the cinema. Is it really 'cool' to swear? The Hellfire is far from being cool. People will wish they were cool then rather than being cool in this world. Remember! That every time you speak , an angel writes down what you say, and that one day you will have to answer for every single word you ever uttered. So if you swear at someone then it's written down as a sin against you. You're only harming yourself. The Prophet (saw) said that "Abusing a Muslim is a sin and fighting with him is disbelief." (MUSLIM).

'But sometimes you just have to swear'!

We've all been there - you're just so angry with somebody and the only way you can express yourself, is to swear at them. The solution? ...

Don't get angry in the first place.

"Repel evil with what is better. Then he who was your worst enemy will become your best friend." (Ch41v33)

How often do we say such a phrase or say that "I was only joking". We treat lies as being trivial. However we are told that "Allah's messenger did not hate anything more than lying"(Ahmed). The Prophet (saw) was once asked "Can a Muslim be a coward?" He (saw) replied "Yes." and then asked "Can a Muslim be a miser?" and the reply was "Yes." The Prophet (saw) was then asked "Can a Muslim be a liar?" The Prophet (saw) replied "NO! A Muslim can never be a liar". Furthermore, he said "Truth leads to virtue and virtue leads to paradise...Lying leads to wickedness and wickedness leads to the hellfire." (Bukhari). As we know that one lie leads to another ten lies which lead to bad actions. Remember you can lie and think that you have got away with it but on the day of Judgement your hands, tongue and feet will bear testimony against you and tell the truth.

But it's only words!

One day one of the companions asked the Prophet (saw) "O Messenger of Allah. Will we be called to account for what we say?" He replied "May you be lost to your mother - people will be thrown, faces down into the hellfire, only on account to what their tongues said." (Tirmidhi).

Indeed the tongue controls the rest of your body. A well controlled tongue will keep us within Islam but a loose tongue will destroy us.

Instead of swearing, lying and engaging in useless talk we can use our tongues in better ways and what better than telling people about Islam. Allah says "Who is better in speech than one who calls (men) to Allah and works righteousness and says I am one of those who bow down in Islam" (Ch 41v33)

Your tongue can save you as well!

Indeed if you control your tongue and speak good then paradise can be yours. The Prophet (saw) said "Whoever can guarantee me two things I can guarantee them Paradise." The companions asked "What O Messenger of Allah?" He replied "What is between his jaws (his tongue) and his legs (private parts)." (Bukhari)

I've lied and backbited, sworn and made fun of others. I must be doomed I must be going to hell!"

NO! Allah (swt) tells us in the Quran:

"O my servants who have wronged themselves. never despair of the mercy of Allah for truly he forgives all sins. He is the Forgiving, the Merciful." (Ch39v53)

So if you really repent and turn back to Allah and promise not to commit the sin again then truly Allah's promise is true and He will forgive you. If you've backbitten someone - go and tell the person whom you backbited and apologise sincerely and ask them to forgive you. But if you think that the situation will get worse then turn back to Allah sincerely begging for his forgiveness then to make up for what you said, go around and talk good of him.

As we know that the best person to have ever lived is the Prophet Muhammad (saw) and he is the best of example for mankind. If we follow him we can never go wrong. Ayesha (RA) the Prophet's wife described the Prophets conduct as follows:

"He was neither a obscene talker nor a user of bad words. He did not shout nor did he repay evil with evil. He used to forgive people and overlook their sins." (Tirmidhi)

Final Advice: A beautiful saying of the Prophet (saw) that will ensure the protection of our tongue. The Messenger of Allah (saw) said:

"Whoever believes in Allah and the Last day, LET HIM EITHER SPEAK GOOD OR KEEP SILENT" (Agreed upon)