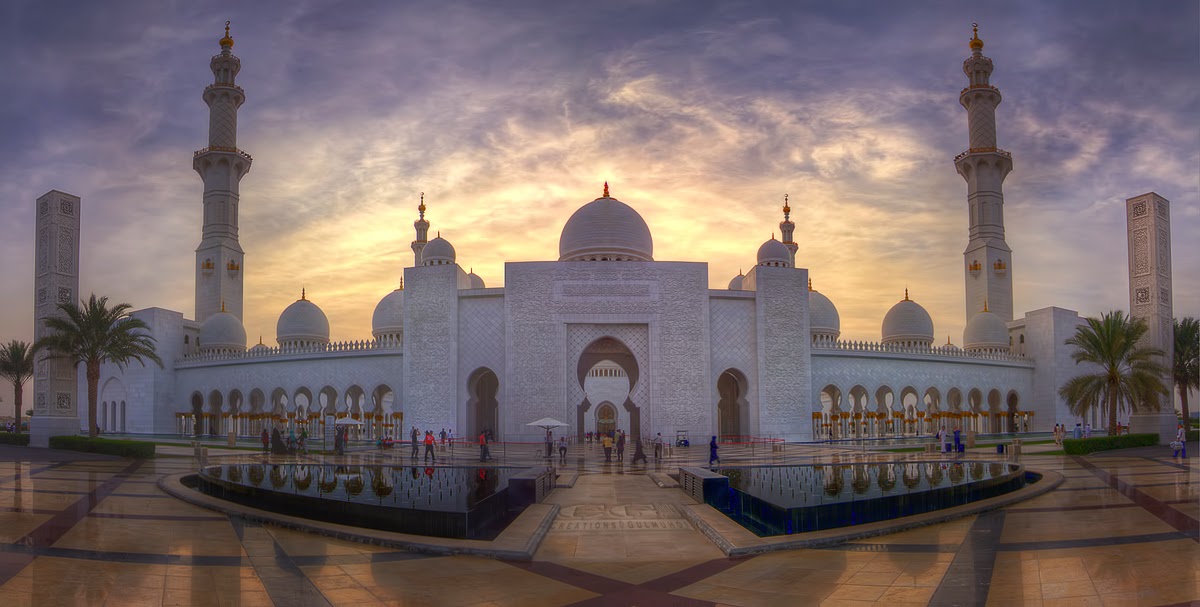 
The Qur’an says, ‘ Say [O Muhammad]! God is One.’ [112-1] It also says, ‘Your Lord is One God, no partner with Him, He is the Most merciful, Most Gracious.’ [2:163] Belief in the Oneness of God is to worship Allah alone as an implementation of the words of truth: “there is no god but Allah and Muhammad (pbuh) is the Messenger of Allah.”

Belief in the Oneness of Allah is the focal point around which the religion of Islam revolves. It is the entire religion. It is to commit yourself to all aspects of this statement and to abide by its dictates under all circumstances in life; prayer, sacrifice, life and death…etc.

The Qur'an has directed utmost attention to the doctrine of Tawheed (the Oneness of Allah) as it is the greatest message of Islam and the mission of every Messenger and Prophet. In the Qur’an, Allah says: “We assuredly sent amongst every people a Messenger, (with the command), “worship Allah, and eschew taghut (all false deities worshiped beside Allah)” (16: 36). And “And question thou our Messengers whom We sent before thee; did We appoint any deities other than the Most Gracious, to be worshiped?” (43: 45). The Qur’an also says: “O my people! Worship Allah! Ye have no other god but Him.” (7: 59). “Not a Messenger did We send before you without this inspiration sent by Us to him: that there is no god but I, therefore worship Me” (21: 25). All these verses and many others prove that the message of all Messengers and Prophets since Adam till Muhammad is Tawheed [i.e. to worship one God]

Dear brothers and sisters:
The greatest act of injustice is to associate partners with Allah in worship. He says, “Whoever sets up partners with Allah, Allah has forbidden Paradise for him…” (5: 72).
The Qur'an contains many verses that deal with the concept of the Oneness of God and the call to it. According to the Qur’an, salvation and pleasure in this life and in the Hereafter are totally founded on the absolute worship of Allah alone.

Dear brothers and sisters:
the opposite of Tawheed [monotheism] is Shirk [polytheism] which means to make partner with Allah in worship. This is called a major Shirk, and this type is not to be forgiven unless the person reverts. The Qur’an says, ‘Verily Allah forgives not that partners should be set up with Him in worship” (4: 48).

The minor types of shirk are many. It is unfortunate that some Muslims fall into actions that negate the principle of Tawheed. It is therefore necessary to explain the issues and rules that have to do with Tawheed. Such actions and minor types of shirk [polytheism] must be avoided. Some of these actions are:

1. Uttering words or statements containing Shirk even if one does not intend it as such. Likewise is swearing by others beside Allah and whoever does that is on the verge of a dangerous sin. The Prophet said, “Whoever swears by other than Allah has committed Shirk.” (Ahmad) He also said, “Do not swear by your fathers or mothers or other deities beside Allah. And also do not swear by Allah unless you are saying the truth.” (Abu Dawud). Similarly, The use of despicable utterances like, “I depend on Allah and you.” Ahmad narrated that: “A man came to the Prophet and told him, ‘Whatever Allah and you will.’ The Prophet replied, ‘Are you making me an equal to Allah? Nay, it is whatever Allah alone wills.’

2. Wearing of talismans and the like, for doing such is part of Shirk. Turn to Allah alone in difficulties for He is the only one capable of removing hardships; consult a sincere scholars or imam when you are in hardship. The Qur’an says, “And if Allah touches you with harm, none can remove it but He, and if He touches you with good, He is able to do all things...” (Al-An’aam: 17-18). All these superstitious objects that people wear cannot prevent harm from touching them, nor can they cure them of any illness. One should therefore keep away from them. The Prophet said, ‘Whoever hangs a talisman [on his body], commits a shirk.’ [Ahmad]

3. Visiting fortune-tellers, astrologers and soothsayers because they claim to possess the knowledge of the unseen. They are tricky and treacherous people and ask their clients to associate partners with Allah and to slaughter animals to others beside Allah. The Prophet said, “Whoever visits a fortune-teller and asks him anything, his prayer will no be accepted for forty nights.” (Muslim) He also said, “Whoever visits a soothsayer and believes him in what he says has disbelieved in what is revealed to Muhammad.” (Ahmad). He also said, “May Allah curse whoever slaughters for others beside Allah.”

4. Among the aspects of minor shirk is to perceive evil omens in days, months or some birds is a prohibited act. Perceiving evil omens does not in any way change what has been decreed. The Messenger of Allah said, “(There is) no Adwa (no contagious disease is conveyed without Allah’s permission), nor is their any bad omen (from birds) nor is there any (bad omen in a bird called) Haamah nor is there any bad omen in the month of Safar.” [al-Bukhari] 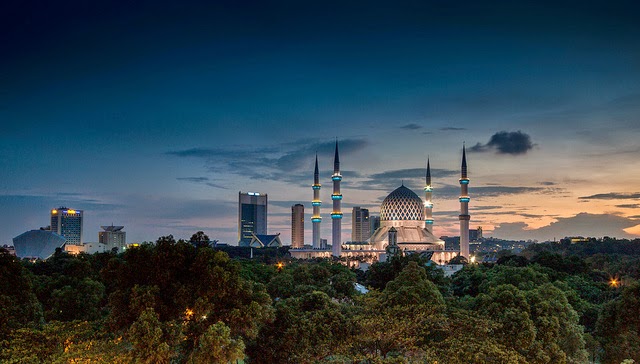 5. Seeking help from the dead, asking them one’s needs, slaughtering to appease them etc. are all forbidden acts. Allah says, “And who is more astray than one who calls (invokes) beside Allah, such as will not answer him until the Day of Resurrection and are (even) unaware of their calls (invocations) to them. And when mankind are gathered (on the Day of Resurrection) they (the false deities) will become enemies for them and deny their worshipping.” (46: 5-6).

6. It is not permissible to seek blessings neither from the Prophet’s grave nor from his birthplace or that of any Prophet or righteous people or to say, O such and such, O Hassan or Husain…etc. It is also not permissible to seek blessing from walls of any mosque, even the sacred mosque in Makkah. It is only recommended to kiss or touch Al-Hajar Al-Aswad. ‘Umar Ibn al-Khattab also said while kissing the Black Stone, “By Allah! I know that you are only a stone that can neither benefit no harm, had I not seen the Prophet kissing you, I would not have kissed you.” (Muslim)

7. It is a minor type of shirk to show off as the Prophet warned us in the Hadith, ‘On the day of Judgment, Allah will say to those who used to show off, ‘Go to those whom you showed off in order to reward you.’ The Messenger of Allah (pbuh) said, “Almighty Allah says, ‘I am the One Who is most free from want of partners. He who does a thing for the sake of someone else beside Me, I discard him and his polytheism.''
[Muslim]

8. It is also not recommended to extremely and excessively exaggerate in praising Prophet Muhammad for he forbids us to do that when he said, ‘Do not exaggerate in praising me as the Christians praised the son of Mary, for I am only a Slave. So, call me the Slave of Allah and His Messenger. [al-Bukhari] the reason for this prohibition is mentioned the Hadith.

Dear brothers and sisters:
Keep your Tawheed pure and free from Shirk. The Qur’an says, ‘…So worship Allah, making religion pure for Him (only). (2) Surely pure religion is for Allah only. And those who choose protecting friends beside Him (say): We worship them only that they may bring us near unto Allah.’ [39:2-3] Allah also says, "You (alone) we worship; You (alone) we ask for help. [1:5]"

Finally, it is the right of Allah upon us to worship Him alone and not to make partner with. Mu’ath Ibn Jabal said, the Prophet said to me “O Mu’aath! Do you know Allah’s right upon His slaves and the slaves’ right upon Allah?” I said, “Allah and His Messenger know best.” He then said, “Allah’s right upon His slave is that they should worship Him and associate nothing with Him in worship, and the slaves’ right upon Allah is that He does not punish whoever does not associate anything with Him.” (Muslim).

Finally, we ask God to guide us all.