Home » News » Some Views on Dictators

Some Views on Dictators 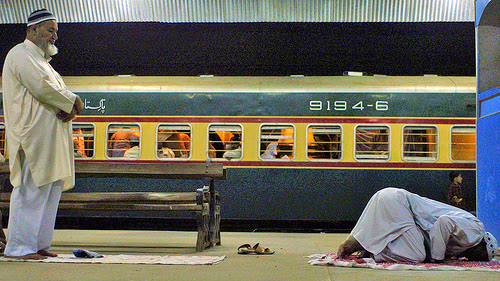 Recently Pakistan's Chief martial Law Administrator General Muhammad Zia ul-Haqq [Note that this article was written in 1985, but we see that we again have an un-Islamic dictatorship in Pakistan] held a referendum in order to, legitimize his rule for another five years. And of course, the General won the referendum. Never in history has a dictator held a referendum without winning it by a most handsome margin.

The reason dictators always win referendums is, of course, that they hold them in a way that a comfortable victory is ensured in advance. Our brother General Zia ensured his victory by three means:

-    By making all criticism of the nature and manner of the referendum illegal,

-    By being fully prepared to use as much force as necessary to suppress any active resistance to the referendum.

It is clear that a referendum held under such conditions hardly changes anything. Gen. Zia's regime remains what it was before, namely, a military dictatorship which must be declared un-Islamic and evil.

When some Muslims declare that military dictatorship is un-Islamic and evil, pro-dictatorship brothers and sisters come up with the strangest of responses. For example, some of them say that Muslims have always been ruled by the danda (stick) and that is the way they should be ruled now and forever. Others, insulting the people of Pakistan, say that democracy is for educated and civilized nations, not for nations like Pakistan. In an attempt to cure the hardheartedness of these brothers and sisters we remind them of the hadith which says that God behaves to a people according to what they expect of Him. Those who expect danda from Him, He gives them danda and those who hope for mercy, freedom, justice, dignity and self-respect, He gives them these things. God has both the good and evil to give. Lucky are we if we hope for good things from Him and unlucky are those who expect evil from Him. 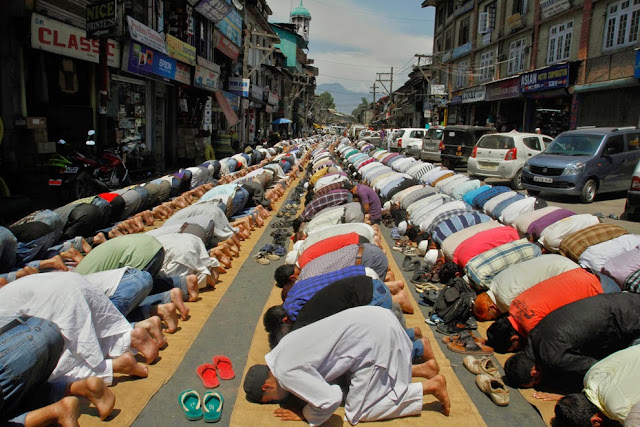 Finally, some pro-dictatorship brothers say that when Al-Ummah declares that dictatorship is un-Islamic it is giving its own interpretation of Islam. But, al-hamd li Allah (By the Grace of God), Al-Ummah's view is not of its own devising. It is one which is shared by many Muslims. In the present issue we quote the following well-known Muslims who have held the same view:

5. Religious leaders of an Islamic government (the government of the Islamic Republic of Iran)

We begin by Hadhrat 'Umar's view of dictatorship.

In al-Musannaf by 'Abd al-Razzaq bin Humam, three traditions are recorded that reveal Hadhrat 'Umar's view of how amir (leader) should be chosen and what to do with a person who imposes his rule over Muslims by force or political intrigue. In one tradition, it is related that when the question of choosing an amir after the death of the Prophet of Islam arose, Hadhrat 'Umar said: "The command in this respect is shura." In another tradition, he says: "You are free to kill anyone who calls for the leadership of himself or of others without consulting the Muslims." And in a third tradition he says: "You must kill anyone who claims command over you without consulting the Muslims."

It is clear from these traditions that Hadhrat 'Umar believed that a Muslim amir should be chosen by consultation with the Muslims concerned and if anyone by-passes the process of consultation and brings himself or someone else to power by some other means, he should be punished by death. It goes without saying that the process of consultation used in choosing an amir must be sincere (and not consist of referendums whose victory it insures in advance), it must be creditable (and not be in the form of rigged elections of the type Bhutto [a former Pakistani prime minister] once held) and it must be broadly based and directly or indirectly involve as many Muslims as possible (and not be limited to a small group of self-styled king-makers).

Brother Muhammad 'Ali Jinah was one of the greatest leaders the Muslim world has produced in the twentieth century. The people of Pakistan express their justified love and respect for him by referring to him as Qaid-e-'Azam (the Great Leader). He had this to say about the democratic nature of Islam:

"There are no people in the world who are more democratic, even in their religion, than the Musalmans."

Later, when his efforts had been blessed by the creation of Pakistan, he addressed the newly created nation and told them:

"Now you have to stand guard over the development and maintenance of democracy, Islamic social justice and equality of mankind in your native soil." 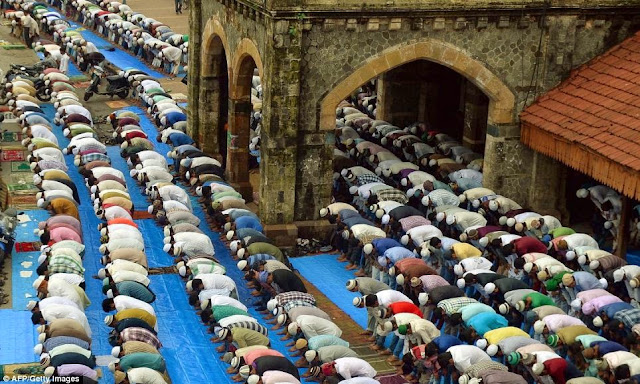 A. A. MAUDUDI'S VIEW

Although the party that Br. A.A. Maududi founded has often had very cozy relationships with kings as well as dictators and even within that jama'at there hardly exists anything remotely resembling democracy, in the writings of Br. Maududi the democratic nature of Islam is clearly affirmed. In his booklet, The Islamic way of Life, he writes:

"Every person in an Islamic society enjoys the rights and powers of a khalifa (representative) of God and in this respect all people are equal. No one takes precedence over another or can deprive him of his rights and powers. The agency for running the affairs of the state will be formed in accordance with the will of the people and the authority of the state will only be an accretion of the powers of the people delegated to it. Their opinion will be decisive in the formation of the government which will be run with their counsel and in accordance with their wishes. Whoever gains their confidence will undertake the duty and obligations of the caliphate on their behalf: and when he loses this confidence he will have to quit and bow before their will. In this regard, the political system of Islam is a perfect form of democracy - as perfect as a democracy can ever be."

Br. Muhammad Asad is a noted Muslim writer, translator and commentator of the Qur`an. In his book, The principles of State and Government in Islam, he identifies two main parts of an Islamic government: an amir who heads the executive branch and a majlis ash-shura which legislates laws; and says that both must be elected by the people:

"Thus it follows that, in order to satisfy the requirements of Islamic law, the leadership of the state must be of an elective nature; consequently, an assumption of governmental power through non-elective means of any description whatsoever becomes automatically, even though the person or persons concerned be Muslims, as illegal as an imposition of power by conquest from outside the Muslim community." (p.36)

"(The Qur`anic ordinance, amruhum shura baynahum, the believers' affairs are to be run by mutual consultation among themselves) must be regarded as the fundamental operative clause of all Islamic thought relating to statecraft. It is so comprehensive that it reaches out into almost every department of political life, and it is so self-expressive and unequivocal that no attempt at arbitrary interpretation can change its purpose. The word amr, in this injunction refers to all affairs of a communal nature and therefore also to the manner in which the government of an Islamic state is to be established: that is, to the elective principle underlying all governmental authority. Beyond that, the phrase amruhum shura baynahum - literally, "their communal business is consultation among themselves" - makes the transaction of all political business not only consequent upon, but synonymous with, consultation: which means that the legislative powers of the state must be vested in an assembly chosen by the community specifically for this purpose."

"It is evident from the context that the expression "among themselves" in the Qur`anic ordinance under consideration refers to the whole community: hence, the legislative assembly - or, to use a term well known throughout Muslim history, the majlis ash-shura - must be truly representative of the entire community, both men and women. Such a representative character can be achieved only through free and general elections: therefore, the members of the majlis must be elected by means of the widest possible suffrage, including both men and women."

The Islamic revolution in Iran that swept away the rule of the shah in 1978 is, as is well known, lead by Muslim 'ulama (scholars) that have had a very traditional Islamic education. Yet, the Islamic government that was established after the success of the revolution is based on a system of regular elections. It is evident from this that the leading Muslim 'ulama or the ayatollahs in Iran view this system as perfectly desirable from an Islamic point of view.