6 Awesome Things About the Quran I Love 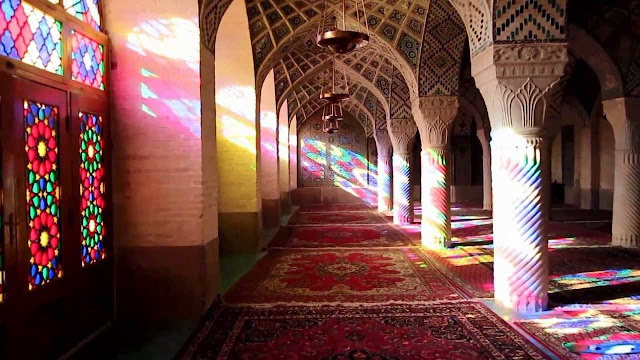 Too often in the news, Islam is only associated with terrorism and fanaticism. An uninformed viewer may think to himself: How could anyone in their right minds find inspiration and solace from such a faith? But, to billions of people, Islam is their avenue for seeking liberation and peace.

My spiritual journey, believe it or not, began on a dull evening with a lot of time to spare on my hands. It so happened that on that particular day, the electricity was down in my home, and I couldn't find anything to do. Browsing through my cellphone, I stumbled across a Quran app I had downloaded earlier. And, for some reason, I felt an urge to finally read the book I professed to "believe" in. Within the next few days, I had finished it.

The Quran, I found, was truly a fascinating book: very different to how some Muslims practice Islam. Above all, it was a book I could very much relate to, and find answers to the dilemmas I often thought about. Naturally, the more time I spent with it, the more it seemed to give me back. Thus, as I went deeper and deeper into the Quran, I was left mesmerized by its structure, cohesiveness, and the language it employs that happened to reflect my own being so precisely.

Through all the ups and downs - the sudden moments of euphoria and multiple crises of faith - it is fair to say that this journey completely changed me for the better. It liberated me from an ordinary existence and gave my life a meaning, and a purpose.

Without further ado, here are 6 things I love most about the Quran:

4- The Quran Champions Freedom of Conscience.

6- The Quran Considers Belief as a Means to an End, and Not an End in Itself 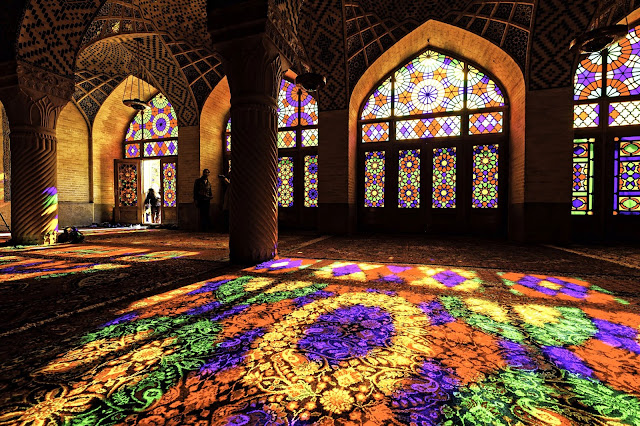 Indeed, the most disliked created beings in the Sight of God are the deaf and the dumb who do not use their intellect. (Quran, 8:22)

You shall not accept any information, unless you verify it for yourself. I have given you the hearing, the eyesight, and the brain, and you are responsible for using them. (Quran, 17:36)

When I first started reading the Quran, my paradigm was drastically different to what it is now. Back then, whether a particular interpretation or belief was rational or not wasn't a prerequisite for believing in it. "It was the word of God, after all!", I thought, "Dare I question it?"

However, it was the Quran, with its repeated emphasis on questioning and contemplation, that made me realize the merits of free-thought. The profound statement, "Will you, then, not think?" appears numerous times in the Quran, and at regular intervals! Gradually, instead of simply believing everything I heard and read, I started analyzing things.

And that has truly changed my world for the better.

When I hear some new-atheists say that the Quran is a medieval book that suppresses freedom of thought and is an exercise in surrendering the mind, I find myself shaking my head in disbelief. "Have these folks even read the Quran?", I think to myself.

The idea that religion suppresses free thought and encourages blind belief certainly is, by no means, representative of the Quran. In fact, the opposite is true: those who do not reason are vehemently condemned (Quran 10:100) and are considered "no different from animals" (Quran 25:44). It is this emphasis on free-thought and acquiring knowledge that ultimately led to what we call "The Golden Age of Islam".

However, a thinking population is always dangerous to the status quo, and hence these verses were gradually brushed aside, replaced by a bizarre sentiment of blindly following those in power (whether religious, or political). Add to that the notion of a heavenly reward for reading the Quran in Arabic (even for non-Arabic speakers) promoted by the clergy, and you've got a largely ignorant population at the whims of what religious figures teach them about Islam.

O you who believe, many religious leaders and preachers take people's money illicitly, and repel from the path of God. (Quran, 9:34)

And they (the common people) will say: O our Sustainer! Behold, we paid heed unto our leaders and our great men, and it is they who have led us astray from the right path! (Quran, 33:67)

If you obey the majority of people on earth, they will lead you astray from God's way. Most of the people follow nothing but conjecture and they only live by guesswork. (Quran, 6:116)

It would come as a surprise to many (even Muslims who haven't read the Quran) that the Quran warns people about the dubious ways of many religious preachers, and asks people to be wary of them. A religion that was only devised to control and cheat people would never expose religious preachers like this, for it would be against their very interests!

Time and time again, we find passages in the Quran about people blaming themselves on the Day of Accountability because they had not reasoned for themselves, and had blindly adopted the ways of their ancestors and/or religious and political leaders. These serve as excellent reminders to continually re-evaluate one's beliefs. As Mark Twain also once said, "Whenever you find yourself on the side of the majority, it is time to pause and reflect."

What did I learn from these verses? That just because a belief and/or practice is popular and accepted by many does not necessarily make it true or beneficial. These verses have taught me to question everything - be they cultural norms, religious opinions or whatever else. 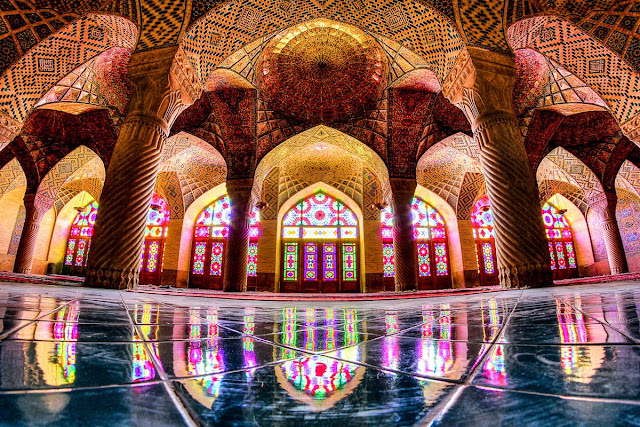 Surely, those who believe (in the Qur'an and call themselves Muslims), and those who are Jews, and Christians and the Sabians; whoever acknowledges God, The Day of Accountability, and does acts of reformation - their reward is with their Sustainer. For them shall be no fear from without, nor shall grief touch them from within. (Quran, 2:62)

As for those who sincerely strive for Us, We shall most certainly guide them onto paths that lead unto Us: for, behold, God is indeed with the doers of good. (Quran, 29:69)

Sectarianism thrives on the idea of there being only one correct way to worship and serve God. By acknowledging that there are, in fact, multiple paths that lead to God, the Quran entirely discredits and nullifies sectarianism.

Truth be told, there was a time when I believed only I and people who shared my beliefs were "rightly guided." However, these verses eventually changed my stance for the better. They made me realize that no faith or school of thought has a monopoly on truth, and that has really "broadened my horizons", so to speak. Irrespective of where a truth comes from, a truth is a truth and should be accepted on its own merit. And, what a liberating thought this is!

4--The Quran Champions Freedom of Conscience.

"If your Sustainer willed, all who are on earth, would have believed (by not providing free will). Would you then, compel people to become believers?" (Quran, 10:99)

Despite what some modern Muslim majority states do in the name of God (namely, anti-blasphemy & apostasy laws), the Quran advocates total freedom of speech and expression. This is, after all, a fundamental human right. Otherwise, what would be the point in endowing human beings with free-will? 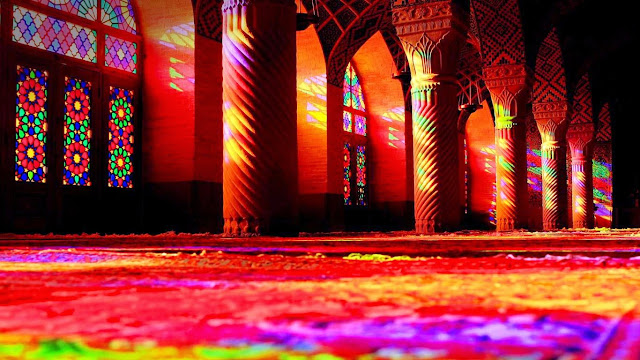 O You who have chosen to be graced with belief! Stand up firmly for justice, witnesses for God, even if it is against yourselves, your parents and your relatives, and whether the case is of a rich person or a poor person. God is nearer to them than you are.

Do not follow your emotions lest you fall short of justice. If you distort your testimony or turn away (from this command, know that) God is Aware of all your actions. (Quran, 4:135)

The Quranic program is centered in the pursuit of social justice, and fighting oppression. Islam is not a faith that only gives you a dogma to believe in, in return for paradise; but rather expects you to utilize your resources in helping the vulnerable and in becoming agents of peace and justice!

This repeated emphasis on social and economic justice by the Quran has restored my belief in my capabilities that I can make a difference, no matter how small. It has inspired me to be more involved in my community, and help those in need.

6- The Quran Considers Belief as a Means to an End, and Not an End in Itself:

Do people think that they will be left (at ease) simply because they say, "We believe", and will not be put to test? (Quran, 29:2)

I am so glad that this verse is so explicit, because so many religious people (Muslims included) today exhaust all their energies on "believing this" and "believing that", all the while failing to translate that belief into some meaningful action. It is unfortunate that for many, religion has devolved into a list of things they must believe in, in order to be eligible for paradise.

But, it is what you do that is the main concern of the Quran: how you translate that belief into action. And this teaches me that "believing" in values like honesty, justice, loyalty etc. is not the point - living these values is.

And that's how my faith inspires me to evolve as a human being!