Home » Bible » News » Muslims not responsible for terrorists distorting faith. But terrorism is not mine, I will not claim it not even through an apology.

Muslims not responsible for terrorists distorting faith. But terrorism is not mine, I will not claim it not even through an apology.

"I believe in a freedom that is true, that is real, and that is unapologetically principled. I will always do my part and fight for justice. But terrorism is not mine. I will not claim it, not even through an apology."  Rana Elmir is the deputy director of the American Civil Liberties Union of Michigan, USA

As an American Muslim (USA), I am consistently and aggressively asked - by media figures, religious leaders, politicians, and Internet trolls - to condemn terrorism to prove my patriotism.

Make no mistake: The terror imposed by those who sympathize with Daesh (an Arabic acronym for the Islamic State extremist group), al-Qaeda, Boko Haram, al-Shabab, and other groups is just as foreign to me as the terror advanced by mostly white men at the alarming rate of one mass killing every two weeks in this country. 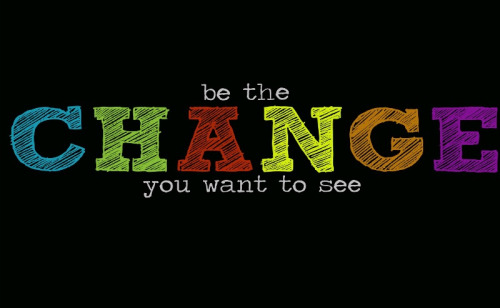 Therefore, just as I have never been asked to condemn Dylann Storm Roof's attack on parishioners of a historic black church in South Carolina, Robert Dear's attack on a Planned Parenthood facility, the murder of 20 children at Sandy Hook Elementary School, or the slaughter of moviegoers in Colorado or Louisiana, I will not be bullied into condemning terror perpetrated by psychopaths who misrepresent and distort Islam for their deranged purposes.

Not surprisingly, nativist rhetoric and policies targeting American Muslims always start with the same feral calls for condemnation. Asking us to apologize for violence that has orphaned generations of Muslims has the perverse effect of revictimizing us by erasing our humanity and experiences. There is no other acceptable scenario in which the media, politicians, and even our president would urge and expect victims to apologize publicly and rout out the ideology that contributed to their own persecution.

Since 2000, the majority of terror attacks have occurred in five countries - Iraq, Afghanistan, Pakistan, Nigeria, and Syria, all Muslim-majority countries. Close to 90 percent of the victims of Daesh are Muslims. A 2009 study conducted by the Combating Terrorism Center at the U.S. Military Academy at West Point concluded, conservatively, that al-Qaeda has killed eight times as many Muslims as non-Muslims.

Muslims across the globe are not threats. They are threatened.

Examples of crimes, threats, and harassment against American Muslims abound.

In November, a group of individuals euphemistically called "armed protesters" by the media rallied outside the Islamic Center of Irving in Texas, greeting worshipers with assault rifles and other weapons. Later, the organizing group published the names and addresses of Muslim families and "sympathizers" on social media.

In New York, a store clerk was beaten by a man who yelled "I kill Muslims!"

In California, a woman berated a group of Muslims praying in a park and then threw hot coffee on them. Elsewhere in California, police are investigating a fire at a mosque as a hate crime.

The list goes on, with even children in the role of both target and perpetrator. A Muslim girl in New York was put in a headlock, punched repeatedly, and called "ISIS" by her classmates. An aggrieved mother reported on social media that she had to comfort her 8-year-old daughter because she began packing a bag after she heard "someone with yellow hair named Trump wanted to kick all Muslims out of America."

A friend who has committed herself to bringing interfaith communities together and who has never shrugged off a question about her identity as an American Muslim woman who wears hijab spoke to me of a paralyzing fear she feels every time she leaves the house.

In a country that cherishes religious freedom, countless other women are sincerely questioning whether they should remove their hijab for the safety of their children.

Sadly, as Muslims, we contribute to our own oppression by erroneously believing that if we just apologize, then the anti-Muslim rhetoric will end. And it never does.

Condemnation becomes our admission of guilt, and we indirectly concede that terror is borne of us, and, therefore, we must atone and condone policies that criminalize us to prove "we have nothing to hide."

But these calls for condemnation serve only zealots who will never be satisfied. They thrive and profit off of the fear-mongering, hate, and violence generated by othering and silencing an entire community who has lived and contributed to our nation since its founding.

The first Muslims in the United States were brought over bound as slaves, not immigrants. Muslims fought in every war starting with the American Revolution and have contributed to every facet of society - law, education, medicine, government, fashion, music, architecture, and sports.

And while some American Muslims have prospered, many face challenges - poverty, unemployment, and undereducation - often overshadowed by foreign policy and compounded by pervasive discrimination in our country.

But I believe in a freedom that is true, that is real, and that is unapologetically principled. I will always do my part and fight for justice.

But terrorism is not mine. I will not claim it, not even through an apology.