Home » Lecture » Text » Muslims Need for the Qur‘aan and Sunnah

Muslims Need for the Qur‘aan and Sunnah 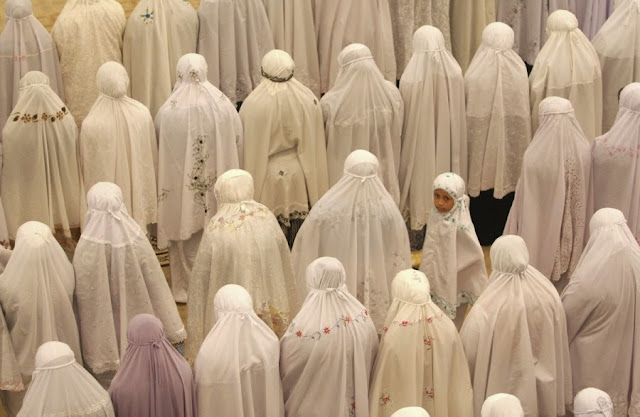 All praise is due to Allâh, Rabb (Cherisher and Sustainer) of all the worlds. May peace and blessings of Allâh be upon the Messenger of Allâh, his households and companions.

Fellow Muslims! Hearts need a word that soothes them and the ears need to hear words that gladden the hearts and make them have peace and that widens the inner and outer sights. It is a word that no time is enough to say it and no tongue can give it its due whoever pens and papers strive to contain that. It is a word that the ummah is in most dire need of it. In fact, the present deplorable condition of Muslim makes the Ummah’s need for this word more compelling. They are in dire need to treat this word, call unto it, reflect on it and accept it. This word is a talk about the Divine path whose spring never dries and whose bounty never ends.

It is a path which Allâh has chosen for the Muslim ummah to control the lives of the individuals and upon which the foundations of their societies should be built; under a shade of a life full of happiness and peace and that will eventually lead to eternal victory and bliss.

Brethren in faith! This path is the path of the two revelations: the Qur‘aan and Sunnah.  It is the path that has clear landmarks and pure sources that build every excellent value and establishes the greatest civilization that is adorned with blossoming edifice, fruitful bounties and perpetual good. That is the path that leads to the middle road that is based on clear foundations without any element that calls to extravagance, extremism or negligence.

Brethren Islaam! Uprightness in all matters and improved life in this world and the Hereafter are all based on following the Qur‘aan and Sunnah. Whoever accepts the two has accepted all good and achieved the greatest desire. Allâh (S.W.T.) says,

There is nothing that protects human life, guarantees its safety, controls the desires and prevents their harms, preserves the nature except that it is found in the Qur‘aan and Sunnah. The Qur‘aan and Sunnah leads to all that is good and its causes and protects mankind from all that is evil. They contain subtle regulations for body and soul, for the human reason, for individuals and groups, in this world and hereafter. Theirs are regulations that are compatible with sound human nature and useful thoughts, and are accepted by free minds and people of upright reasons. They cure all diseases, activate behaviors and regulate all affairs so that the life may be that tranquility, happiness and peace. Allâh (S.W.T.) says,

“And We sent down of the Qur‘aan that which is a healing and a mercy to those who believe (in Islaamic Monotheism).”    (Al-Israa 17:82)

Brethren in Faith! When the life is based on the path of the Qur‘aan and sunnah, that will be an ideal life in which misery will be removed from human minds and disruption will be erased out of his psyche as well as distress and sorrow. Allâh (S.W.T.) says,

“Whenever there comes to you guidance from Me, and whoever follows My guidance, there shall be no fear on them nor shall they grieve.”   (Al-Baqarah 2:38)

Fellow Muslims! This ummah of ours shall have no glory in this world and the hereafter except by holding fast on to the Qur‘aan and Sunnah in every aspect of their life: in matters of belief law, arbitration, manners and etiquettes. Allâh (S.W.T.) says,

“So hold you fast to that which is revealed to you. Verily, you are on the straight path. And verily, this is indeed a reminder and your people and you will be questioned.”   (Az-Zukhruf 43:43-44)

Fellow Muslims! The world of today, nations and individuals, is full of ambitions. People eat but they are not satisfied, they drink but they do not have their thirst quenched. This kind of life push individuals and nations are push into crazy movements that can lead to disability, destruction and misery and even lead to great evil and huge destruction. Do the wise men among mankind realize that there is no way out and no salvation except through answering the call of the Creator; a call by which conditions are bettered.

“O mankind! Verily, there has come unto you a convincing proof from your Rabb; and We sent down to you a manifest light (this Qur‘aan). So as for those who believed in Allâh and held fast to Him, He will admit them to His Mercy and Grace (i.e. Paradise), and guide them to Himself by the Straight Path.”   (An-Nisaa 4:174-175)

It is therefore incumbent on the Muslims, the leaders and the lead to follow the right guidance and the protecting way without which they will only live in perpetual distress and toil and an everlasting loss and misery. The Messenger of Allâh Sallallahu ‘alayhi wa sallam (s.a.w.s.) said, “I have left with you that which, if you hold on to it, you will never go astray: the Book of Allâh.” He also said, “I have left you on a bright path, whose night is as clear as its day and from which no one deviates but the doomed.”

Brethren in faith! Now is the time for self-examination. The ummah must now examine herself and her situation. She should wake up from her forgetfulness. Now is the time to review our behavior and deeds in comparison to that of the Prophet (s.a.w.s.) and his guidance. Allâh (S.W.T.) says,

“And perform prayers and give Zakaah and obey the Messenger that you may receive mercy.”  (An-Noor 24:56)

“Has not the time come for the hearts of those who believe to be affected by Allâh’s Reminder (the Qur’aan) and that which has been revealed of the truth.” (Al-Hadeed 57:16)

This ummah cannot prosper unless she rises to rectify her situation according to the way of her Prophet in all aspects.

“Indeed in the Messenger of Allâh you have a good example to follow for him who hopes for (meeting with) Allâh and the Last Day, and remembers Allâh much.” (Al-Ahzaab 33:21)

Fellow Muslims! The enemies of Islaam are bent on disuniting the Muslims and cooperate with one another to deny them their rights and kill the spirit of religion and glory in them. They want to tear up the land, turn its inhabitants into dissenting groups, destroy the youth’s thinking so that they will preserve no religion nor live a good life.

The ummah must know that they have enemies from whose mouths, pens and media comes enmity and hatred. Allâh (S.W.T.) says,

“Hatred has already appeared from their mouths but what their breasts conceal is far worse.” (Aal Imraan 3:118)

Will the ummah then learn that what afflicts her is fundamentally caused by the their lack of proper application of injunctions of their religion in many aspects of their lives and substituting the law of the Rabb (Cherisher and Sustainer) of all the worlds with man-made constitutions. The ummah has tried many ideologies that are far from the Qur’aan and Sunnah but has that earned us nothing more than woeful failure and horrible disgrace? Man-made laws has made the ummah tasted all kind of humiliation and subjugation and made the Muslims live in all kinds of problems. Allâh (S.W.T.) says,

“Then do you believe in the path of the Scripture and reject the rest? Then what is the recompense of those who so among you, except disgrace in the life of this world, and on the Day of Resurrection they shall be consigned to the most grievous torment. And Allâh is not unaware of what you do.”  (Al-Baqarah 2:85)

Fellow Muslims! If our nation lives stages of weakness and disunity and experiences kinds of backwardness, other nations had also experienced kinds of calamities. The decrees of Allâh must come to pass and the days are in turns. The strong in this worldly life cannot be strong for ever and the weak cannot remain weak for ever. But it is of the way of Allâh what He mentions in His Book when He says,

The Muslim ummah must therefore review her in the light of the way of Allâh and reflect over her places of weakness. They must know that the calamity is great and that the reform lies only in the maintaining a good relationship with the Book of Allâh and the Sunnah of the Prophet Sallallahu ‘alayhi wa sallam (s.a.w.s.). There is no way out of all these terrible situations and impediments except by having a sincere return to the religion of Allâh, taking absolute refuge with Him and having a total devotion to Him. That is the source of stability, strength and authority and the way to glory and security. Allâh (S.W.T.) says,

Let us understand the way of Allâh in changing things and the paths to glory and authority. Let us view our points of weakness in the light of the Qur’aan and Sunnah and let us mode every aspects of our life according to their injunctions. The Messenger of Allâh (s.a.w.s.) said, “Whoever lives long among you shall see a lot discrepancies. So hold fast on to my Sunnah and that of the rightly guided successors. Adhere to them strictly and keep away from innovations.”

Brethren in faith! The Muslim ummah cannot earn the quality of the best community with Allâh describes it except holding fast onto the Book of Allâh and following the Sunnah of His Messenger (s.a.w.s.) with resoluteness and having determined submission to their injunctions. Allâh (S.W.T.) says,

“This is a Book which We have revealed unto you in order that you might lead the mankind out of darkness into light by their Rabb’s leave to the path of the All-Mighty, the Owner of all praise.”  (Ibraaheem 14:2)

Let the Qur’aan and the path of the Messenger (s.a.w.s.) strengthen our resolution and spur our determination.

Fellow Muslims! There is a question which we must ask ourselves. Where is the position of the Qur’aan and Sunnah in our judgement and arbitration? Where are their criterion in our economy and media? What is their position in the manners of individuals and societies? Where are their teachings our relationships and undertakings?

Dear brethren! We must carry out a self examination  that will remove all forgetfulness and reawaken the sense of following the guidance of the Prophet (s.a.w.s.) . Now tell me! How can the life be fruitful for one  who knows Allâh but yet does not fulfill His rights, reads the Book of Allâh but do not act upon it and claims to love the Prophet (s.a.w.s.) but abandons his Sunnah? How can the one who follows his desires, surrenders to his forgetfulness and follows every rebellious devil attain the much sought after happiness? A man who basis for pleasure and anger is this worldly life that blinds him and renders him deaf; a man whose heart is dead and does not feel hurt by sins and ignorance of the truth. Allâh (S.W.T.) says,