Dear brothers and sisters:
Allah has created men and women as company for one another, and so that they can procreate and live in peace and tranquillity according to the commandments of Allah and the directions of His Messenger. The Quran says: ‘And among His signs is this, that He created for you mates from among yourselves, that you may dwell in tranquillity with them, and He has put love and mercy between your hearts.’ [30:21]


It also says, ‘And Allah has made for you your mates of your own nature, and made for you, out of them, sons and daughters and grandchildren, and provided for you sustenance of the best.’ [16:72]
The consent of both the man and the women is an essential element of marriage and the first conditions of a valid marriage, and the Qur’an gives women a substantial role in choosing their own life partners. It lays down: ‘Do not prevent them from marrying their husbands when they agree between themselves in a lawful manner.’ [2:232]

We often hear reports and stories about forced marriage in the Muslim community. Forced marriages may seem to belong in the past, but are actually still a reality in European societies. Young people, both male and female, are being forced to marry someone their parents or family have chosen for them and are not being given the chance to refuse.

The contract of marriage is one of the most important contracts in Islam, because it contains the duties and responsibilities of both sides. This contract is mainly based on free choice and full agreement between the spouses. The first condition of the validity of this contract is full consent of both partners to the marriage, expressing the above consent through ijab [offer] and qabul [acceptance]. 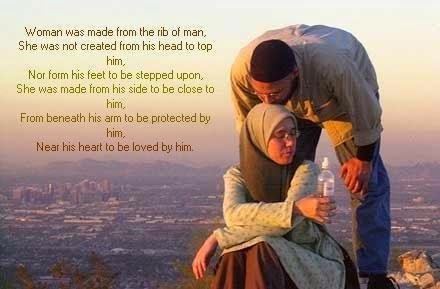 Forced marriage is unfortunately practiced amongst different ethnic, cultural and religious groups, including Muslims. It is often thought that forced marriage is a part of Islam. However, Islam actually forbids forced marriages. A marriage is only valid according to Islam when both the man and woman enter into it of their own free will.

Parents have no power to compel them to do otherwise. The role of parents is to give advice and guide them but the final choice is left up to the son or daughter, for marital life cannot be based on compulsion, which contradicts the mercy, tranquillity, and cordiality between couples that the Qur’an emphasises.

So, forced marriage may be defined as a marriage without consent the boy or the girl. It arises primarily as a result of a clash of interests and cultures between parents, born and brought up in the Indian Sub-continent, and British born children.

For parents, living as a minority community in Britain, away from their homeland, can often make finding suitable marriage partners for their children a stressful process. Also due to promises made to family, children can often find themselves being used by their parents as ‘pawns’ to marry their children to nieces and nephews ‘back home’. 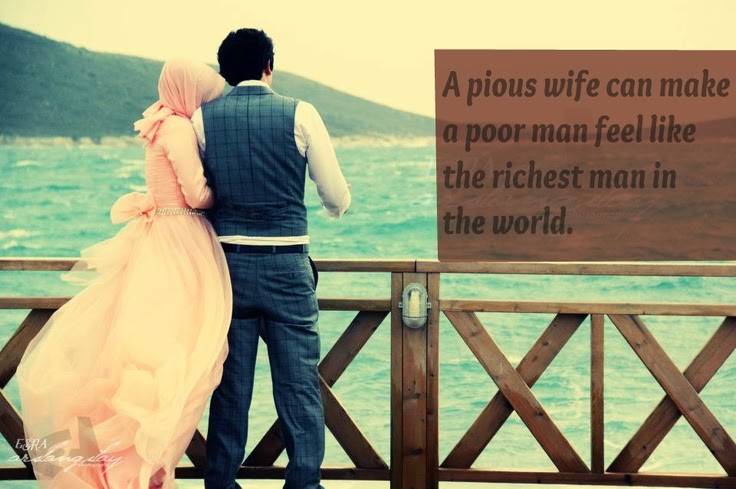 Many texts from Prophet Muhammad’s traditions demand that we respect the choice of a woman and denounce any kind of compulsion or injustice towards her. These texts are dated from a period when Arabs, before the advent of Islam, would treat women unjustly, deny them their rights, humiliate them and abuse them.

It was also narrated that, ‘A man forced his daughter to get married, so she came to the Messenger of God [pbuh] and said something like, ‘My father has married me to someone against my will, while I was already engaged to my cousin.’ So he [pbuh] said to her, ‘This marriage is not valid. Get married to the one you wish.’ [Narrated by Abu Dawud]

Khansa’ daughter of Khuzam said, ‘My father forced me to marry when I was a virgin. So I complained to the Messenger of God [pbuh] who told him, ‘Do not force her to get married.’ [al-Bukhari] Buraydah narrated that once a woman came to the Prophet [pbuh] and said: ‘O Messenger of Allah, my father married me to my cousin in order to raise his social standing, but I do not want to be married to him.’ The Prophet [pbuh] gave her the option of annulment. At this point, she said: ‘I have already reconciled myself to my father’s decision, but I wanted it to be known that women have a say in the matter.’ [An-Nasa’i and Ibn Majah]

Dear brothers and sisters:
As Islam gives woman the right to choose her husband, it also gives them the right to stay with him or to end the marriage if reconciliation between the two becomes impossible. In this sense, divorce has been legislated in the interest of both women and men without distinction.

Amongst the common misconceptions about Islam and its family system, is that the man is the only one who has the right to end the marital relation, while the woman has no such right. This is completely incorrect as in Prophet Muhammad statement to wife of Qays Ibn Thabit when she wanted to end marriage with Qays.

The Shari’ah gives women the right to end the marriage through a number of ways. For example, she has the right to obtain a judicial dissolution on the grounds of physical or emotional harm. In this case, she is also entitled to all of her rights. She also has the right to make Khul’ [a divorce in which the wife pays compensation] but in this case she has to give up all her rights.

Dear brothers and sisters:
Islam gave great importance to the approval of the woman's guardian in a manner which reflects the significance of the marriage contract. Islam’s insistence on the guardian's involvement in the selection process is to ensure that the woman exercises her choice correctly. The responsibility of a guardian in marriage is to help, guide, and advise a female in selecting her husband. 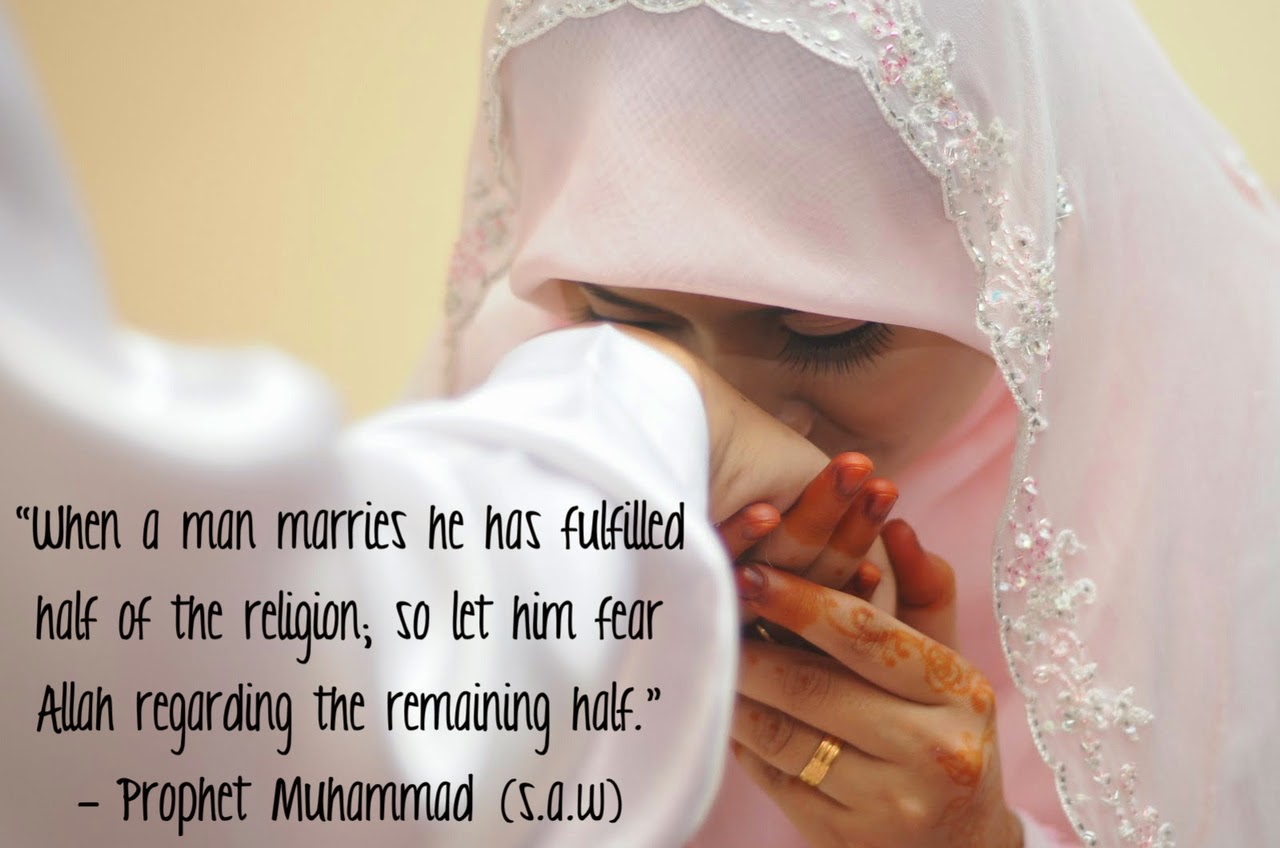 Regarding the issue of a Wali, all the scholars agree that a Wali [guardian] is required in marriage, but they disagree on whether it is a condition for the validity of marriage or not. The majority of scholars declare that the wali is a requirement for the validity of a marriage, and any marriage conducted without him is void. Their proof is based on the following hadiths: ‘There is no marriage except with a guardian or where the female has no guardian, a Muslim leader [judge or Imam or authority figure] is the guardian for her.’ [Abu Dawud]

However, Imam Abu Hanifah is of the view that a mature woman is fully capable of contracting her own marriage. Thus in his view, marriages finalized without guardian’s consent shall be considered as valid so long the woman has chosen someone who is considered as compatible. His proof is based on the Qur’anic verse, ‘And when they reach the term [prescribed for them] then there is no sin for you in aught that they may do with themselves in decency. [2:234]

Dear brothers and sisters:
the relationship between parents and children is based on respect, trust, love and mercy. Parents should respect the decision of their children, boys or girls. They should not misuse the issue of guardianship to force their children to marry against their own free will. They should encourage their children to marry who they want as long as the fiancé is qualified morally and religiously. They should always remember the hadith of Prophet Muhammad, ‘If someone with whose piety and character you are satisfied comes to you, then marry him. If you do not do so, there will be disorder in the earth and a great deal of evil.’ [At-Tirmidhi]

However, sometimes we hear that girls and boys get marry themselves without telling parents. This is surely disrespect to parents. Sons and girls should respect their parent’s advice and guidance. They should not ignore their parents.

Finally, we ask Allah to guide us all.