Ramadan Is the Month of Charity and Generosity

Ramadan is the month of generosity, giving charity and benevolence. It is the month of solidarity, kindness and mercy. The Prophet [pbuh] was the most generous person in Ramadan. Ibn ‘Abbas narrated that the Messenger of Allah [pbuh] was the most generous person, and he would be at his most generous in Ramadan because Jibril would come to him every night and he would rehearse the Qur'an with him; he did so twice in the year of his death..’ [al-Bukhari]

The best charity, the best Zakah, the best Sadaqah to be given is in Ramadan. Feeding the poor and needy of fasting people is highly recommended in Ramadan. The Prophet [pbuh] said, ‘Whoever feeds a fasting person, will get a reward like him.’ [Ahmad] He also said, ‘Protect yourself from the fire even by giving half of a date.’ [Agreed upon]

Dear brothers and sisters:
The word Zakah is derived from Zaka, which means to grow or increase. The second meaning of this word carries the sense of purification. Allah says in the Qur’an: ‘Take [O Muhammad], from their wealth a charity(Zakah) by which you purify them and cause them increase, and make [Allah’s blessing] upon them. [Al-Tawbah 9:103] This means that Zakah purifies the person who pays it from miserliness, which constitutes a form of self–upgrading. It also increases in his/her wealth. In the Qur’an there are many words used for charity: Zakah [obligatory charity], sadaqah [charity], khairat [good deeds], ihsan [kindness and consideration. Technically Zakah is defined as a determined portion taken from wealth and allocated to those who deserve it, according to a Qur'anic injunction.’ The Wisdom of Zakah: Zakah is indispensable for the Muslim community as it achieves reform, both financially and spiritually. It eliminates misery and greed from the hearts and consolidates the Islamic economy, leading to its stability and prosperity.

The following are some of the many benefits mentioned in the Hadiths for the one who pays Zakah:
1. Pleasure of Allah;
2. Increase in wealth;
3. Protection from loss;
4. Forgiveness and blessings from Allah;
5. Safety from calamities;
6. Protection from the wrath of Allah and from a bad death;
7. Shelter on the Day of Judgment;
8. Security from seventy misfortunes;
9. Shield from the fire of Jahannam (Hellfire);
10. Safety from grief. 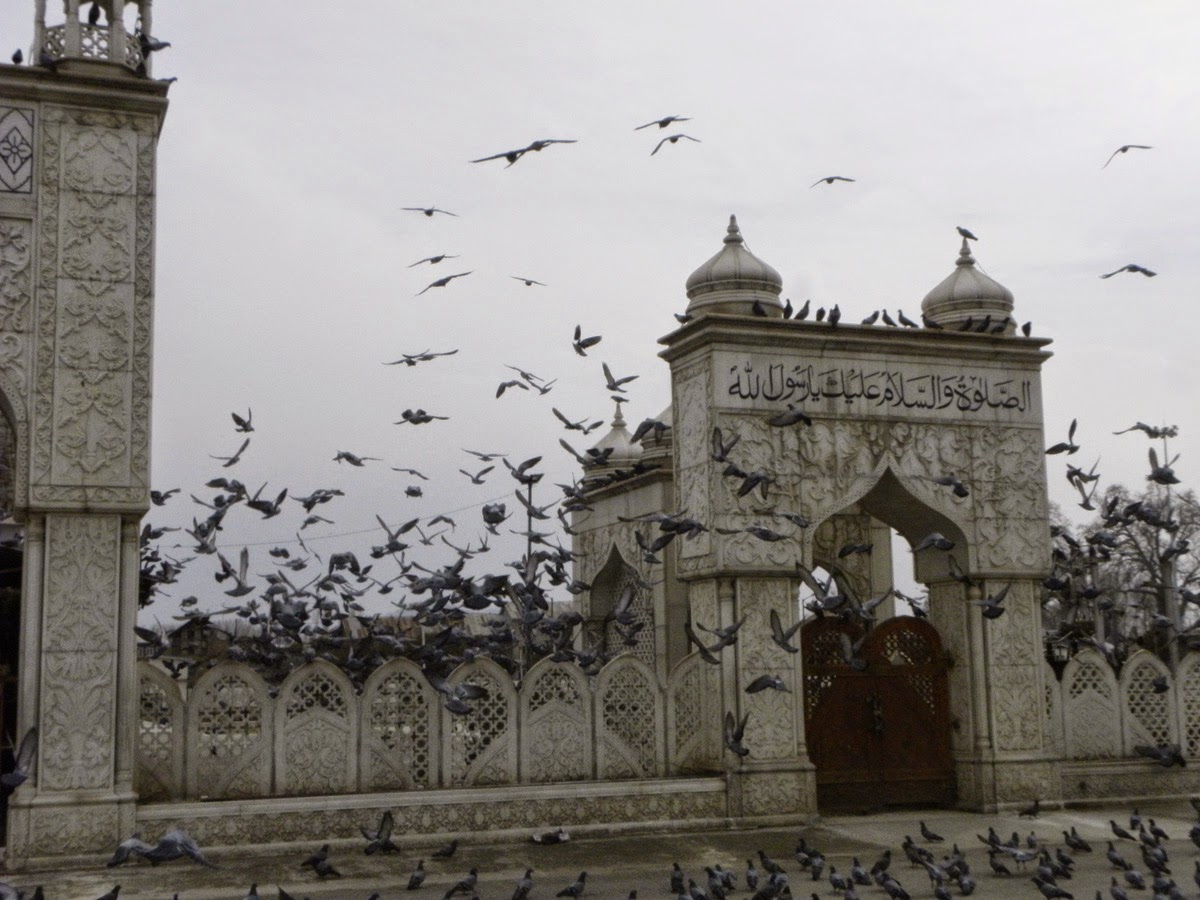 Many verses of the Qur’an show us how important it is to give charity, to be kind and generous to the poor and needy. There is a strong relationship between Ramadan and giving charity. Allah has given us many things. His blessings and favours are countless. We should be thankful to Him all the time. We should also show our gratitude by doing good to others, by helping the poor and by spending in His cause. Poor and needy people are in increase in the world and they are waiting for your generosity and charity. Muslims in Somalia for example are suffering from famine and severe poverty, and are waiting for Zakah and sadaqah.

Dear brothers and sisters:
What is the difference between Zakah, Zakat al-Fitr or Sadaqat al-Fitr, and Sadaqat
al-Taataw’ [optional charity]. Some people are confused about these types of Zakatul-Mal [poor-dues], zakatul- Fitr or Sadaqatu-Fitr and optional sadaqah. There are some Muslims who do not pay Zakatul-Mal and there are some who give whatever they feel like giving, without observing the rules of Zakah. Muslims must learn the rules of Zakah, just as they learn the rules of Salah.

Briefly the rules are as follows:
The first kind is Zakatul-Mal [poor-dues] is one of the five pillars of Islam and it is obligatory like Salah. It is obligatory on those who have the nisab [i.e. the minimum wealth owned for one year]. It is about 85 grams of gold or its value in cash which is nowadays around £ 3000 or 595 grams of silver or its cash value. Muslims should calculate all their wealth carefully. After deducting their personal and family expenses whatever is left they must give Zakah on it. The amount of Zakah due on cash, gold and silver is a minimum of 2.5%.

Zakah is for the
1. Poor,
2. Needy,
3. Those who administer the Zakah,
4. Those whose hearts are reconciled for Islam [new Muslims etc.],
5. To free the slaves,
6. Those unable to pay their debts,
7. Travellers rendered helpless,
8. In the Way of Allah.
These categories are mentioned in the Qur’an in Surah At-Tawbah verse number 60.
Zakah is not allowed to their own parents, spouse, children or dependants.

Compulsory Zakah is only to help Muslims. It cannot be used to help non-Muslims, however, they can be helped from sadaqat and other charities. 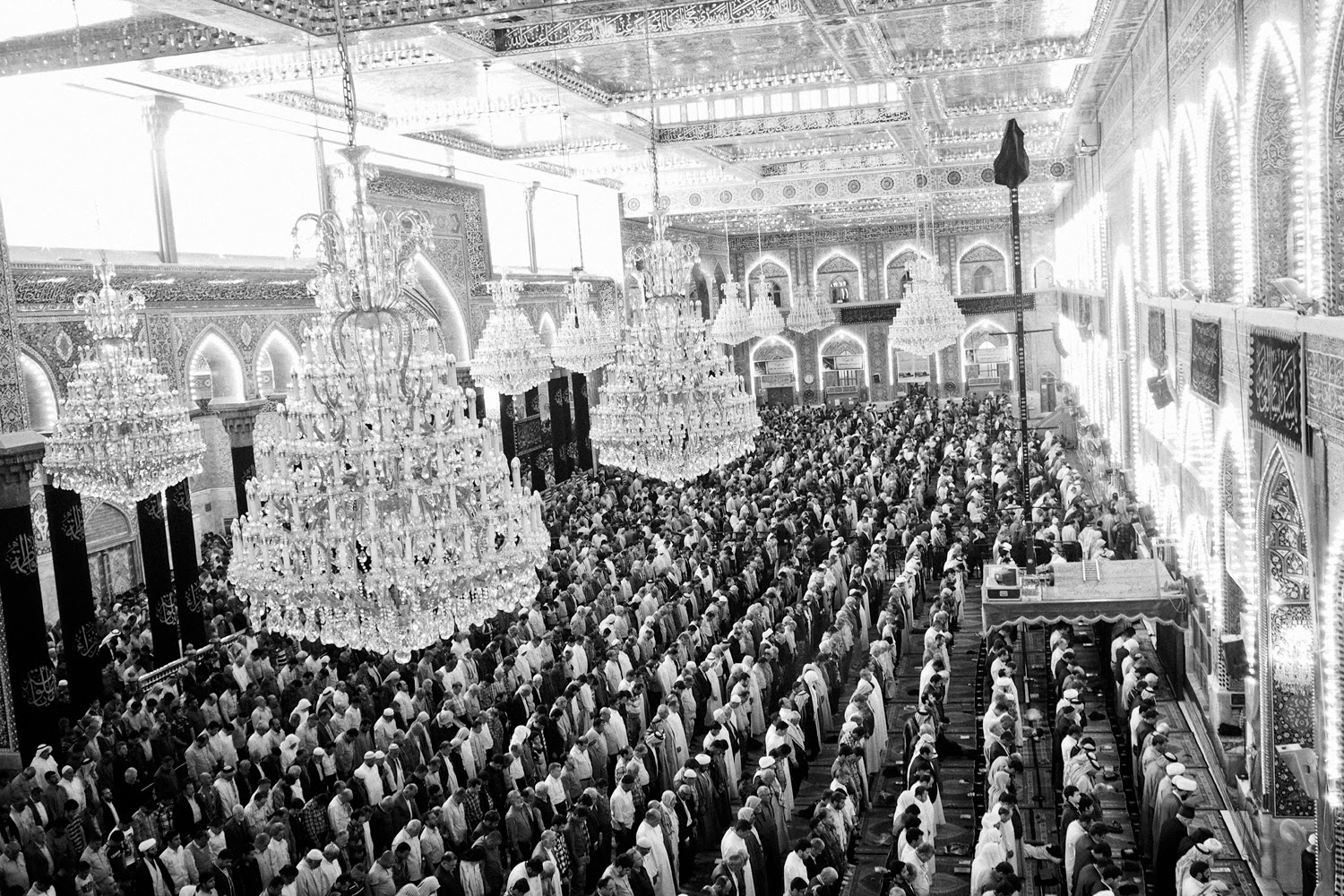 Conditions of Zakah are: to be a Muslim; to have intention; to have wealth to the value of Nisaab, i.e. the minimum of one’s holdings Subject to Zakah; to exceed what is required for expenses, i.e. one’s own basic needs such as food, clothing, house and necessary tools of one’s job; and to be in full possession. So Wealth / Money liable to Zakah should:
· Be of a productive nature from which one can derive profit.
· Constitute a Nisaab.
· Be possessed in full.
· Be over and above one’s basic needs.
· Be free from due debts (i.e. that are to be paid at once.)
· Be in one’s possession as surplus wealth for a complete Hawl, i.e. the period of one lunar year.
· Be Halal, i.e. earned lawfully.

How to pay your Zakah:
1. To fix a date during the lunar year;

2. Determine value of zakatable assets or calculate all the wealth you have;

3. deduct money owned to others and all other expenses you need to pay;

The second kind of Zakah is Sadaqatul Fitr or Zakahul Fitr: This is a special charity for the month of
Ramadan only. All those who are supposed to give Zakah must give sadaqatul Fitr in Ramadan for themselves as well as on behalf of their dependants. This charity should be given during Ramadan or before the ‘Idul Fitr prayer. Zakatul-Fitr is incumbent on every free Muslim who possesses basic food for himself or his family for the duration of one day and night. Every Muslim must pay Zakatul-Fitr for himself, his wife, children, and other dependants if any. The amount of Zakat-ul-Fitr was fixed by the Prophet [pbuh] as a Sa‘ [measure] of wheat, flour, barley, dates or raisins. Some jurists also allow paying cash to the poor and needy which is approximately five pounds in cash. Ibn ‘Umar said, ‘The Prophet [pbuh] enjoined the payment of one Sa’ of dates or one Sa’ of barley as Zakatul-Fitr on every Muslim, young and old, male and female, free and slave.’ [Al-Bukhari and Muslim.]

Two reasons are mentioned by the Prophet [pbuh] for this obligatory charity: This charity helps the poor and needy and takes care of their needs at the time of ‘Eid; This charity is meant to expiate [Kaffarah] for any mistakes or wrongdoings a person may have done during this blessed month.
Ibn ‘Abbas said: The Prophet [pbuh] enjoined Zakat-ul-Fitr so that those who fast are purified of their sins and the poor and needy people are able to arrange for their basic needs of food, clothing etc. Therefore, the Sadaqah [charity] of the person who gives before the ‘Eid prayer is the real Sadaqah, but if someone delays and gives it afterwards, his charity will be of the ordinary kind. [Abu Dawud and Ibn Majah].

The time for Zakatul-Mal to be paid is any day of the year, while Zakatul-Fir is only in Ramadan and before ‘Eid.

The third kind is optional charity which can be paid at any time to any poor person, including non-Muslims. A Muslim will be rewarded if he gives this type of charity but will not be blamed if he does not.

Finally, I ask Allah to guide us all.