Home » News » U.S. Senators Held A Hearing About Religious Hate Crimes, And Not One Muslim Was Included

U.S. Senators Held A Hearing About Religious Hate Crimes, And Not One Muslim Was Included 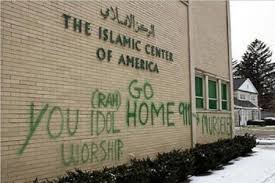 We can’t tackle Islamophobia without Muslims.


The Senate Judiciary Committee held a hearing on Tuesday to address the rise in hate crimes against minorities, but they left out a critical group.

There was no Muslim on the panel, titled “Responses to the Increase in Religious Hate Crimes,” to address the rise in Islamophobia against the Muslim community.

The panel included Jonathan Greenblatt, the CEO and national director of the Anti-Defamation League, to discuss increasing anti-Semitism, and Dr. Prabhjot Singh, a medical doctor, to describe the rise of hate and violence against the Sikh community. Other panelists included Vanita Gupta, the incoming president and CEO of the Leadership Conference For Civil And Human Rights, and Will D. Johnson, the chief of police of Arlington, Texas.

Although the panelists did touch upon the rise of hate against Muslims, the panel lacked any Muslim leader or Muslim organization.

The Muslim Public Affairs Council, a public service agency working for the civil rights of American Muslims, submitted written testimony to be read by Sen. Dianne Feinstein (D-Calif.), but expressed disappointment “that no Muslim was invited to speak, despite the clear data of anti-Muslim hate crimes.”

In a written statement, MPAC applauded the inclusion of the other panelists before adding, “Nevertheless, we must express profound disappointment in the lack of direct inclusion of Muslim-American voices on this panel.”

“MPAC regularly partners with communities of different faiths or identities, but who often face the same challenges of xenophobia and bigotry. We are always grateful for the opportunity to learn from one another and only grow stronger by joining together. It is our hope that this committee, and all members, will carry on that same spirit of inclusion in future hearings and individual meetings,” the organization wrote.

Anti-Muslim rhetoric has skyrocketed over the last year. HuffPost has partnered with ProPublica and other news outlets to create a database of reported hate and bias incidents.

The FBI documented a 67 percent increase in anti-Muslim hate crimes in 2015. HuffPost tracked almost 400 instances of anti-Muslim rhetoric and Islamophobic acts across the country in 2016. These included vandalism, hate speech, Islamophobic policies and many acts of physical aggression.

The office of Sen. Chuck Grassly (R-Iowa.) did not immediately respond to HuffPost’s request for comment about why no Muslims were part of the panel.

America does not do a good job of tracking incidents of hate and bias. We need your help to create a database of such incidents, so we all know what’s going on. Tell us your story.