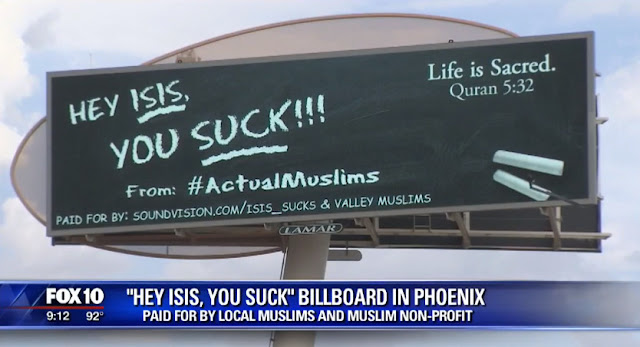 The #ActualMuslims billboard campaign, conceived by a group of young Chicago Muslim professionals, has so far been field tested in Chicago and Phoenix. And it had a strong positive effect on American Muslim public relations and engagement!
Achievements of #ActualMuslims Campaign so far: 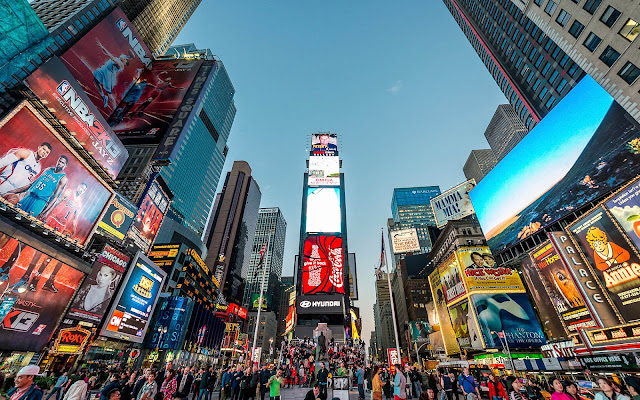 Let America and Media Know What #ActualMuslims Stand for! Sponsor the first 15 Days

While almost all American Muslim organizations have condemned terrorism, we still hear the question “Why don’t Muslims condemn ISIS?"

Remember, bad news has turned our neighbors against us. Only 17% Americans say they have a positive opinion of Muslims now. It hits where it hurts the most:
our children are being bullied at school;
and 18-28 year old Muslims are the least employed.
To make American Muslim voice louder than ISIS, Sound Vision has launched an Anti-ISIS campaign, which involves placing "Hey ISIS, You Suck!" billboards in high-traffic locations across the country.