Home » Lecture » Text » What is a Madhab? Why is it necessary to follow one?

What is a Madhab? Why is it necessary to follow one? 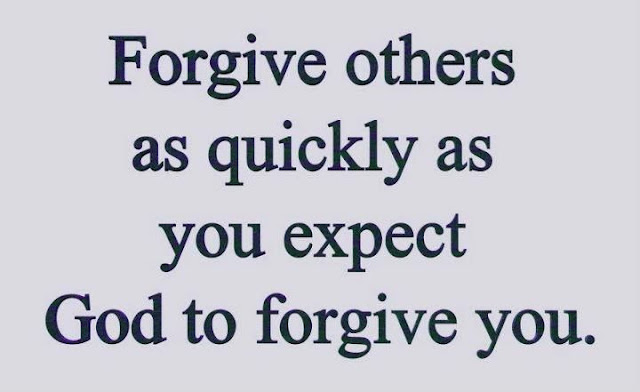 The word madhhab is derived from an Arabic word meaning "to go" or "to take as a way", and refers to a mujtahid's choice in regard to a number of interpretive possibilities in deriving the rule of Allah from the primary texts of the Qur'an and hadith on a particular question. In a larger sense, a madhhab represents the entire school of thought of a particular mujtahid Imam, such as Abu Hanifa, Malik, Shafi'i, or Ahmad--together with many first-rank scholars that came after each of these in their respective schools, who checked their evidences and refined and upgraded their work.

The mujtahid Imams were thus explainers, who operationalized the Qur'an and sunna in the specific shari'a rulings in our lives that are collectively known as fiqh or "jurisprudence". In relation to our din or "religion", this fiqh is only part of it, for the religious knowledge each of us possesses is of three types. The first type is the general knowledge of tenets of Islamic belief in the oneness of Allah, in His angels, Books, messengers, the prophethood of Muhammad (Allah bless him and give him peace), and so on. All of us may derive this knowledge directly from the Qur'an and hadith, as is also the case with a second type of knowledge, that of general Islamic ethical principles to do good, avoid evil, cooperate with others in good works, and so forth. Every Muslim can take these general principles, which form the largest and most important part of his religion, from the Qur'an and hadith.

The third type of knowledge is that of the specific understanding of particular divine commands and prohibitions that make up the shari'a. Here, because of both the nature and the sheer number of the Qur'an and hadith texts involved, people differ in the scholarly capacity to understand and deduce rulings from them. But all of us have been commanded to live them in our lives, in obedience to Allah, and so Muslims are of two types, those who can do this by themselves, and they are the mujtahid Imams; and those who must do so by means of another, that is, by following a mujtahid Imam, in accordance with Allah's word in Surat al-Nahl,
" Ask those who recall, if you know not " (Qur'an 16:43), and in Surat al-Nisa, " If they had referred it to the Messenger and to those of authority among them, then those of them whose task it is to find it out would have known the matter " (Qur'an 4:83), in which the phrase those of them whose task it is to find it out, expresses the words "alladhina yastanbitunahu minhum", referring to those possessing the capacity to draw inferences directly from the evidence, which is called in Arabic istinbat.

These and other verses and hadiths oblige the believer who is not at the level of istinbat or directly deriving rulings from the Qur'an and hadith to ask and follow someone in such rulings who is at this level. It is not difficult to see why Allah has obliged us to ask experts, for if each of us were personally responsible for evaluating all the primary texts relating to each question, a lifetime of study would hardly be enough for it, and one would either have to give up earning a living or give up ones din, which is why Allah says in surat al-Tawba, in the context of jihad:
" Not all of the believers should go to fight. Of every section of them, why does not one part alone go forth, that the rest may gain knowledge of the religion and admonish their people when they return, that perhaps they may take warning " (Qur'an 9:122).

The point is that the Prophet (Allah bless him and give him peace) is no longer alive to personally teach us, and everything we have from him, whether the hadith or the Qur'an, has been conveyed to us through Islamic scholars. So it is not a question of whether or not to take our din from scholars, but rather, from which scholars.

And this is the reason we have madhhabs in Islam: because the excellence and superiority of the scholarship of the mujtahid Imams--together with the traditional scholars who followed in each of their schools and evaluated and upgraded their work after them--have met the test of scholarly investigation and won the confidence of thinking and practicing Muslims for all the centuries of Islamic greatness.

The reason why madhhabs exist, the benefit of them, past, present, and future, is that they furnish thousands of sound, knowledge-based answers to Muslims questions on how to obey Allah. Muslims have realized that to follow a madhhab means to follow a super scholar who not only had a comprehensive knowledge of the Qur'an and hadith texts relating to each issue he gave judgements on, but also lived in an age a millennium closer to the Prophet (Allah bless him and give him peace) and his Companions, when taqwa or "godfearingness" was the norm--both of which conditions are in striking contrast to the scholarship available today.

While the call for a return to the Qur'an and sunna is an attractive slogan, in reality it is a great leap backward, a call to abandon centuries of detailed, case-by-case Islamic scholarship in finding and spelling out the commands of the Qur'an and sunna, a highly sophisticated, interdisciplinary effort by mujtahids, hadith specialists, Qur'anic exegetes, lexicographers, and other masters of the Islamic legal sciences. To abandon the fruits of this research, the Islamic shari'a, for the following of contemporary sheikhs who, despite the claims, are not at the level of their predecessors, is a replacement of something tried and proven for something at best tentative.

The rhetoric of following the shari'a without following a particular madhhab is like a person going down to a car dealer to buy a car, but insisting it not be any known make--neither a Volkswagen nor Rolls-Royce nor Chevrolet--but rather "a car, pure and simple". Such a person does not really know what he wants; the cars on the lot do not come like that, but only in kinds. The salesman may be forgiven a slight smile, and can only point out that sophisticated products come from sophisticated means of production, from factories with a division of labor among those who test, produce, and assemble the many parts of the finished product.

It is the nature of such collective human efforts to produce something far better than any of us alone could produce from scratch, even if given a forge and tools, and fifty years, or even a thousand. And so it is with the shari'a, which is more complex than any car because it deals with the universe of human actions and a wide interpretative range of sacred texts. This is why discarding the monumental scholarship of the madhhabs in operationalizing the Qur'an and sunna in order to adopt the understanding of a contemporary sheikh is not just a mistaken opinion. It is scrapping a Mercedes for a go-cart.