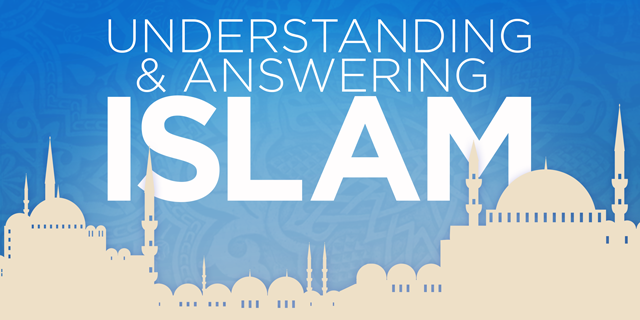 In an interview to coincide with the release of his new book Radical, Chalke explained how he had come to the conclusion "Muslims and Christians worship the same God".

Within Christianity there are vastly different interpretations of God, Chalke said, citing issues such as human sexuality, women bishops and speaking in tongues on which he disagrees with some other Christians.

"As individuals we all worship different shades of the same God," he told Christian Today.

He added: "I don't separate from them even though they have a very different take on God's character from me."

He cited the theologian Miroslav Volf, who took a similar line in his book Allah: A Christian Response.

Chalke went on to describe certain elements of Islamic belief such as the theology of ummah or community, which he found "very attractive".

"I know some emphases in Islamic teaching come closer to the teaching of Christ and the Bible than some teaching in Western churches," he said.

He made it clear he did not believe Christianity and Islam were the same but said they worship different interpretations of one God, or Allah (the Arabic term for God).

"Ultimately the full interpretation of who Allah/God is can be seen through Jesus," he told Christian Today.

"Islam and Christianity are two very different faiths and there are huge differences between the two."

But Chalke insisted there was significant common ground that must be explored.

"If we say Islam is an evil religion and they worship a different God and Christianity is the only way to heaven then we are heading for World War Three," he said.

He said "tabloid" representations of Islam were permeating the Church.

"If we went into a pub tonight and asked people what Christians believe they would say six-day creationists, anti-gay, anti-abortion, boring, if you die before you're baptised you will go to hell. The tabloid media have led people to misunderstand Christianity and pastors now have to spend half their time de-mythologising Christianity.

"What we don't realise is the media are selling us the same lie about Muslims," he said. He added: "The problem is we don't know any Muslims. Everyone is scared of Muslims except the one who sits next to them at work".

Chalke's new book explores how people are radicalised and defends Islam, arguing "negative radicalisation is not an Islamic problem but a human one". He calls for a different approach where young people are given a story "as radical as that of the extremists' story".

"The answer to radicalisation is radicalisation," Chalke said, explaining he wanted to "radicalise every young person" with a positive story of "belonging, identity, self-worth, and purpose".