The Relationship Between Muslims and Non-Muslims 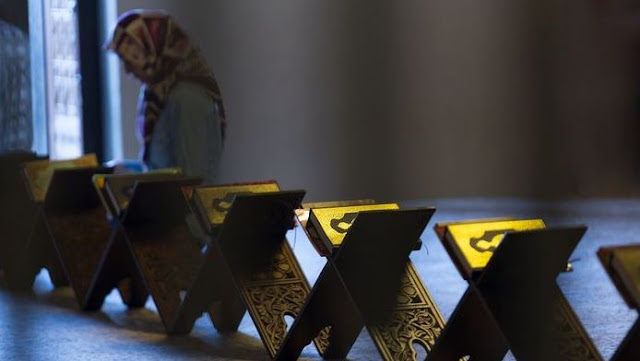 Today, our topic is about one of the most important Islamic topics because it answers many questions we often raise. This is a practical topic because we interact with Non-Muslims on a daily basis. We should understand the nature of the Muslim/Non-Muslim relationship, and its goals and guidelines.

We touched upon this topic many times in the past. But today, we will talk about it again because of its importance. When we understand it clearly, it will affect our behavior and presence in this country, and it will guide our relationship with Non-Muslims.

We must first ask ourselves, what is the Islamic goal behind our relationship with Non-Muslims?

It is, “To convey the message of Islam to all people, to deliver it freely, to insure the freedom of religious beliefs, and to establish justice on earth within the system of Islam.”

This goal is a divine obligation prescribed by Allah (S.W.T) upon us. He (S.W.T.) holds this Ummah responsible and accountable for establishing these goals. Allah (S.W.T) said in surat Al-Baqarah, what can be translated as, "Thus We have made you (Muslims), a just (and the best) nation, that you be witnesses over mankind, and the Messenger (Muhammad) be a witness over you…”(Verse 143)

Allah (S.W.T.) also honored this Ummah when He made it the best Ummah to rise to perform this obligation. Allah (S.W.T) said in surat Al-Imran, what can be translated as, "You (Muslims) are the best of peoples ever raised up for mankind, you enjoining what is good (Al-Ma'roof) and forbidding what is evil (Al-Munkar), and you believe in Allah…”(Verse 110)

The life of the prophet Muhammad (S.A.W.) and the lives of his companions are full of great examples that promote good relationships with Non-Muslims. Islamic history is full of evidence that shows that Muslims have maintained good relations with Non-Muslims for many centuries. Because these Muslims dealt with others in good manners, they were able to conquer nations and lands. Muslims did not overcome these nations with the strength of weapons and large armies. Some lands were conquered without a single soldier—in fact, they were conquered by Muslim merchants who carried goods and good manners. These manners opened the minds and hearts of the people who came into Islam by the masses. Because of the good manners of these merchants, today we witness the largest Muslim populations in Indonesia and Malaysia.

Allah (S.W.T) said in surat Al-Mumtahinah, what can be translated as, "Allah does not forbid you (Muslims) to deal justly and kindly with those who have not fought against you in accounts of your religion and who do not drive you out from your homes. Verily, Allah loves those who deal with equity.” (Verse 8)

This verse was revealed after the story of Asma’ and her mother. Imams Bukhari, Muslim and Ahmad reported that Asma’ the daughter of Abu Bakr (R.A.) said: “My mother came to me while she was still a polytheist, so I asked Allah’s Messenger (S.A.W.), “My mother, who is ill-disposed to Islam, has come to visit me. She wants something from me. Shall I maintain relations with her?” He (S.A.W.) replied, “Yes, maintain relations with your mother.”

After Imam At-Tabari mentioned various opinions for the explanations of this verse, his final conclusion was that: “The most correct opinion in understanding this verse is that Muslims should be just, fair, and have the best relationship with all Non-Muslims who ‘do not fight against us on account of our religion and do not drive us out of our homes.’ This includes people of all faiths and sects and the support of this correct opinion came from the story of Asma’ with her mother.”

Sayyid Qutb also attempts to explain this verse, saying that:

“Islam is a Deen of peace and a conviction of love. It is a system that has compassion to all people. It gathers all people (Muslim and Non-Muslim) under the banner of Allah like brethren in accord and love. There is no obstacle that prevents this from happening except an aggression from its enemies against it and its people. If those enemies show peace, Islam does not want animosity or to start it. Even when the enemies still show animosity, Islam always looks for ways to bring the relationship to normalcy through great conduct and justice.”

He continues: “Islam allows Muslims to seek accord and love with Non-Muslims who did not fight them for their religion and expel them from their lands.”

He continues: “Islam makes peace as the normal relationship between Muslims and Non-Muslims. This relationship is not distracted except with an aggression that must be dealt with, a breaching of truce, an obstacle in the face of delivering the message of Islam, shackling the freedom of religion. Other than that, the relationship is a relationship of peace, love, justice for all people.” {In the Shade of Al-Qur’an, 6:3544.}

From all that we have just heard, we should understand that the normal relationship between Muslims and Non-Muslims should be based on the best morality and justice, except with the exceptions mentioned. If we fail to establish this relationship, then we are committing aggression and injustice, and Allah (S.W.T.) does not love transgressors and unjust people.

There are many things that we can do to establish tolerance, compassion, and justice in relationships with Non-Muslims. Some of these things are:
{See the book Fiqh of Muslim Minorities. By Khalid AbdulQader, from pages 574 to 591}
We must also pay attention to the following when we deal with Non-Muslims:
Lastly, bear in mind that everything I mentioned here is based on evidence from the Qur’an or the Sunnah of the prophet Muhammad (S.A.W.). If we keep these things in mind in our relations with Non-Muslims then we reflect a brighter picture of Islam and Muslims. This is the key to giving successful dawah.

Friday speech delivered by Imam Mohamed Baianonie at the Islamic Center of Raleigh, NC on March 29, 2002