Home » Education » News » Did you know .. First Islamic college in the USA was established in March 2015

Did you know .. First Islamic college in the USA was established in March 2015 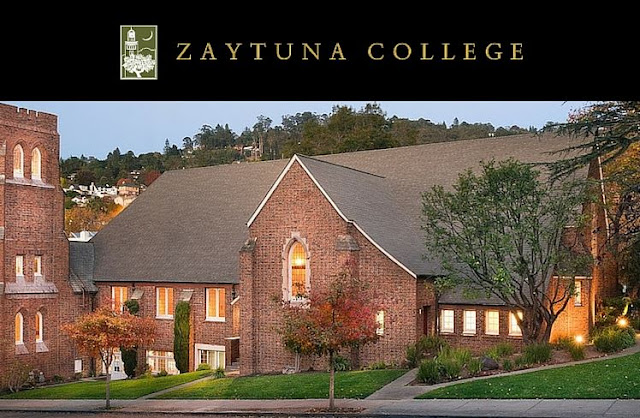 In March 2015, Zaytuna College (https://www.zaytuna.edu), a liberal-arts school based in Berkeley, California USA, announced that it was formally accredited by the Western Association of Schools and Colleges (WASC), one of the six official academic bodies responsible for the authorizing public and private colleges and universities in the United States.

This is the first Islamic college in the USA.

“Today, Zaytuna’s accreditation roots this vision in a reality recognized within American higher education,” Hamza Yusuf, president of the college, said in a statement celebrating the announcement.
The statement also added, “[Accreditation] helps ensure that Zaytuna successfully fulfills the objectives outlined in its curriculum, which grounds its students in both the Islamic and Western scholarly traditions.”

According to the school’s website, Zaytuna was founded in 1996 as an institute and briefly operated as an Islamic seminary before dedicating itself to becoming a Muslim liberal arts college in 2009. It welcomed its first freshman class in 2010, and conferred its first undergraduate degrees in 2014. It has a student body of around 30 students, and offers a B.A. in Islamic Law and Theology and courses in politics, astronomy, and American history, among others. In a video chronicling the school’s pursuit of accreditation, Colleen Keyes, vice president of academic affairs, explained that the school’s goal is “to prepare and educate students, who are morally committed spiritual, intellectual, and professional leaders who are grounded in the Islamic tradition and conversant with … modern society.”

Religiously-affiliated colleges are plentiful in the United States, but the vast majority are Christian, such as Liberty University, the University of Notre Dame, Kenyon College, or Boston College. There are a few Jewish higher education institutions such as Brandeis and Yeshiva University, and even some Buddhist schools, but there were no accredited American Muslim colleges until Zaytuna was recognized by WASC on Sunday. The school says it does not discriminate in admissions on the basis “of age, race, sex, religion, or national/ethnic origin in the admission of applicants.”

In its letter granting Zaytuna accreditation, WASC lauded the school for its “rigorous and high-quality learning experience, one that… can be viewed as an exemplar in the liberal arts tradition.”
Zaytuna was co-founded by Hatem Bazian, who doubles as a senior lecturer at UC Berkeley, as well as Hamza Yusuf and Zaid Shakir, both prominent American converts to Islam. Yusuf, an influential Muslim scholar who was granted the title of Sheik at 28 in Mauritania, in West Africa, has been called “the most influential Islamic scholar in the Western world.” Similarly, Shakir who earned degrees from American University and Rutgers before pursing Islamic studies in Syria, was lifted up by Jewish magazine Tikkun as “one of the most thoughtful and dynamic teachers about the true nature of Islam in America today.”

All three men have been the subjects of minor controversy in decades past, but have become passionate defenders of moderate Islam in recent years, with Yusuf and Shakir often traveling together to give talks to Muslim students across America denouncing extremism. According to a 2006 New York Times profile of Yusuf and Shakir, they reportedly see Islam not as a monolithic entity, but a tradition that “is open to a diversity of interpretations honed by centuries of scholars.” The Times also reported that Yusuf hosted a popular TV reality show in the mid-2000s in which he bussed groups of Arabs across the United States to break down Arab stereotypes about Americans, introducing the travelers to people such as antiwar protesters demonstrating outside the Republican National Convention.

Administrators say that while being the first accredited Muslim school is an honor, they hope their success leads to greater acceptance of their style of Islamic education — and Muslims at large.
“[Accreditation] gives our community its first accredited academic address in the United States,” Yusuf said. “And we hope, God willing, that there will be more such Muslim colleges and universities to come.”