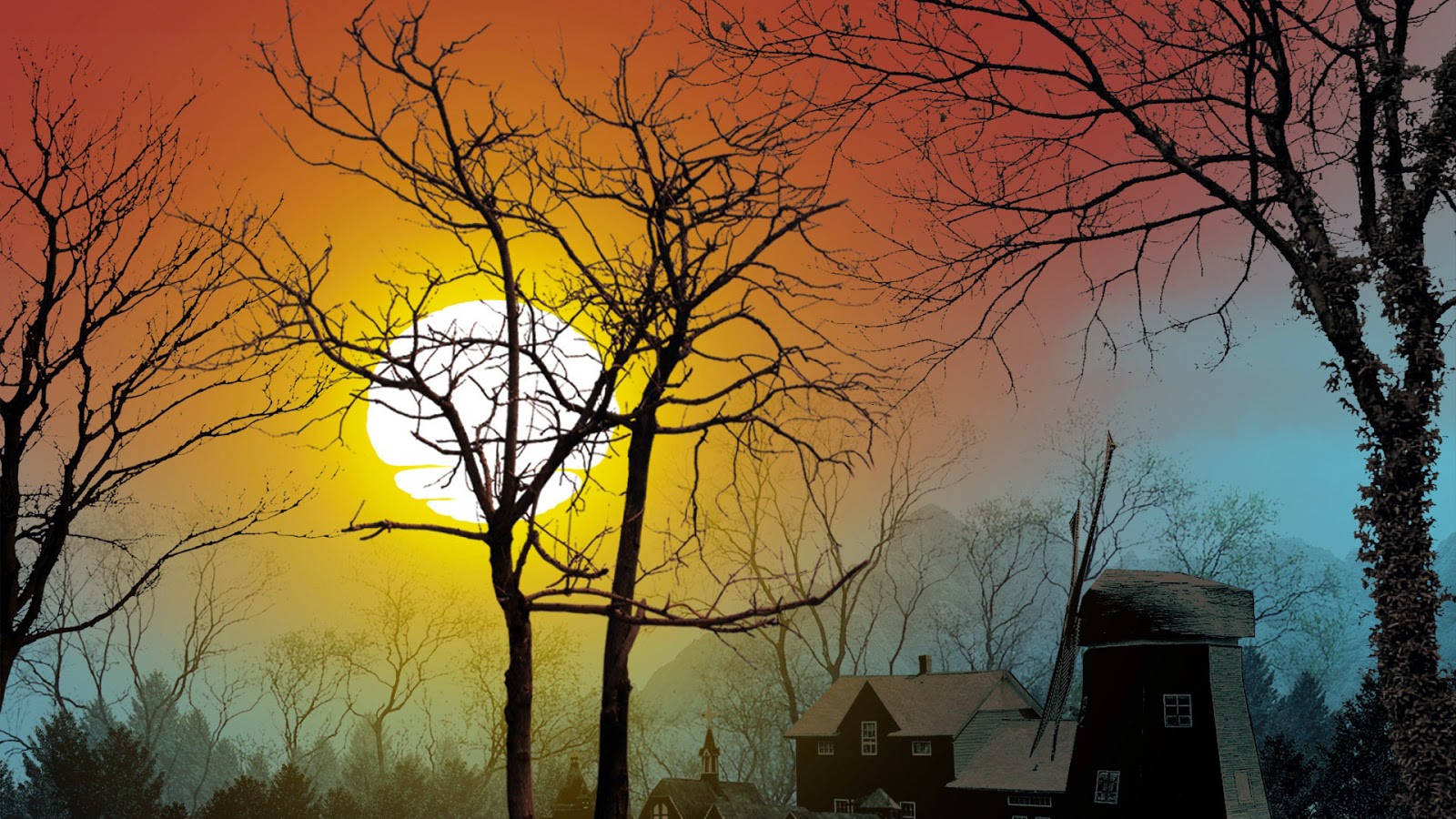 All praise is due to Allaah, Rabb of all the Worlds. May peace and blessings of Allaah be upon the Messenger, his household and companions.

The position of Laa ilaaha illa Allaah (There is no god but Allah) in Islaam is too great to be described. It is a great word that has immense virtues and noble qualities that can never be encompassed. It is the very essence of the mission of all Messengers. Allaah (s.w.t.) says,

“We did not send any Messenger before you (O Muhammad) but We revealed to him (saying): ‘None has the right to be worshipped but I (Allaah), so worship Me.’”   (Al-Anbiyaa 21:25)

Laa ilaaha illa Allaah is the most trustworthy handhold. Whoever holds fast to it is saved and whoever neglects it perishes. Allaah (s.w.t.) says,

“Whoever disbelieves in Taaghoot and believes in Allaah, then he has grasped the most trustworthy handhold that will never break.”  (Al-Baqarah 2:296)

The statement of Tawheed is the most correct thing and the best word. Allaah (s.w.t.) says,

“The Day that Ar-Rooh (Angel Jibreel) and the angels will stand forth in rows, they will not speak except him whom the Most Gracious allows, and he will speak what is right.”  (An-Naba’ 78:38)

Laa ilaaha illa Allaah is the greatest of all righteous deeds. In Musnad, Aboo Dharr asked the Messenger of Allaah, “Is the word ‘Laa ilaaha illa Allaah’ among righteous deeds?” The Prophet (s.a.w.s.) said, “Whoever says: ‘Laa ilaaha illa Allaah, Wahdahu laa shareka lahu, lahul mulku walahul hamdu wahuwa alaa kulli sha’yin qadeer’ (‘There is no God but Allah, the only true God, who has no partner. To Him belongs the kingdom (of the universe) and to Him all praises are due, and He has the power to do everything‘) 100 times everyday. It will be for him an equivalent of freeing ten slaves; 100 good deeds will be recorded for him and 100 sins will be wiped out for him; and none will do a better deed than him except one who does more than that.”  (Bukhari 8/412 and 4/514)

Among the merits of the word is that, there is no barrier between it and Allaah. The Prophet (s.a.w.s.) said, “No one says ‘Laa ilaaha illa Allaah’ sincerely from his heart except that the gates of the heaven is opened for him until the word reaches the Throne (Al-’Arsh) as long as the man keeps away from major sins.”

Laa ilaaha illa Allaah salvages its sayer from Hell. The Prophet (s.a.w.s.), when he heard a Mu’adhdhin saying: “Ash’adu an laa ilaaha illa Allaah”, he said, “He has gone out of the Fire.”  (Muslim) He also said, “Allaah has made it forbidden to Hell-Fire anyone who says, “Laa ilaaha illaa Allaah” seeking by that the pleasure of Allaah.”  (Al-Bukhaaree and Muslim)

Laa ilaaha illa Allaah is the best and greatest act of worship. The Prophet (s.a.w.s.) said, “The best act of remembrance is the word: Laa ilaaha illa Allaah and the best supplication is Alhamdulillah”. Whoever says this word sincerely from his heart will be the most fortunate to have the intercession of the Messenger of Allah. In Saheeh Bukhaaree, Aboo Hurayrah asked the Prophet (s.a.w.s.): ‘O Messenger of Allaah! Who will be the most fortunate to win your intercession on the Day of Resurrection?’ The Prophet (s.a.w.s.) answered: ‘O Aboo Hurayrah! I have wished that none shall ask me this before you because of what I see of your endeavour to learn knowledge. The most fortunate person to win my intercession on the Day of Resurrection is the one who says, ‘Laa ilaaha illaa Allaah’ sincerely from his heart.’ 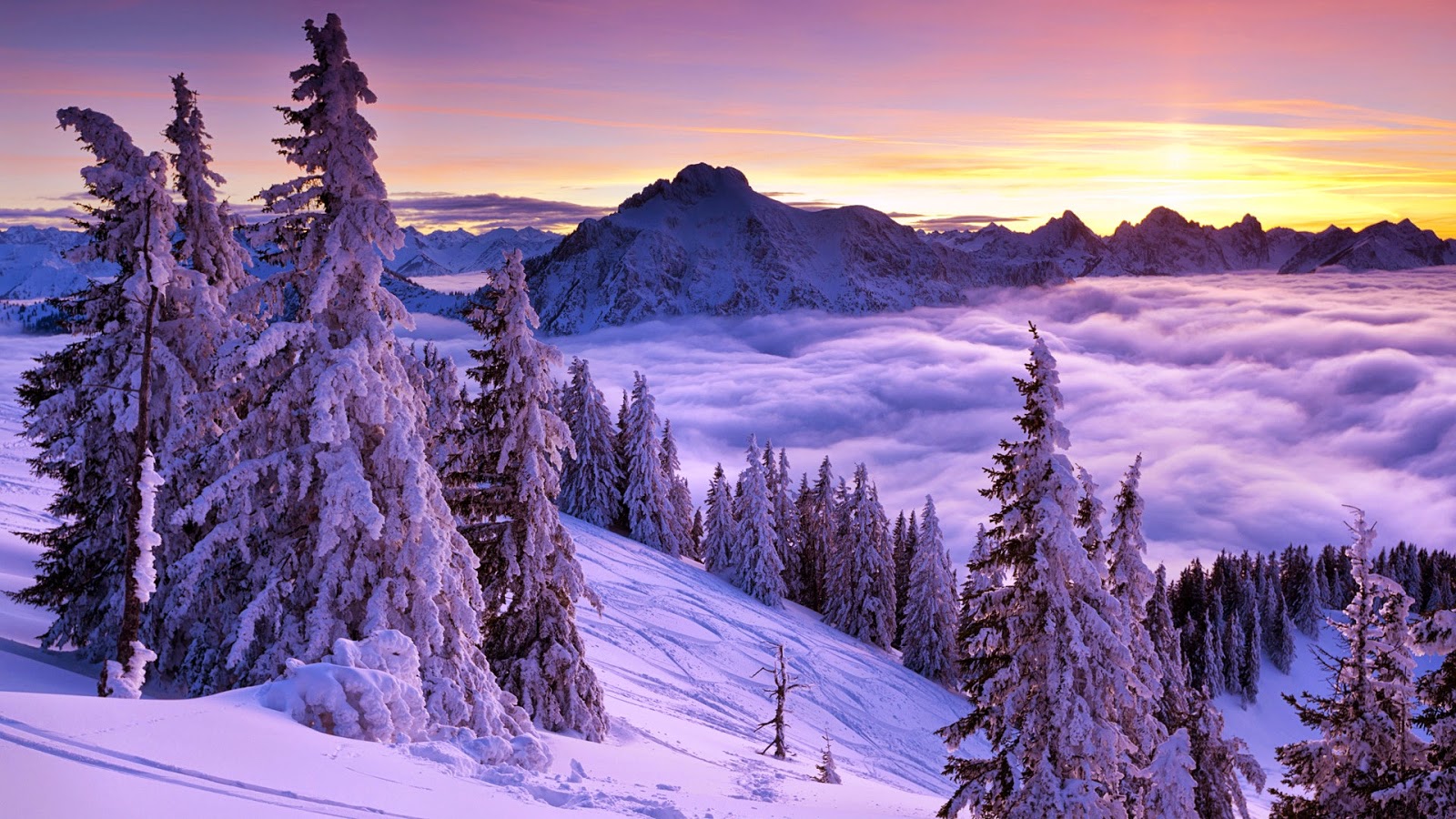 Brethren in Islaam! With all these noble rewards and great virtues, the Muslim should know that saying of this word can never be accepted from one who says it with his tongue only. He should rather also fulfil its obligations and conditions that are mentioned in the Qur’aan and Sunnah. When Al-Hasan Al-Basree was told that some people are saying: “Whoever says, Laa ilaaha illa Allaah will enter Paradise?” He said, “Whoever says it and fulfil its obligations will enter Paradise.”  When someone asked Wahb bin Munabbah: “is not Laa ilaaha illa Allaah the key to Paradise?” He answered: “Yes. But there is no key without teeth. So if you bring a key with teeth, the door will be opened for you and if not, it will not be opened.”

Brethren in faith! The word of Tawheed will not be accepted without fulfilling its obligations by denouncing polytheism and affirming the Oneness of Allaah and having a sure belief in its meaning.

“That is because Allaah, He is the Truth and that which they invoke besides Him is falsehood; and that Allaah is the Most High, the Most Great.” (Luqmaan 31:30)

Indeed, Laa ilaaha illa Allaah has a meaning that must be understood. For all scholars agree that mere saying of this word without understanding its meaning and implementing its obligations is of no avail. Allaah (s.w.t.) says,

“And those whom they invoke instead of Him have no power of intercession – except for those who bear witness to the truth knowingly (i.e. believed in the Oneness of Allaah, and obeyed His Orders) and they know.”  (Az-Zukhruf 43:86)

So whoever says this word and yet directs acts of worship like supplication, slaughtering, vowing, seeking for aid, repentance, fear and highest level of love for others besides Allaah, is regarded as one who associate partners with Allaah even if he says Laa ilaaha illa Allaah.

The real meaning of Laa ilaaha illa Allaah is there is no deity worthy of worship except Allaah Alone without any partner.

Brethren in faith! This word is not a mere word that has no meaning as some people think. It is rather a word that carries the greatest meaning. It means, to be free from worshipping any other thing besides Allaah; It means worshipping Allaah Alone through having hope of Him and fearing Him; returning to Him in repentance and putting trust in Him; it means invoking Him Alone and seeking for His aid. Whoever believes in this word and does not ask but Allaah and he does not perform any act of worship except in seeking His pleasure alone. Allaah (s.w.t.) says,

“Say (O Muhammad): ‘Verily, I am commanded to worship Allaah (Alone) by obeying Him and doing religious deeds sincerely for His sake only. And I am commanded this in order that I may be the first of those who submit themselves to Allaah as Muslims. Say: ‘Verily, if I disobey my Rabb, I am afraid of the torment of a great Day.’ Say: ‘Allaah Alone I worship by doing righteous deeds sincerely for His sake only.’”  (Az-Zumar 39:11-14)

The word of Tawheed is that pure word by which hearts move out of darkness, shirk, superstitions and illusions. It is by fulfilling its obligations that a Muslim can be regarded as truthful in his worship and sincere in his love for Allaah and his humility to Him.

Brethren in faith! The one who believes in the Oneness of Allaah fulfils the meaning of the word of Tawheed and always make his heart remember Allaah; he obeys His orders and refrain His prohibitions; he respects His limitations and always seek for His pleasure. His whole life is humbled absolutely for Allaah (s.w.t.) Alone. 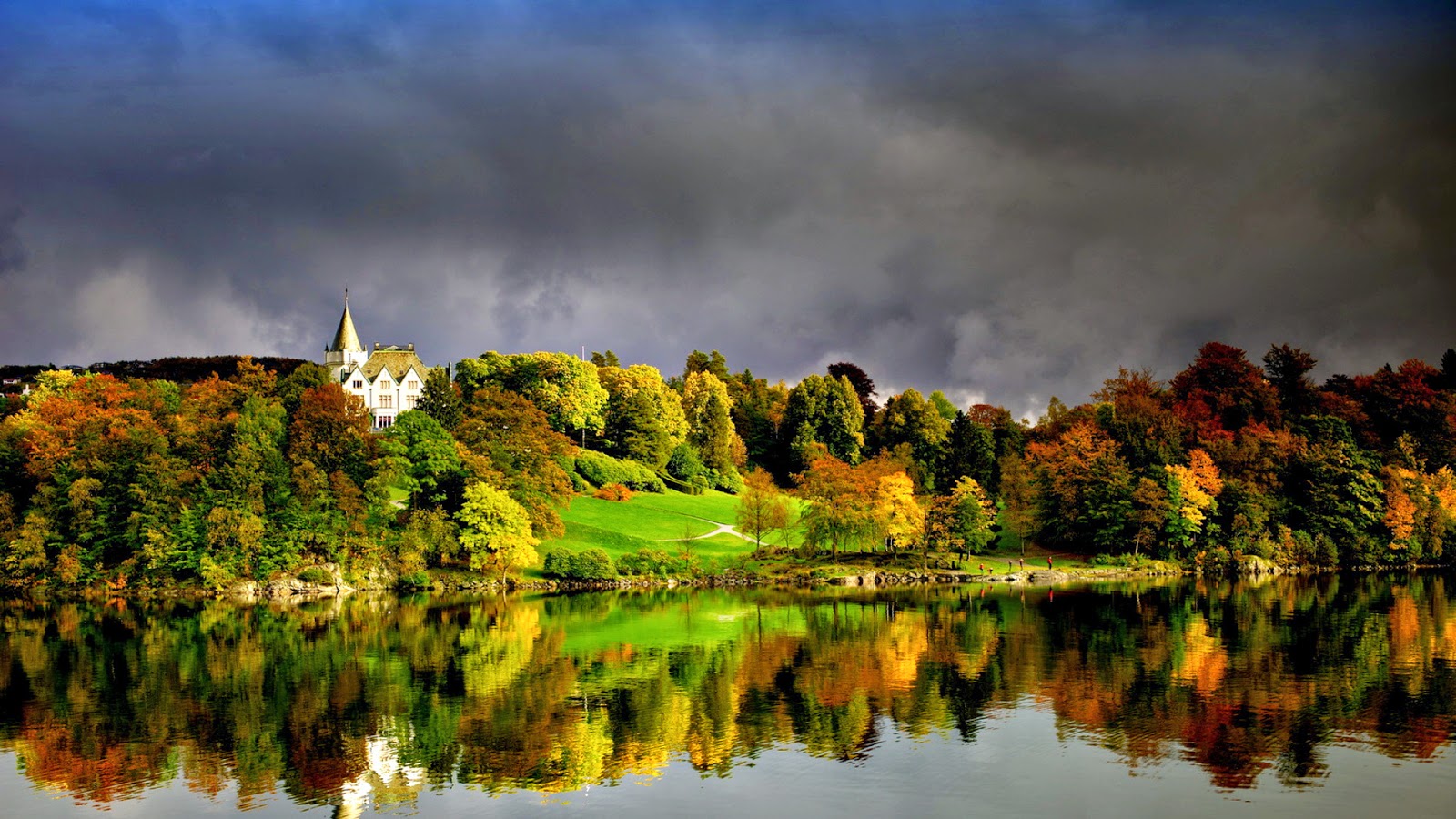 “Say: ‘Verily, my prayers, my sacrifice, my living and my dying are for Allaah, the Rabb of all the worlds. He has no partner. And of this I have been commanded, and I am the first of the Muslims.’” (Al-An’aam 6:162-163)

Fellow Muslims! Human life cannot be upright without the word of Tawheed and implementing its meaning in all aspects; and the Ummah cannot prevail or be saved from all calamities except by deriving its values, concepts and laws from the Word of Tawheed, and submitting to its obligations. The word of Tawheed enjoins man to conquer his lusts as it directs the society in all its relationship and orders. It controls the life of man in all aspects and enjoins it on men to submit themselves to Allaah and abide by His Law.

The word of Tawheed makes it obligatory on Muslims to follow the law of Allaah in all their affairs. Allaah (s.w.t.) says,

“But no, by your Rabb, they can have no faith, until they make you judge in all disputes between them, and find in themselves no resistance against your decisions, and accept (them) with full submission.” (An-Nisaa 4:65)

Fellow Muslims! When will the Ummah review her situations? When will she wake up from her heedlessness? When will she understand that she has wronged herself much by keeping far from the path of Allaah and His Messenger? When will those who based their economy system on usury and follow laws other than Allaah’s heed the warning? When will this strong affinity to this worldly life and being totally engrossed in its lusts stop? The Messenger of Allaah said, “Let the slave of Dinar and Dirham (money) and luxurious clothes perish.”

Brethren in faith! Muslims are totally in dire need of what can make them proud of their faith and what can give them hope of a bright future, so that the Word of Allaah may prevail and the word of disbelievers defeated.

Muslims must have sense of responsibility and leadership and the first thing that must be reformed and purified is their faith. Their faith should be purified from all kinds of innovation; the Sunnah should be absolutely distinguished from Bid’ah and the correct thing should be distinguished from error. So, whenever there is a sincere determination and truthful intention and the correct path is followed, the affairs of the Muslim, will be in order, their ranks will be united and their nation will be strong. Allaah (s.w.t.) says,

“It is those who believe and confuse not their belief with wrong (by worshipping others besides Allaah, that will have security and they are the rightly guided.” (Al-An’aam 6:82) 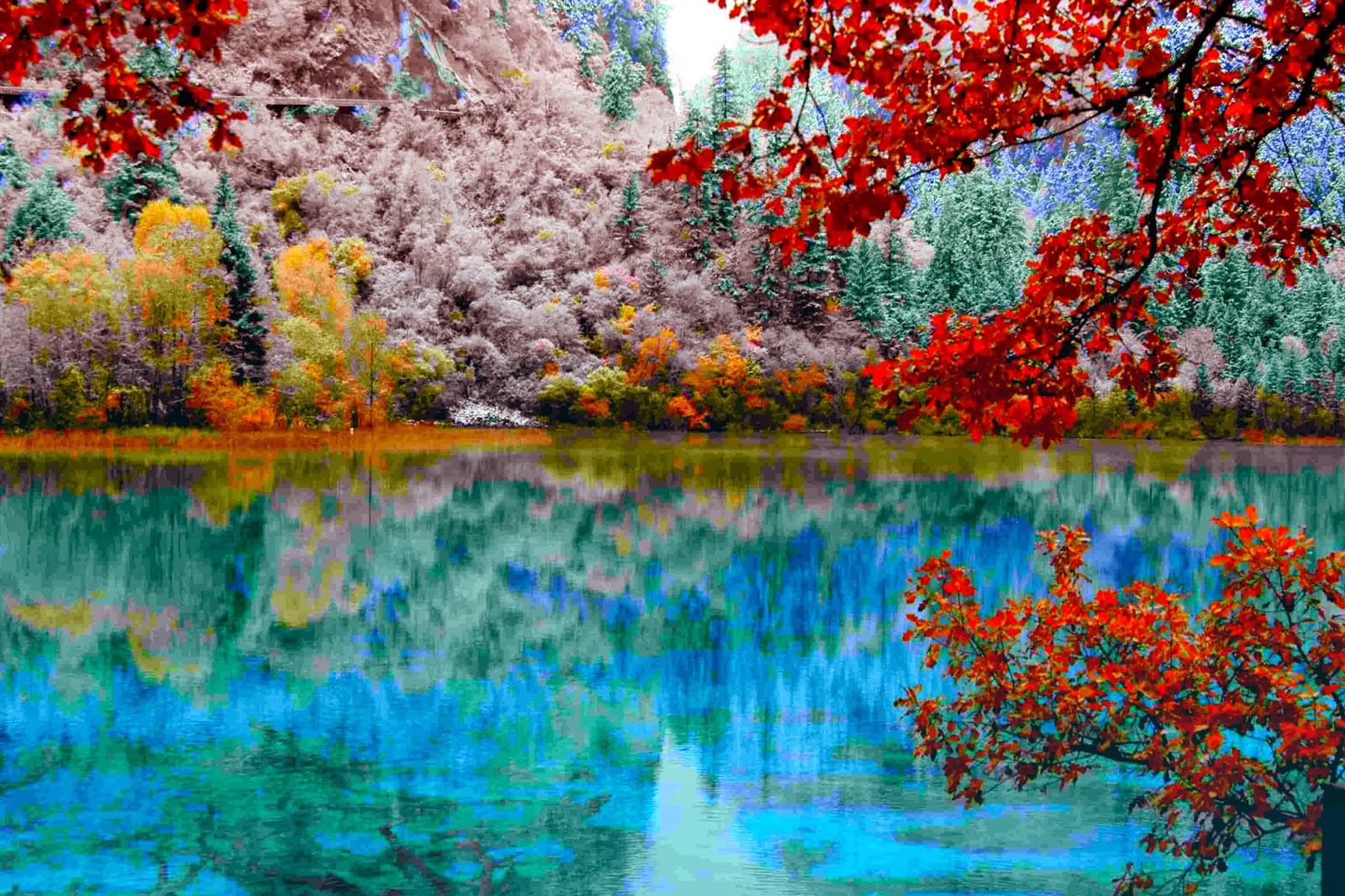 Brethren in Islaam! However strong the calamity and tribulations experienced by the Ummah of Tawheed, she shall always be firm on the truth in terms of her faith, conduct and system of life; and never can any difficulty she experiences create any doubt in her as regards her faith and basic principles. Allaah (s.w.t.) says about truthful believers who were affected with calamities,

“But they never lost heart for that which befell them in Allah’s Way, nor did they weaken nor degrade themselves. And Allaah loves the patient.” (Aal ‘Imraan 3:146)

The Ummah of Tawheed knows that whatever befalls her is only meant to test her. Allaah (s.w.t.) says,

“And that Allaah may test (or purify) the believers and destroy the disbelievers.”  (Aal ‘Imraan 3:141)

Muslims are therefore, passionately urged not to forsake or cast doubt on any aspect of this great religion, for doing that is the greatest loss and that no glory can Muslims achieve without this religion.

Fellow Muslims! Enemies of Islaam are employing all their energies and efforts to alter pure concepts and cast doubt on this religion and Islaamic Law and way of life. Let us therefore, remain steadfast and confront the evil actions of the enemy.

Fellow Muslims! Nothing can join the ranks of Muslims except Tawheed in the face of which all slogans and other ideologies should vanish.

Allegiance should be given to Allaah and His Messenger (s.a.w.s.) Alone. Let the brotherhood among you be the one based on this religion, for that is the only source of power and glory.

Though the world is now submerged in wars and contentions over material possessions of this life, the Muslim Ummah should endeavour to fulfil her responsibility of guiding the world to the Straight Path and to all that is good. This should however be done under strict adherence to the basics of this religion.