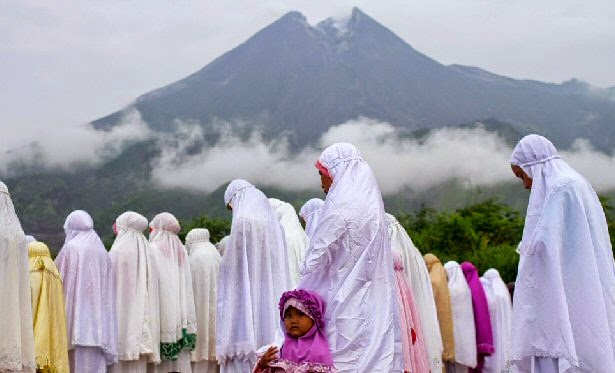 All praise is due to Allah, Rabb of all the worlds. May peace and blessings be upon the Messenger, his household and companions.

Fellow Muslims! Fear Allaah, for that is the provision of this world and the treasure for the Hereafter, and hold fast unto your religion.

Brethren in Faith! Allaah has chosen Islaam as a religion for the inhabitants of the heavens and the earth. He guides unto this religion whomsoever He wills of his slaves thereby making him prosper with the blessing and safe from all evils. Allaah make this religion of Islaam in three categories: State of submission to Allaah (Islaam); state of having certain faith (Eemaan); and the state of perfection and sincerity in acts of worship (Al-Ihsaan). The highest of these categories is that of Ihsaan for it makes one closest to Allaah. Winning His favour is by being kind to oneself and to other creatures and if man does that, he attains nearness to his Rabb .

Being kind to oneself entails carrying out all acts of worship and good deeds by abstaining from all that is forbidden and being beneficial to all creatures.

Perfection and sincerity in acts of worship is the highest degree of worship and the habit of the righteous slaves of Allaah. Allaah (s.w.t.) says,

“And who can be better in religion than one who submits himself to Allaah; and he is a good-doer and follows the religion of Ibraaheem (which is Islaamic monotheism).” (An-Nisaa 4:125)

Allaah promises great rewards for perfection and sincerity in acts of worship in this world and the Hereafter. He promised to protect the good-doers and give them abundant blessings from His mercy. Among the reward of goodness is that Allaah will be with the one who is sincere in his deeds by giving him victory, assisting him, protecting him and putting all his affairs in order for him. Allaah (s.w.t.) says,

Among the rewards of good-doing is that Allaah loves His slave who acts righteously in sayings and deeds. He loves him in a way that suits His Majesty and when Allaah loves a slave, He gives him all good things and protects him from all evils. He says,

Among the rewards of good-doing is that Allaah provides for the good-doers a way out of every difficulty, save them from the evils of their enemy and favour them with different kinds of blessings. He says about Prophet Yoosuf and his brother,

“Verily, he who fears Allaah with obedience to him and is patient, then surely, Allaah makes not the reward of the good-doers to be lost.” (Yoosuf 12:90)

Among the reward of good deeds is also the knowledge which Allaah puts into the hearts by which man differentiates between the lawful and unlawful and between truth and falsehood as well as the light by which Allaah removes the darkness, ambiguities and other lustful diseases. Allaah (s.w.t.) says about Prophet Yoosuf,

“And when he attained his full manhood, We gave him wisdom and knowledge; thus We reward the good-doers”  (Yoosuf 12:22)

Further Allaah rewards the good-doers by making the latter among them join the predecessors, blessing them together gathering them together on the Day of Resurrection and completing His favour on them He says, 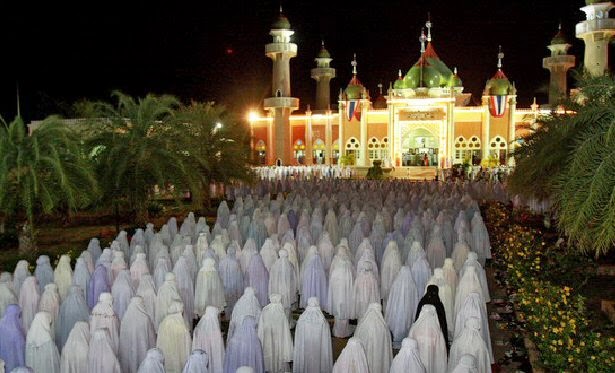 “And the foremost to embrace Islaam of those who migrated (from Makkah to Al-Madeenah) and the Ansaar (who helped and gave aid to them and also those who follow them exactly (in faith)).  Allaah is well-pleased with them as they are well-pleased with Him. He has prepared for them Gardens under which rivers flow (Paradise), to dwell therein forever. That is the supreme success.” (At-Tawbah 9:100)

Among the reward of good deeds also is praising from Allaah, praising from His slaves and their continuous supplication for the good-doers. Allaah (s.w.t.) says of Prophet Nooh,

“Peace be upon Nooh among the worlds. Verily, thus We reward the good-doers.” (As-Saaffaat 37:80)

Allaah (s.w.t.) says the same about Prophet Ibraaheem and Moosa.

Even though Allaah (s.w.t.) says this about the Prophets it is nevertheless the reward of all good-doers according to his good deeds. He says,

As for their reward in the Hereafter, Allaah (s.w.t.) says,

“For those who have done good is the best (reward i.e. Paradise) and even more (having the honour of glancing at the Countenance of Allaah). Neither darkness nor dust nor any humiliating disgrace shall cover their faces. They are the dwellers of Paradise, they will abide therein forever.” (Yoonus 10:26)

The “more” that is referred to in this verse is having the honour of glancing at Noble Countenance of Allaah as it has been reported in many hadeeths that the true believers will see their Rabb on the Day of Resurrection. Glancing at His Noble Countenance is enough a reward for good deeds. For Al-Ihsaan means to worship Allaah as if one sees Him in this world. Having the honour of glancing at His very Countenance in the Hereafter then becomes one’s reward for Ihsaan. Also, as the hearts of the disbelievers are blocked from knowing Allaah and consciousness of Him, their eyes will also be blocked in the Hereafter from seeing Allaah. Allaah (s.w.t.) says,

“Nay! Surely, they (evil doers) will be veiled from seeing their Rabbthat Day.” (Al-Muttaffifeen 83:15) 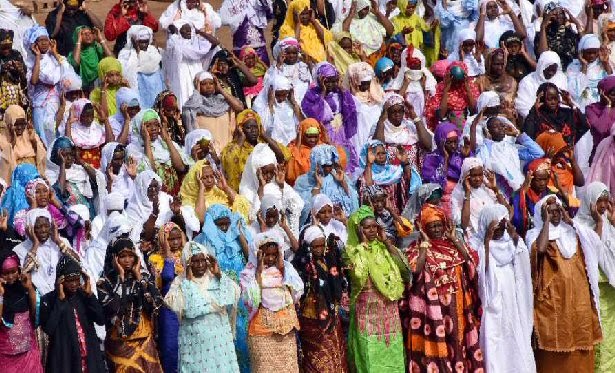 What then is this act of perfection and sincerity that occupies such a high position and earns such a great reward in this world and Hereafter?

The Messenger of Allaah said, “Al-Ihsaan is to worship Allaah as if you are seeing Him; and even though you do not see Him, He sees you.” (Muslim)

This hadeeth means that a slave should worship Allaah just as if he is seeing Him. This state no doubt necessitates the fear of Allaah, extolling Him ad loving Him. It also brings about exerting more efforts in acts of worship and perfection of it. Anas narrated that a man said, “O Messenger of Allaah! Tell me a short word!” The Prophet (s.a.w.s.) then said, “Pray like the one who is bidding farewell to this world, for if you do not see Allaah, He sees you.” (At-Tabaraanee)

The meaning of his word, “if you do not see Him, He sees you,” is that, whoever cannot worship Allaah as if he sees Him should then worship Him with a certainty that Allaah sees him inwardly and outwardly and that nothing of his affairs is hidden from Him.

In the hadeeth of Haarithah, the Messenger of Allaah asked him, “O Haarithah! How is your morning today?” He answered, “I woke up a true believer” The Prophet said, “Watch what you utter, for every word has its consequence!” He said, “O Messenger of Allaah, I kept myself away from this world, kept awake in the night and fast during the day; and I feel as if I am looking at the Throne of my Rabb showing. I feel as if I am looking at the people of Paradise and how they have more and more of enjoyment and I feel if as I am looking at the inhabitants of Hell and how they cry there in pain!” The prophet then said, “You have seen the truth.”

Observing prayers perfectly, seeking nearness to Allaah, invoking Him in the hours of the night while people are asleep and being kind to Allaah’s creatures are also good deeds. Allaah (s.w.t.) says,

“Verily, they were before this good-doers, they used to sleep but little by night (invoking their Rabb and praying with fear and hope. And in the hours before dawn they were fond of asking (Allaah) for forgiveness. And in their properties there was right of the beggar and the poor who does not ask others.” (Adh-Dhaariyaat 51:16-19)

Among the acts of good deeds also is to fight against one’s lusts, against Satan, against hypocrites and disbelievers. Allaah (s.w.t.) says,

“And many a Prophet fought and along with him (fought) large bands of  religious learned men. But they never lost heart for that which befall them in Allaah’s way nor did they weaken nor degrade themselves. And Allaah loves the patient. And they said nothing but: ‘Our Rabb! Forgive us our sins and our transgressions, establish our feet firmly and give us victory over the disbelieving folk.’ So Allaah gave them the reward of this world and the excellent reward of the Hereafter. And Allaah loves the good-doers.” (Aal ‘Imraan 3:146-148)

Among acts of righteousness also are spending in times of prosperity and poverty, subduing one’s anger and forgiving the ignorant people. Allaah (s.w.t.) says,

“Those who spend in prosperity and adversity, who repress anger and who pardon men; verily, Allaah loves the good-doers.” (Aal ‘Imraan 3:134)

Giving sincere advice for the sake of Allaah and His Prophet (s.a.w.s.) and for the leaders of Muslims and their common folk is also a good deed. Allaah (s.w.t.) says,

“There is no blame on those who are weak or ill or who find no resources to spend, if they are sincere and true (in duty) to Allaah and his Messenger. No ground (of complaint) can there be against the good-doers. And Allaah is Oft-Forgiving Most-Merciful.” (At-Tawbah 9:91)

Good deed is also to follow the truth and love it, to listen to the revealed revelation with clean heart, attentive ear and tearful eyes. Allaah (s.w.t.) says, 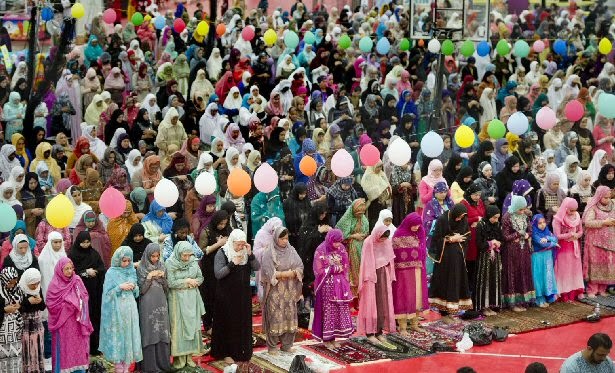 “And when they listen to what has been sent down to the Messenger, you see their eyes overflowing with tears because of the truth they have recognized. They say: ‘Our Rabb! We believe; so write us down among the witnesses. And why should we not believe in Allaah and that which has come to us of the truth? And we wish that Our Rabb will admit us (in Paradise) along with the righteous people.’ So because of what they said, Allaah rewarded with Gardens under which rivers flow (in Paradise), they will abide therein forever. Such is the reward of the good-doers.” (Al-Maaidah 5: 83-85)

Fellow Muslims! Good and righteous deeds are the habit of sincere worshippers of Allaah and the ranks of the successful ones. It is therefore incumbent on the Muslim to strive towards the elevation of his rank in order to be on the path of the successful and righteous people and in order that he may be assembled in their group under the leadership of Prophet Muhammad (s.a.w.s.). Allaah commands,

In the hadeeth, the Messenger of Allaah said, “Allaah ordains kindness in all things.” (Muslim)

Therefore, do your good deeds perfectly and sincerely for the sake of Allaah Alone. He says,

“So whoever hopes for the meeting with his Rabb, let him work righteousness and associate none as a partner in the worship of his Rabb.”  (Al-Kahf 18:110)

Purify your acts of righteousness by following the Sunnah of the Messenger of Allaah. Allaah (s.w.t.) says,

“Say: if the (really) love Allaah, follow me, Allaah will love you and forgive you your sins. And Allaah is Oft-Forgiving, Most-Merciful.”(Aal ‘Imraan 3:31)