Al-Ihsaan (Perfection in Acts of Worship) 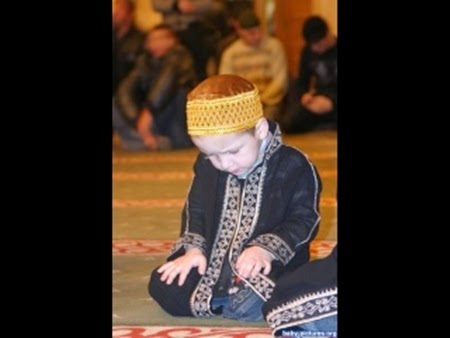 All praise is due to Allaah the Most Beneficent, Most Merciful. I testify that there is no god worthy of worship save Allaah and I also testify that Muhammad (s.a.w.s.) is the messenger of Allaah.
O you Muslims! Fear Allaah, for fear of Allaah is one’s provision for the next world and his treasure in this world. Hold fast unto your religion. Allaah has chosen Islaam as the religion for the inhabitants of the Earth and the Heavens and He has guided to it whomsoever He wishes among His slaves. Allaah has also made for those who follow this religion three ranks: Islaam, eeman, and ihsaan, which is the highest of the three ranks. Ihsaan is the best rank of Islaam, for one attains closeness to Allaah only through ihsaan. Ihsaan means doing good to oneself by worshipping Allaah with perfection and doing good to people.

Allaah says,
“And who can be better in religion than one who submits his face (himself) to Allaah (i.e. follows Allaah’s religion of Islaamic monotheism); and he is a muhsin (a good doer).” (An-Nisaa 4:125).

The Almighty has also promised a great reward for the good doers in this world and the next. He promises them protection and good things of this life when he says,
“Truly Allaah is with those who fear Him (keep their duty unto Him), and those who are good-doers.” (An-Nahl 16:128)

Among the reward of good deeds is that it makes good-doers win Allaah’s love. Allaah says,
“Verily, Allaah loves the good-doers.” (Aal Imraan 3:134)

Doing good also makes Allaah provide relief for the good-doer whenever he is in distress and makes Allaah save Him from his enemies. Allaah also blesses the good-doers with different kinds of blessings and lets them have a happy ending. He says regarding Yoosuf,
“Verily, he who fears Allaah with obedience to Him and is patient, then surely, Allaah makes not the reward of the good-doers to be lost.” (Yoosuf 12:90)

Among the rewards of good deeds is that Allaah will impart knowledge into the heart of the good-doer, which will enable him to differentiate between lawful and unlawful things, and between truth and falsehood. Allaah says about Yoosuf,
“And when he (Yoosuf) attained his full manhood, We gave him wisdom and knowledge. Thus We reward the doers of good.” (Yoosuf 12:22)

Allaah also rewards the good-doers by making later good doers join their predecessors, giving them of His bounties and completing His favour on them. He says,
“And the foremost to embrace Islaam of the Muhajirun (those who migrated from Mecca to Medina) and the Ansar (the citizens of Medina who helped and gave help to the Muhajirun) and also those who follow them exactly (in faith), Allaah is Well-pleased with them as they are well-pleased with Him. He has prepared for them Gardens under which rivers flow (Paradise), to dwell therein forever. That is the supreme success.” (At-Tawbah 9:100)

Allaah also rewards good doers by praising them and making His slaves praise them as well. The Almighty says about prophet Nooh (Noah),
“Salaam (peace) be upon Nooh (from Us) among the Alamin (mankind, jinn and all that exists).”
He also says regarding prophet Ibraheem (Abraham),
“Peace upon Ibraheem! Thus indeed do We reward the Muhsinun.”
And about prophets Musa and Harun, He says,
“Peace be upon Musa and Harun. Verily, thus do We reward the good-doers.” (As-Saafaat 37:119-120). 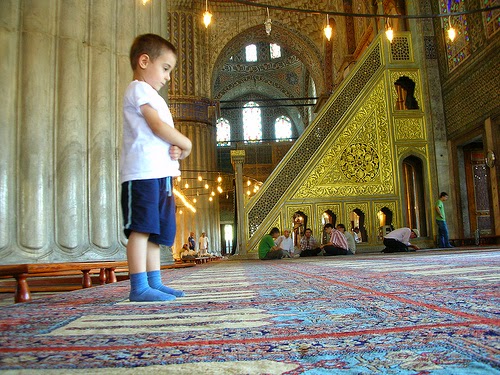 Although the verses mentioned above speak about prophets, yet the rewards mentioned in it will be the same to be given to other good-doers. He also says,
“For those who do good in this world there is good, and the home of the hereafter will be better. And excellent indeed will be the home (i.e. Paradise) of the Muttaqun (the pious).” (An-Nahl 16:30)

About the reward of the good-doers in the hereafter, Allaah says,
“For those who have done good is the best (reward i.e. Paradise) and even more (i.e. having the honour of glancing upon the countenance of Allaah). Neither darkness nor dust nor any humiliating disgrace shall cover their faces. They are the dwellers of Paradise, they will abide therein forever.” (Yoonus 10:26)

The word “more” means having the prestige of seeing the Countenance of Allaah as it has been successively related in ahadeeth that the believers will see their Rabb on the day of Judgement. As a matter of fact having the privilege of seeing the Gracious Countenance of Allaah on the last day is a suitable reward for Ihsaan (i.e. good deeds) because ihsaan means to worship Allaah in this world as if one sees Him. Glancing at His Gracious Countenance plainly on the Day of Judgement then becomes the greatest reward for good deeds. As regards the unbelievers, their eyes will be screened from seeing Allaah on that day, as their hearts were veiled from knowing Allaah and fearing Him in this world. Allaah says,
“Nay! Surely they (the evil-doers) shall be veiled from seeing their Rabb that day.” (Al-Mutaffifeen 83:15) 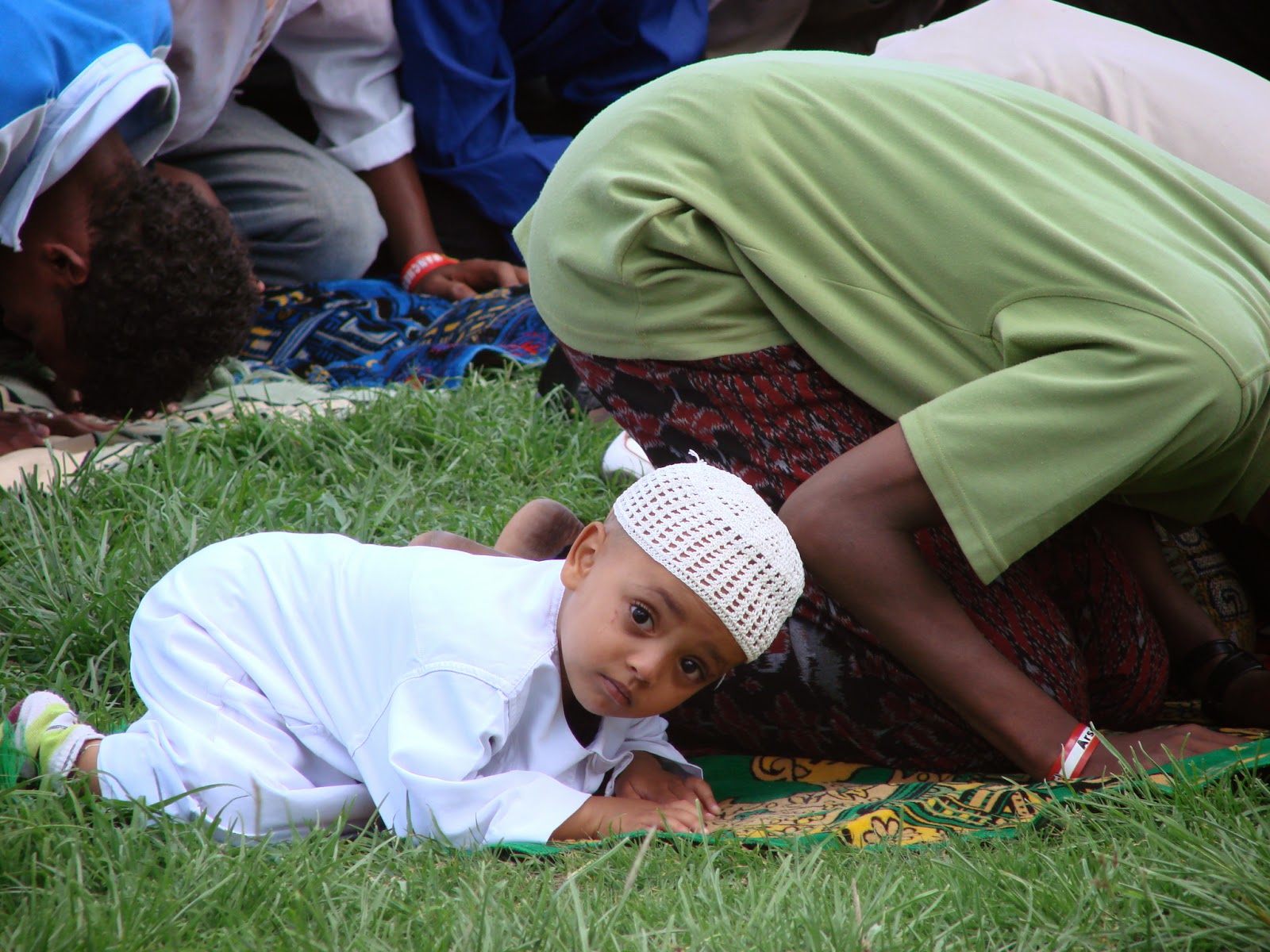 Fellow Muslims! What then is this ihsan (good deed) that attracts such a high position before Allaah and such a great reward? The answer  was provided by the Messenger of Allaah (s.a.w.s.) when he said, “Al-Ihsaan is to worship Allaah as if you see Him. And even though you do not see Him, He sees you!” (Muslim). This hadeeth means that man should worship Allaah, mindful of his closeness to Him and his standing before Him just as if he is seeing Him plainly.

This state brings about God-consciousness and love of Allaah and purifies ones acts of worship. Anas bin Malik narrated that a man said, “O Messenger of Allaah! Tell me a short word.” The Prophet (s.a.w.s.) replied, “Pray as if you are in your farewell prayer, for if you do not see Allaah, He sees you.” And the meaning of the phrase “if you do not see Him, He sees you” is that if one cannot worship Allaah as if one sees Him, he should then worship Him with the conviction that Allaah does see him and that none of his affairs is concealed from Allaah.

Haarithah related that the Prophet (s.a.w.s.) told him, “O Haarithah! How did you enter into your morning?” He said, “I replied, ‘I entered into the morning as a true believer.’” He said, “The Prophet (s.a.w.s.) then told me, ‘Watch what you say, for every word has a reality.’” He said, “I then said, ‘O Messenger of Allaah, I keep myself away from the (leisures of this) world, spend my nights in prayer and fast during my days. I am now as if I am looking at the throne of my Rabb appearing. I am also as if I am looking at the inhabitants of Paradise as they visit one another. And it seems as if I am looking at the dwellers of hell as they howl therein!” The Prophet (s.a.w.s.) then said, “You have indeed seen (what you claimed to have seen). Therefore continue on your state of Ibaadah, O slave whom Allaah has illuminated his heart with faith!”

Al-Ihsaan is to observe prayer in the best form, moving closer to Allaah and beseeching Him secretly during the night when people are asleep. So also is doing good to people. Allaah says,
“Verily, they were before this good doers. They used to sleep but little by night (invoking their Rabb and praying with fear and hope). And in the hours before dawn they were (found) asking (Allaah) for forgiveness. And in their properties there was the right of the beggar (who asked) and the poor (who do not ask others).” (Adh-Dhaariyaat 51:17-19) 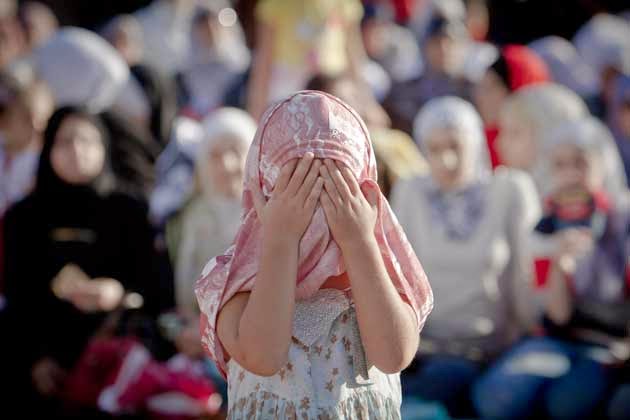 “And many a Prophet fought (in Allaah’s cause) and along with him (fought) large bands of religious learned men. But they never lost heart for that which did befall them in Allaah’s way, nor did they weaken nor degrade themselves. And Allaah loves the patient ones. And they said nothing but, ‘Our Rabb! Forgive us our sins and our transgressions (in keeping our duties to you). Establish our feet firmly and give us victory over the disbelieving folk! So Allaah gave them the reward of this world, and the excellent reward of the hereafter. And Allaah loves the good-doers.” (Aal-Imraan 3:146-148).
It is also an aspect of Ihsan to spend in the way of Allaah whether one is rich or poor, to suppress ones anger and forgive the ignorant ones when they misbehave. Allaah says,
“Those who spend (in Allaah’s cause) in prosperity and in adversity, who repress anger and who pardon men; verily, Allaah loves the good-doers.” (Aal-Imraan 3:134)

It is a part of Ihsaan to surrender to the truth, to love it and to listen to the revealed book of Allaah with sound and healthy minds and attentive ears. Allaah says,
“And when they listen to what has been sent down to the Messenger, you see their eyes overflowing with tears because of the truth they have recognised. They say, “Our Rabb! We believe; so write us among the witnesses. And why should we not believe in Allaah and in that which has come to us of the truth (Islaamic monotheism)? And we wish that our Rabb will admit us (in Paradise on the Day of Resurrection along with the righteous people (Prophet Muhammad (s.a.w.s.) and his companions). So because of what they said, Allaah rewarded them with gardens under which rivers flow (in Paradise), they will abide therein forever. Such is the reward of the good-doers.” (Al-Maa’idah 5:83-85) 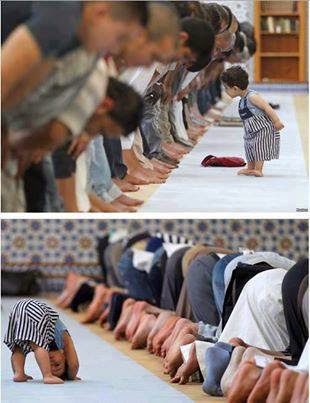 Fellow Muslims! Fear Allaah as He should be feared and race towards His pleasure. Know that His pleasure can never be attained except by carrying out his commandments and abstaining from what He prohibits, for this is really the worship, for which He created the man and jinn. Allaah has also bestowed his favour on you by explaining to you preferable periods in which one should increase his act of worship so as to get great rewards. Among these periods are the first ten days of Dhul-Hijjah. Standing at Arafah also falls within these days, and it is on this great day that Allaah forgives great sins. The Prophet (s.a.w.s.) said, “There is no day in which Allaah redeems as many souls from hell as the day of Arafah. Allaah comes near and boasts with His servants in front of the angels. He then says, “What do these people want?” (Muslim).

Abo Qataadah (r.a.) also narrated that the Messenger of Allaah (s.a.w.s.) was asked about fasting on the day of Arafah, and he replied, “It removes the sins of the previous year and the current year.” (Muslim). Strive therefore to do as many good deeds in this day as possible. Remember Allaah much and keep yourself away from the prohibited things. Allaah says,
“And march forth in the way (which leads) to forgiveness from your Rabb and Paradise as wide as are the Heavens and the Earth, prepared for the pious. Those who spend (in Allaah’s cause) in prosperity and in adversity, who repress anger and who pardon men; verily, Allaah loves the good-doers.” (Aal-Imraan 3:133:134).