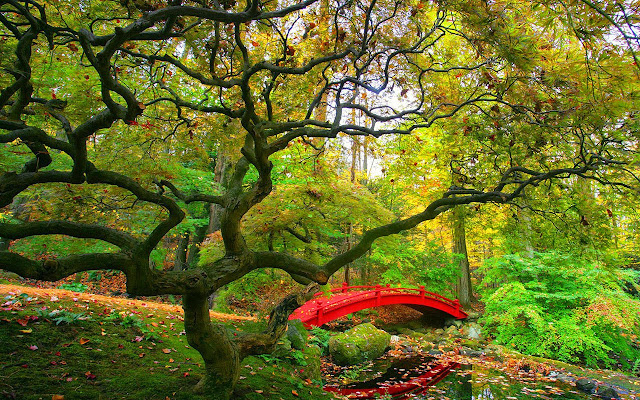 Bismillah Al-Rahman Al-Raheem
The holy Prophet Mohammad (pbuh) has explained the foremost purpose of his being sent to the world.

"I have been sent only for the purpose of perfecting good morals."

The good memory of Prophet Mohammad (pbuh) was nothing else but to strengthen the moral character of people, so that the world of beauty and perfection may be illuminated before their ages and they may try to achieve it consciously and with knowledge.

The khutbah will concentrate on one of the most important morals in Islam "Truth."

The strong and firm pillar of a Muslim's character is straight dealing.  It is his duty to be attached to truth in every matter and to see every problem and affair through the glasses of truth, to keep it before him in every decision in dealing and treatment.

"For the messenger of Allah falsehood was the worse habit in a person.  If any man told a lie in his presence, that man's thought always troubled him until the time he was informed that he has repented."

Falsehood is such an evil that it discloses the internal corruption and wickedness of the liar, It is a name of wrong dealing which only acts in spreading evil, so much so that even without the needs that are troublesome or the forcing inclination it leads persons to committing sins.

"All evils can be found in a Mumin [a Believer], except dishonesty and falsehood."

The replies of the prophet show that these factors of deficiency and weakness enter some person/s nature and can influence them, but this does not mean that miserliness is tolerated and cowardice is lesser of an evil.

1.                  Teaching children to be truthful:  Abudllah Ibn AlAmir said:  my mother called me when the prophet was present in my house, she asked me to come enticing me by giving me a thing.  The prophet asked "What will you give him?"  She said "a date".  The prophet said "If you had not given him this date, you would have committed a falsehood which would have been entered in your record of deeds."  "Anybody who called a child saying that he would give him a certain thing and did not is a liar" (Ahmad).

2.                  Adoption of straight dealing and telling the truth has been very strictly insisted upon, so much so that it has been enjoined upon to take care about this even in minor household matters.

3.                  Adhering to the truth even in jokes:  (Balhaqui) hadith:  "I give guarantee of a house in the middle of Paradise for the man who has given up falsehood, though he was required to indulge in humour".  (Ahmad):  a Mumin [a Believer] cannot have complete faith unless he gives up falsehood in his jokes and debates though in all other matters he speaks the truth. 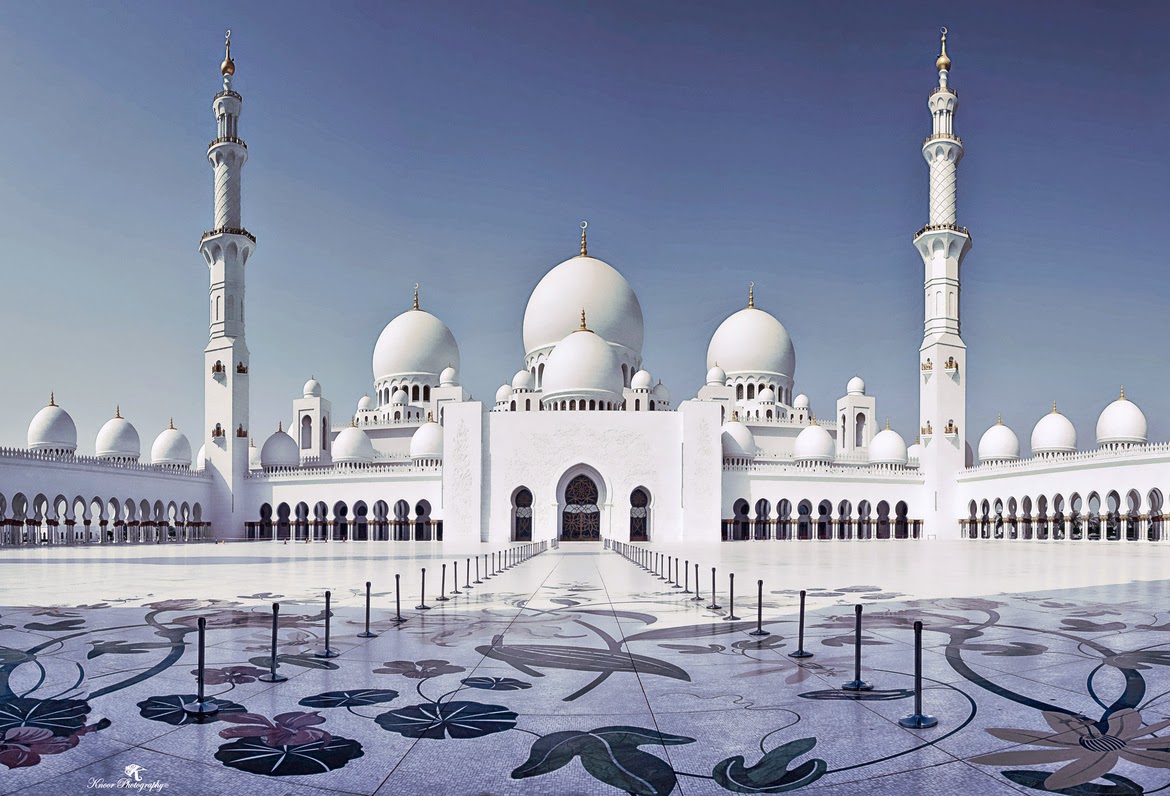 4.                  Avoid exaggeration in praise:  Some people go to the extent of exaggerating and making false statements when they praise somebody.  For a Muslim, it is important that when praising somebody he should do it to the extent he knows about that man.  To a person who was praising the Prophet, he said "do not indulge in exaggeration while praising me, as the Christians did in the case of Ibn Mariam.  I am but a slave so only say that he is a slave of Allah and his messenger."  Such people are always found licking the boots of leaders and rulers and praising them to the Heavens.  Those who make exaggeration their habit and through this try to earn rewards from the praised, deserve to have "dust thrown in their faces" as narrated by Abu Huraira quoting the prophet.  The limit where a Muslim stops and which keeps him distinct from the bootlicking and exaggeration are that he praises his benefactor or a good person but does not let him indulge in vanity and pride.  These limits have been clarified by the prophet (pbuh):  "If someone wants to praise his brother, then if he is aware of the facts he should say I think he is such and such and Allah is the real knower and there is none purer and innocent than Allah, I consider him bearer of these qualities." ((Bukhari).

5.                  Avoidance of Falsehood and deception in trade:  A false statement by the trader, in an attempt to get a good deal, is forbidden by Islam.  The prophet said:  "The buyer and seller are free to trade, provided they acted with honesty and explained any defects of commodities and God will bless them with prosperity.  If both tried to deal dishonestly and hide the defects, it is likely that they may get some profit but prosperity will vanish from their trade."  (Bukhari)  "It is not lawful for a Muslim to sell such a commodity that has a defect, except that the defect is shown to the buyer."

6.                  Disregard of truth is giving evidence is the worse type of falsehood.  When a Muslim gives evidence he should state the truth unhesitantly regardless as to whether it is against a close friend or relation.  In Sura Al-Nisaa 135:  "O you who believe!  Stand out firmly for justice as witness to Allah, even so against yourselves or your parents or your kin, and whether it be (against) rich or poor; for Allah can best protect both, follow not the lusts (of your heart) lest you swerve, and if you distort (justice) or decline to do justice, verily Allah is well-acquainted with all that you do."
(Bukhari) Abu Bakr narrates:  "May I not tell you the major sins? 1-  to associate someone else with Allah, 2- to disobey the parents, 3- to kill someone unjustly (he was leaning, so he sat up and said) 4-and to tell lies and give false evidence (and kept repeating it several times)."

7.                  Not to break a promise:  It is a very sad state of affairs, that the  tendency to break promises has become common practice.   Redeeming ones pledge is a commendable quality, Allah considers fulfilling of a promise as one of the attributes of prophethood:  (S�ra Mariam 54-55)  "Also mention in the book (the story of) Ismail, he was true to what he promised and he was a Messenger, a Prophet.  He used to enjoin on his people prayer and charity and was most acceptance in sight of the Lord."

If a person is truthful and straight in his speech and dealings, inevitably there will be truthfulness and sincerity in his actions and goodness and reform in his conditions.  By adopting truthful and straight ways in dealing with others, this light of truth also illuminates one's heart and mind and then darkness vanishes.

Al-Ahzaab 70-71:  "O you who believe!  Fear Allah and (always) say a word directed to the right; that he may make your conduct whole and sound and forgive your sins; He that obeys Allah and his Messenger has already attained the highest achievement." 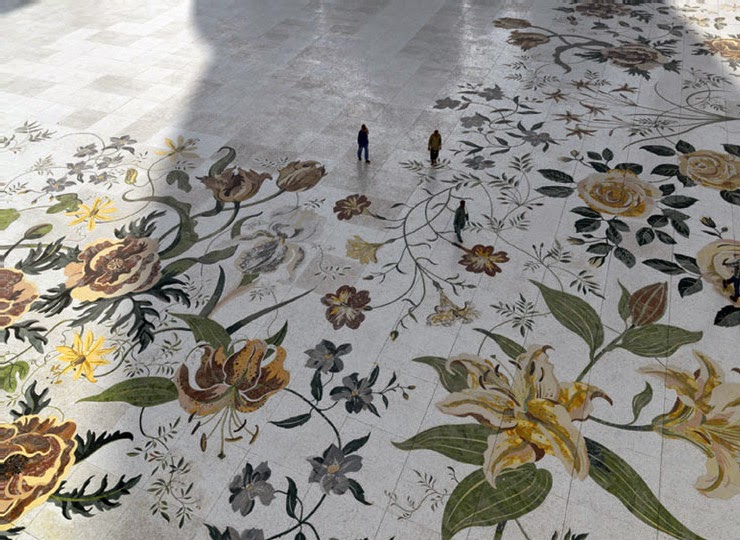 The success of communities and nations in conveying their message, depends on the bearers of the message performing the correct action.  If they have an abundant record of right and truthful action they can reach the zenith of success and glory, otherwise, they swerve from their destination for more idleness, senseless activities, slogan shouting and self praise.

The prophet said:  "Adopt truth, for truth shows the path to righteousness, and righteousness shows the path to Paradise; A man speaks the truth regularly and adopts truthful ways till he is recorded as a truthful person before Allah; and keeps away from falsehood for falsehood leads to wickedness and wickedness throws in hell.  A person tells lies regularly and attaches himself to falsehood till he is on record as a liar before Allah".

"It is no virtue that you turn your face to the East and the West but virtue is that one should believe in Allah, and the Last Day and the angels and the prophet and spend part of love for him his wealth on relations and orphans and the needy and the wayfarer and those who ask for ransom of the slaves and establish salat and pay zakat.  And those who fulfill the pledges they make and remain steadfast in adversity and affliction and in times of struggle, such are the people who are truthful and God fearing."