Dear brothers and sisters:
Today I will deal with important Surah, which is called Surah al-Mu’minun chapter
number 23. In this Surah, Allah mentions at the beginning of the Surah the characteristics of the believers, and promises great reward for those who have these attributes. As Muslims, we should have these characteristics and avoid its opposites.

Umar Ibn al-Khattab says, ‘When the revelation came to the Prophet, we used to see that in his face. Then we waited for a while and then he faced the Qiblah and raised his hands saying, ‘O Allah, give us more and not to decrease from us; honour us and not humiliate us; provide for us and not to deprive us... then he said, ‘Ten verses have been revealed to me, and whoever establishes them will succeed, then he recited, ‘Certainly will the believers have succeeded: They who are during their prayer humbly submissive. And they who turn away from ill speech; And they who are observant of zakah, And they who guard their private parts, Except from their wives or those their right hands possess, for indeed, they will not be blamed –
But whoever seeks beyond that, then those are the transgressors – And they who are to their trusts and their promises attentive, And they who carefully maintain their prayers – Those are the inheritors- Who will inherit al-Firdaus. They will abide therein eternally. [23:11]


Dear brothers and sisters:
Surat al-Mu’minun is makkan Surah starts with confirmation of success to those who have these characteristics. In the end of the Surah, confirmation of failure for those who disbelieve is also mentioned. The Surah says, ‘Surely, disbelievers will not succeed.’ [23:217]

The Surah also mentions signs and proofs in the creation of human and mentions the stages of this creation. The Surah says, ‘And certainly did We create man from an extract of clay; Then We placed him as a sperm-drop in a firm lodging; Then We made the sperm-drop into a clinging clot, and We made the clot into a lump [of flesh], and We made [from] the lump, bones, and We covered the bones with flesh; then We developed him into another creation.

So blessed is Allah, the best of creators; Then indeed, after that you are to die; Then indeed you, on the Day of Resurrection, will be resurrected; [23:12-16]

Then the Surah moves to another subject which is the signs in the creation of the universe and the favors of Allah upon his creatures. Among these signs and favors is water which is sent down to make everything alive.’

The Surah mentions, ‘And We have created above you seven layered heavens, and never have We been of [Our] creation unaware; And We have sent down rain from the sky in a measured amount and settled it in the earth. And indeed, We are Able to take it away…’ [23:17-18] 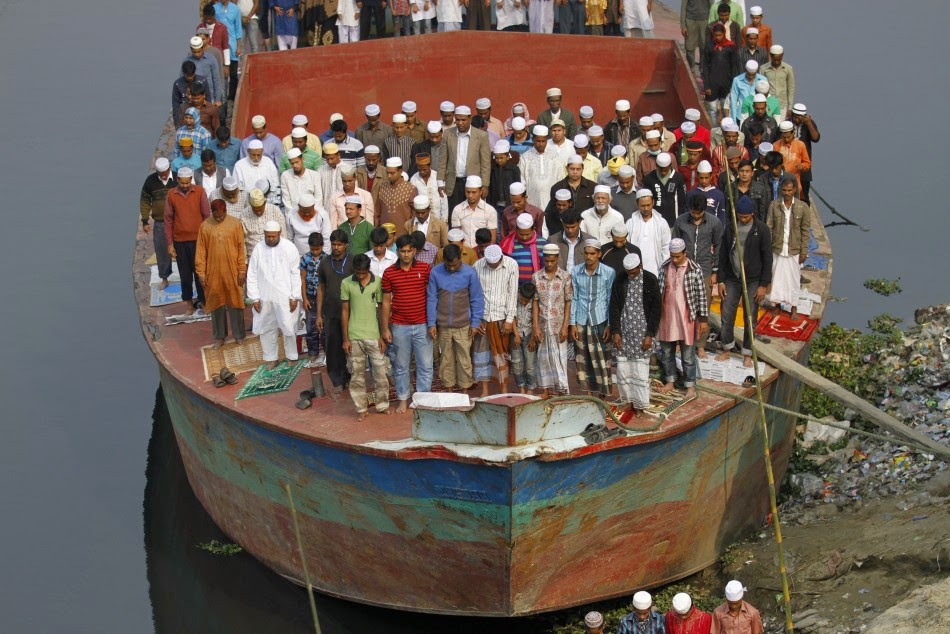 Then the Surah calls us to contemplate in ponder over the benefits of this water to the human, to animals, and to plants. The verses say, ‘And We brought forth for you thereby gardens of palm trees and grapevines in which for you are abundant fruits and from which you eat; And [We brought forth] a tree issuing from Mount Sinai which produces oil and food for those who eat;
And indeed, for you in livestock is a lesson. We give you drink from that which is in their bellies, and for you in them are numerous benefits, and from them you eat; And upon them and on ships you are carried…’ [23:19:22]. This refers to the favors of Allah upon us that we should thank Him for. What I mean by thanking Allah is to look after these creations i.e. plants, water, and animals because they are created for our benefits.

Dear brothers and sisters:
Then the Surah moves on to deal with a different subject which is the mission of prophets and messengers since Noah till Muhammad [pbuh]. Their mission is to worship Allah alone and not make partner with him; to spread justice and prevent injustice; and to call for good and for avoiding evil.
The Surah says, ‘And We had certainly sent Noah to his people, and he said, “O my people, worship Allah; you have no deity other than Him; then will you not fear Him?” [23:23]
Then the Surah calls all prophets and messengers to eat the good food and do good deeds. The Surah mentions: [Allah said], “O messengers, eat from the good foods and work righteousness. Indeed, I, of what you do, am Knowing…’ [23:51] 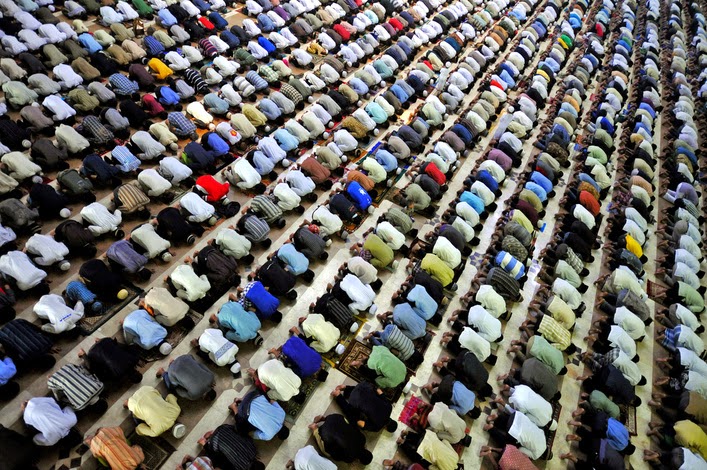 The Surah also offers questions to the disbelievers to show them His power, His Sovereignty over this world. The Surah also deals with divine commandments and teachings for Muslims. Among these teachings is to be tolerant, patient, and forgiving toward others. It mentions, ‘Repel, by [means of] what is best, [their] evil. We are most knowing of what they describe…’ [23:96]

Among the other teachings in the Surah is that Allah teaches His Prophet how to seek refuge from Satan, and to ask Allah’s protection from His whispers and insinuations. The Surah mentions: ‘And say, “My Lord, I seek refuge in You from the incitements of the devils…’ [23:

Dear brothers and sisters:
We should contemplate the meaning of the Surah and learn from the lessons it contains, for this will make us among the successful.