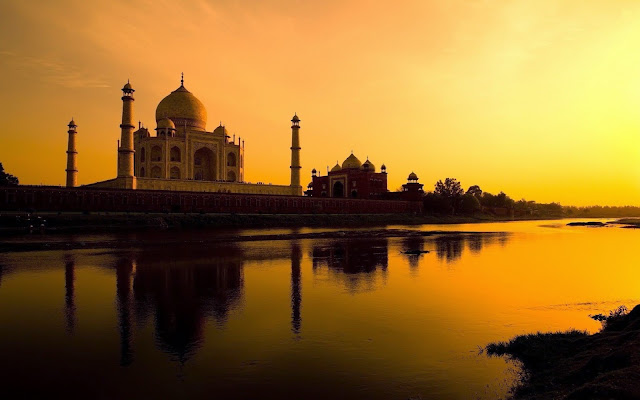 Dear brothers and sisters:
Today I will deal with the story of a great and noble man who was a sincere, pious,
knowledgeable judge, a remarkable exegete of Qur’an and a righteous leader of the Muslim nation. I have dealt before with stories of great men and women in Islam, such as Abu Bakr, ‘Umar, Aishah, and Khadijah. Form these stories we learn about our history, we learn wisdom, admonition and we learn lessons.

Ali was the young cousin of Prophet Muhammad, born in Mecca around the year 24 B.H. [600 CE]. He was the first boy to embrace Islam when he was 10. His wife is Fatimahh az-Zahara, the first lady to be in paradise, and his mother Fatimahh bint Asad. His father was Abu Talib, Prophet Muhammad’s uncle and staunch supporter.
Ali was raised and educated by Prophet Muhammad [pbuh] and his first wife Khadijah. When Ali was a young child, a great famine ravaged the area around Mecca, food was scarce, and many families were unable to feed and clothe their children. Muhammad, who was not yet a prophet, offered to care for his young cousin, while Al-Abbas offered to care for Ja‘far Ali spent his childhood with Fatimah, the youngest daughter of Muhammad and Khadijah. Some years later when the Muslim community had migrated from Mecca to the city of Medina Ali went to Prophet Muhammad (pbuh) and proposed marriage to Fatimah.

Ali however was upset by the fact that he was very poor and had nothing of value to present to Fatimah as a bridal gift. Prophet Muhammad reminded him that he had a shield, to sell. Ali sold the shield to Uthman ibn Affan and was about to run excitedly back to the Prophet when Uthman stopped him and returned his shield, offering it as a marriage gift to Ali and Fatimah. Ali got married to Fatimah and Prophet Muhammad himself performed their marriage ceremony. Ali never married another woman while she was alive. They had four children: al-Hasan, al-Husayn, Zaynab, and Umm Kulthum.

Dear brothers and sisters:
When the disbelievers of Mecca planned to kill Prophet Muhammad, it became necessary for him and Abu Bakr to leave Mecca under the cover of darkness. As they walked into the desert night it was the teenager Ali who slept in Muhammad’s bed, knowing that at any minute assassins could enter and attempt to murder him. 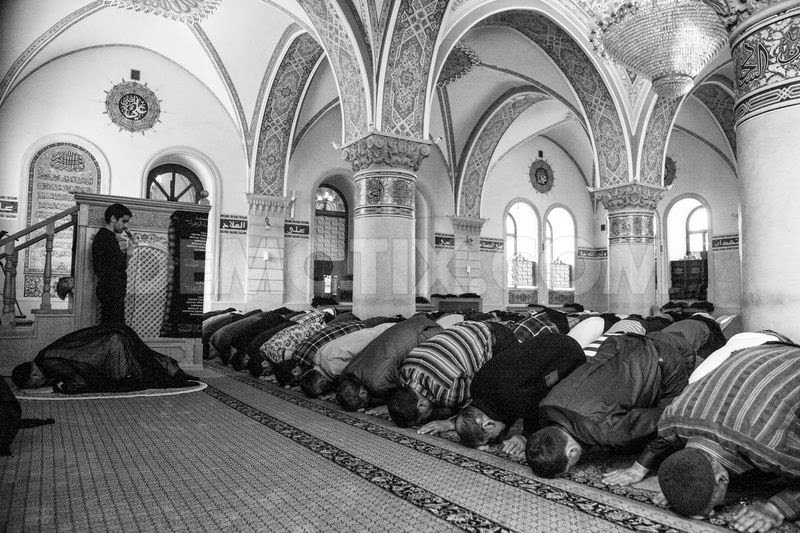 Ali survived the plot, but risked his life again by staying in Mecca to carry out Muhammad's instructions: to restore to their owners all the goods and properties that had been entrusted to Muhammad for safekeeping. Ali then went to Medina with his mother, Muhammad's daughter Fatimah and two other women. Prophet Muhammad considered his young cousin to be amongst the bravest, trustworthy and pious of his companions. Soon afterwards, Ali joined his beloved cousin in Medina. Ali was the fourth rightly guided Caliph. He followed in the footsteps of Prophet Muhammad, Abu Bakr, Umar, and Uthman, and ruled the Muslim Empire, according to the divinely revealed law of God, from approximately 656 to 661 CE. Ali was the young cousin and son in law of Prophet Muhammad.

He spent his childhood emulating the noble character of his beloved cousin, and in his youth learned the details of Islam. Ali grew into a noble warrior; physically strong and assertive but with a humble heart, filled with love for God and His Messenger Muhammad. Muslims remember Ali for his courage, his honesty, his generous and kind behaviour towards others, and his unswerving devotion to Islam.

After the migration to Medina, Ali married Fatimah, the daughter of Prophet Muhammad. The young couple led a simple and austere life, for Ali did not care for material wealth, rather he was focused on pleasing God and attaining everlasting bliss in the next life. They had no servants or slaves.
That evening Prophet Muhammad visited Ali and Fatimah in their home. He sat on the edge of their bed and taught them words of remembrance with which to praise God. He assured them that remembering God would be more beneficial for them than a servant or slave to ease their workload.
Ali never forgot the words of advice given to him that night, later in his life he said that not a night passed that he did not recite those words before sleeping. Ali and his family went to great lengths to please God, often they would go hungry themselves giving away all their food to people poorer than themselves. Ali’s generosity knew no bounds, he treated everyone, with respect and kindness.
The young “lion” participated in all the battles fought in the early days of Islam except on one occasion. It is reported in the authentic traditions of Prophet Muhammad that during the battle of Khaybar Prophet Muhammad bestowed a great honour on his young cousin. Prophet Muhammad informed his companions “tomorrow I shall give the standard (flag) to a man who loves God and His Messenger and is also loved by God and His Messenger, he does not flee the battlefield, and God will bring about victory through him”.

The companions of Prophet Muhammad spent the night wondering who the flag would be handed too. Umar Ibn Al Khattab is believed to have said that it was the only time he longed for leadership, but this particular honour belonged to Ali. 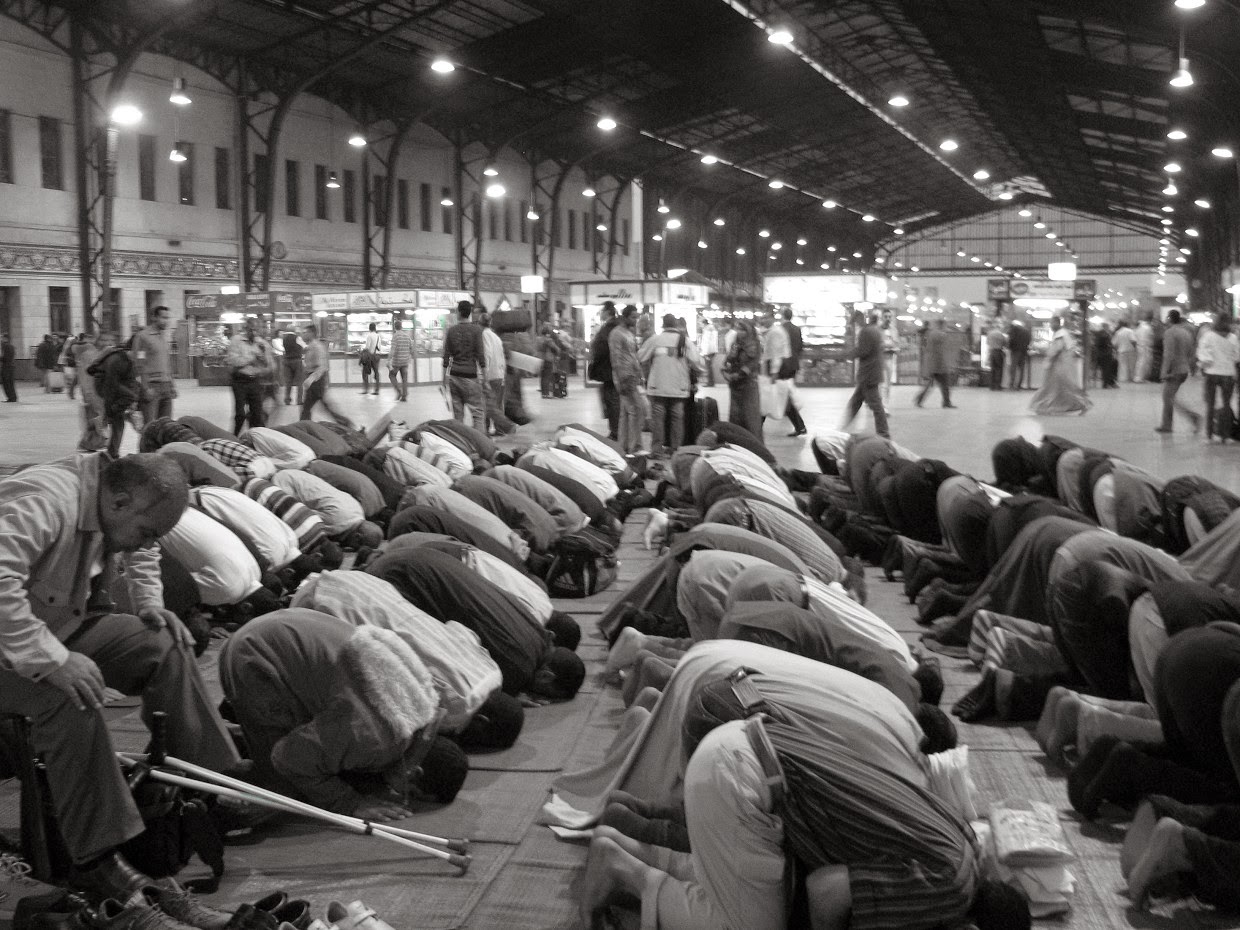 Dear brothers and sisters:
After Uthman Ibn Affan was murdered in the service of the Muslim nation, Ali was chosen as the fourth of those known as the rightly guided Caliphs. Many Muslims were eager for Ali to take on leadership but Ali was concerned that already the seeds of rebellion were being sewn among the believers.

He hesitated until some of the companions who had been closest to Prophet Muhammad urged him on and gave him their support. The events surrounding Uthman’s murder had flung the young Muslim nation into a period that became known as the “time of tribulation”. Ali began and ended his Caliphate in times of trial and tribulation however; he remained true to his convictions and ruled in a manner that befitted the child who learned his morals and values at the feet of the Prophet Muhammad.

War broke out amongst the Muslims and Ali found himself attempting to lead a nation beset with rebellion and in fighting. Two fitnahs or battles broke out amongst Muslims during the era of Ali, the Camel battle, and Siffin battle. The First Fitnah, 656–661, followed the assassination of Uthman, continued during the caliphate of Ali, and was ended by Muawiyah's assumption of the caliphate.

The second fitnah occurred later when Ali was challenged by Muawiyah I, the governor of ash-Sham [great Syria] and the cousin of Uthman, who refused Ali's demands for allegiance and called for revenge for Uthman. The two armies encamped themselves at Siffin for more than one hundred days, most of the time being spent in negotiations. Skirmishes between the parties led to the Battle of Siffin in 657. The two armies finally agreed to settle the matter of who should be Caliph by arbitration. Some of Ali's supporters, later were known as Kharijites (dissenters), opposed arbitration and rebelled and Ali had to fight with them in the Battle of Nahrawan. Throughout this time of civil strife and war, Ali was ever mindful of the great task that lay before him. He was responsible for the people of the Muslim nation.

At this point it must be clearly noted that Ali and Uthman were brothers in Islam, both devoted to God, His messenger Muhammad and the religion of Islam. Ali was murdered with a poisoned sword. The assassin struck while Ali was praying in the mosque and brought to an end to his life.

Dear brothers and sisters:
We as Sunni Muslims believe that Ali is generally regarded with respect as one of the Ahl al-Bayt, one of the promised ten people to be in paradise, and the last of the four rightly guided caliphs. We view as one of the most influential and respected figures in Islam.

We do not believe in divinity, or in his holiness or his Ismah [infallibility]. Infallibility is only for prophets and messengers. We do not believe that Ali inherited from Muhammad the saintly power [wilayah] that makes the spiritual journey to God possible.

Abu Bakr, Umar Ibn al Khattab, Uthman Ibn Affan, and Ali Ibn Abu Talib were men of noble stature and high moral fibre, they ruled with the Qur’an and the lessons taught to them by Prophet Muhammad.